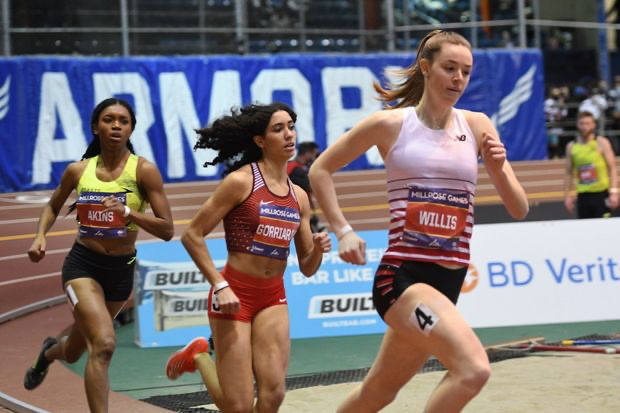 The 114th Millrose Games looked to continue its legacy of bringing some of the fastest athletes in the world to 168th Street in New York City. Although the pro races bring in the largest crowds, the high school races help to show the next generation of runners. This included a few Rhode Island runners across both track and field. Although Rhode Island may be a small state; they left a large mark at Millrose.

This began on Thursday night at Tarik Robinson-O'Hagan continues to prove he is the best thrower in the nation. Owning US #1's in both the weight throw and shot put; he has continually improved on these marks throughout the season. Millrose was no different as his third throw of 82" 3' was over a foot further than his personal best. He also beat US# 2 Michael Pickney of New York who also finished second at Millrose, and fellow Rhode Islander Asher Robbins moved into US #3 thanks to his throw of 74" 11.25'. O'Hagan now moves to a foot and an inch from Adam Kelly's state record of 83' 3.25' also set at Millrose back in 2015.

On Saturday, Saint Raphael's Pedro Mayol took on the nation's best in the 600 where he clocked a US #17 600 at 1:22.9. This placed RI #15 all-time and continues the strong middle-distance program of Saint Raphael's that includes both Kipyego brothers. Teammate Devan Kipyego ran in the New Balance High School mile after blazing a 4:13 to qualify. He finished in 4:18 for 11th in a star-studded field won by Conard's Gavin Sherry in 4:06.58 for a new meet record. 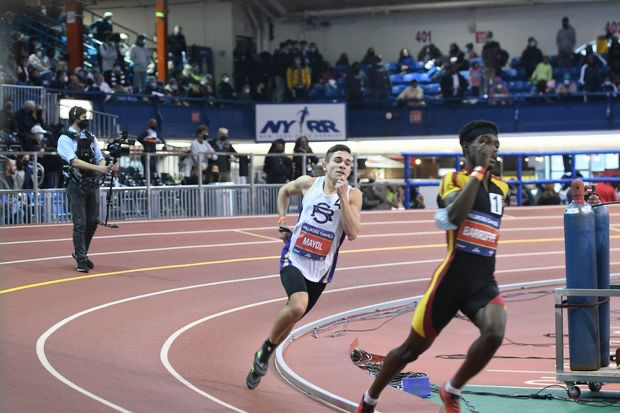 Our final Rhode Island athlete was Moses Brown's Sophia Gorriaran. She was not in the high school race like her fellow Ocean State athletes, but instead in the Jack & Lewis Rudin women's 800. She was not the only high schooler in the field as Roisin Willis of Stevens Point, Wisconsin was also invited.

The two have raced several times and produced some of the nation's fastest marks because of it. Now, the two faced off yet again and steadily moved through the pack, but Willis bested Gorriaran by a slim .38 margin as they both ran 2:03 for US #1 and #2. This was a season's best for the Moses Brown Quaker, and she looks to improve that mark as the season progresses. Ajee' Wilson of Adidas expanded her win streak at the armory to 9 years as she cruised to the win in 2 flat.

As championship season approaches, look for these names and more to make their mark on the state and national levels.