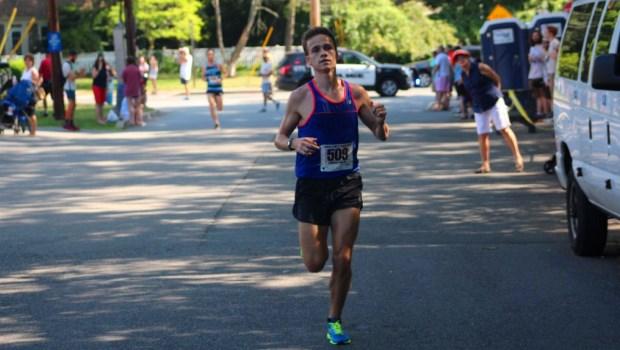 The 23-year-old Crawley out-dueled ex-PC teammate Kevin Cooper (second, 20:47.81) and former Cumberland all-stater Ben Drezek (third, 20:54.55) in a tightly-contested race up front. After passing two miles in 10:05, the trio battled on a long, downhill stretch on Abbott Run Valley Road. At the 2.5 mile mark, there seemed a moment of confusion as Crawley, Cooper and Drezek went slightly off course. The glitch slowed the trio by about 20 seconds, and allowed eventual fourth-place finisher Brian Fuller (21:08.85) to take over the front-running duties momentarily.

After correcting the course, the trio went to work and reeled Fuller in by three miles. As the group turned onto Sun Valley Drive, Crawley took command and opened a five-meter gap on the tough incline leading out of Sun Valley. Extending the lead slightly over the last half mile, Crawley bested Copper with a seven-second margin of victory. He was followed by the 19-year-old Drezek, a junior-to-be at UMass-Lowell. 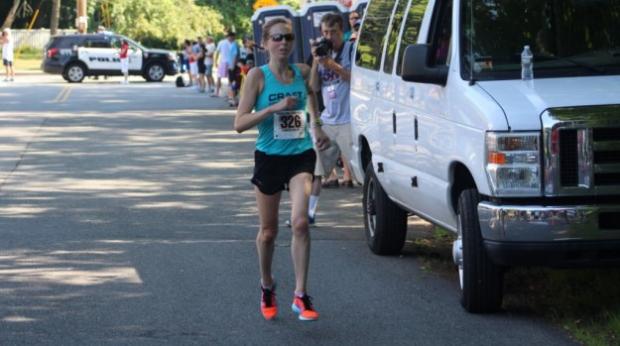 In the women's race, Hilary Dionne claimed her fourth title in the last five years. The 32-year-old Dionne, a former Cumberland standout, finished with a time of 22:40.88 to place 13th overall among the 522 finishers. Placing second and 15th overall was Worcester Academy junior Coco Arcand, who was timed in 23:07.97.