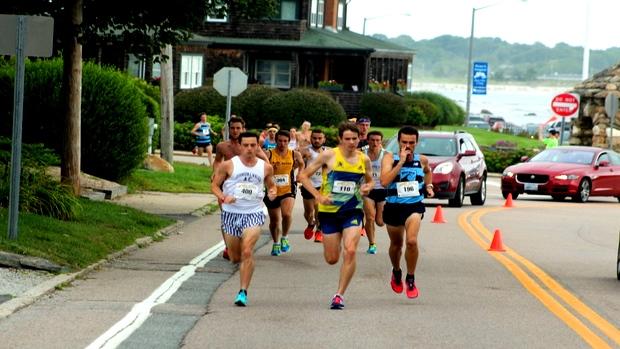 The quantity may have been less, but the quality was still there.

Brian Harvey of the BAA captured the tenth annual Bobby Doyle 5M Summer Classic with a winning time of 24 minutes, 17 seconds. Harvey broke away from eventual second-place finisher Julian Oakley at two miles and gradually increased his lead with each passing mile. Oakley was timed in 24:32 for his runner-up placement.

Harvey, the 2016 Hartford Marathon champion, ran alongside Oakley and Brian Doyle after the first mile, which the trio passed in a quick 4:44.  Harvey and Oakley would begin to distance themselves from Doyle by the time they reached 1.5 miles. The duo would hit the two-mile mark at 9:39. Harvey would pass three miles in 14:37, a point he held a sizable eight-second cushion on Oakley.

In the women's race, last year's runner-up Salome Kosgei got it right this time. But just barely.  Kosgei broke the tape with a time of 28:13 (29th overall), a mere second ahead of Jessica Broderick (30th overall)..