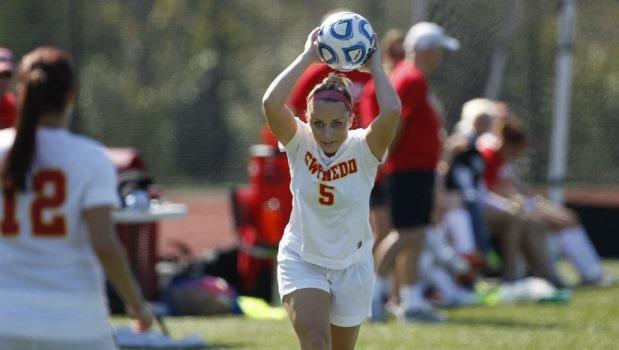 Amelia Garris,a 2008 graduate of Narragansett High where she competed in track and soccer, contacted Complex Regional Pain Syndrome two years ago and has difficulty walking. The race committee of Sunday's Bobby Doyle Summer Classic recently purchased her a high-tech wheelchair.

Most of us know that this Sunday’s Bobby Doyle Summer Classic at Narragansett Pier School (9 a.m.) was formed more than eight years ago to honor the legendary R.I. marathoner.

But the late Doyle’s brother and co-race director Jim Doyle and his committee, comprised mostly of the Hall-of-Famer’s former teammates and competitors from the 1970s and 1980s, also wanted to have a race that truly embodied what Bobby Doyle stood for. Not only was he a great runner and ambassador for the sport, but a person that always gave back to the community, donating his time to such organizations as the R.I. Special Olympics, Leukemia Society, American Heart Association and American Cancer Society.

In its history, the Doyle race has raised more than $75,000, money it has utilized to enhance youth and high school running. It provides scholarships to two deserving young student-athletes each year to aid in their post high-school education. This year the race has added the Holly Walton Scholarship, awarded to a minority student. The funds have also assisted those in need, such as Austin Gaudreau, a former North Kingstown High runner who was critically injured after being struck by an alleged drunken driver in 2013. 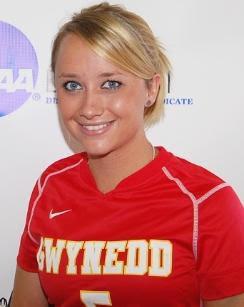 Amelia Garris is the latest example of the Doyle race’s primary mission. She graduated from Narragansett in 2008 where she was a soccer player and top sprinter/hurdler for the track team, two sports she continued to participate in while attending Gwynedd-Mercy College in Pennsylvania where she earned a bachelor's degree in Early Childhood Elementary/Special Education. Unfortunately, Garris’s life changed dramatically in September of 2013 while working as a hostess at a South Kingstown restaurant. She was bit on her right leg by a customer’s dog and through that bite suffered a rare disease known as Complex Regional Pain Syndrome (CPRS).

According to the National Institute of Neurological Disorders and Strokes, “CPRS is a chronic pain condition most often affecting one of the limbs (arms, legs, hands or feet), usually after an injury or trauma to the limb. CPRS is believed to be caused by damage to, or malfunction of, the peripheral and central nervous systems.” The disease currently has no cure, and Garris, who uses crutches for mobility, is in constant pain.

“It's a chronic disease,” she said. “The pain is a daily challenge.”

Although difficult, Garris is determined to not let the disease stand in the way of a normal life. She has worked as a middle school track coach at Narragansett Pier School and up until recently she has also volunteered her time at the Special Olympics.

But with the disease worsening, it is getting more difficult moving around with the use of crutches and a specially-designed wheelchair will be needed.

The Doyle Foundation heard about Garris’s story about two months ago and it didn’t take long to make the decision of purchasing a new $2,000 high-tech wheelchair for the former Narragansett athlete.

“I feel really great about this,” Jim Doyle said. “I am happy that we are able to help a person like this; someone that has donated their time working for a place like the Special Olympics, someone that is an athlete. She’s a fighter and that’s what Bobby was. I am hoping with this she can do the things in life that she enjoys doing.”

Garris showed up at the race committee’s final meeting on Wednesday for this weekend’s event to express her gratitude for the wheelchair, something that will now allow her to resume as normal a life as she can, which will include being able to working as a Special Education teacher.

“I have been fighting to try and get this wheelchair for a while,” she said. “Receiving this has been a blessing. I don’t even know how to say thank you enough. This wheelchair is going to give me a whole new life; finding a new way to be a professional and athlete is what this chair will do for me.”

Garris will be receiving her new wheelchair in a few weeks. On Sunday, she will at the Doyle five-miler and will serve as an honorary starter. She also plans to possibly take part in the race with a wheelchair that was donated to her by a good friend.

“My friend gave me a wheelchair that can get you from Point A to Point B. I am hoping to wheel on my own,” she said. “I will be at the race. My sister will be running. My mom will be walking. She is either going to push me or I will try on my own, but I will be there.” 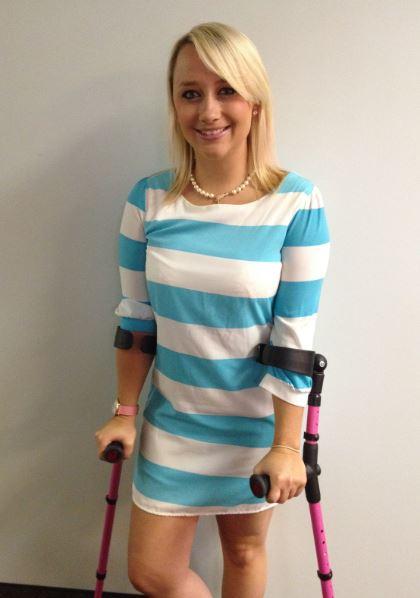