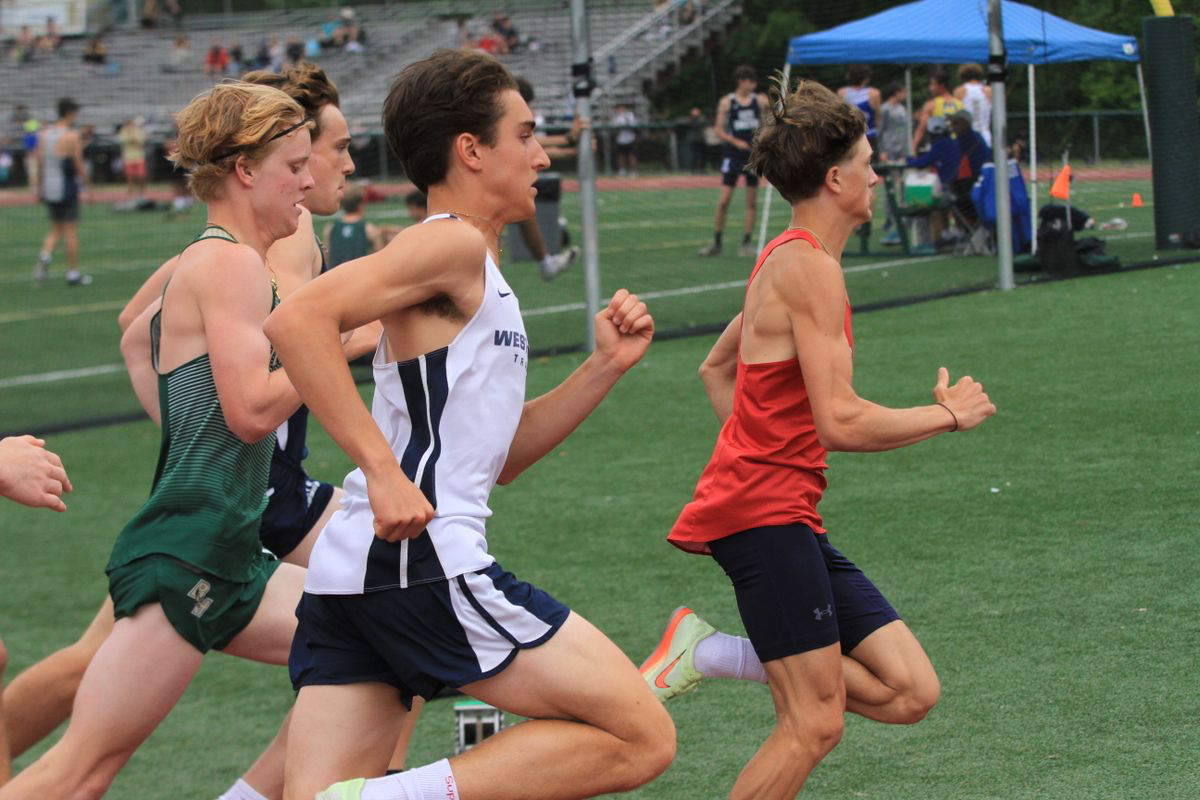 This year the RIIL State has come around a few weeks earlier with just as many top athletes as last year. Events ranging from the 100 to 3000 will be hotly contested on both sides with very few runners being locks to win. In the field, a similar story occurs with very many contested events. Like during indoors, we highlight the top 6 events to watch out for on the boy's and girl's side.

Caroline Cummings of La Salle comes into the event with the top seed time of 2:13.82. Behind her, is a large group of runners between 2:17.24 to 2:24.09. Last year's champion, Rhylee Shunney, will not contest the event. Cummings, who finished second to Shunney in 2021, looks to take home the title. Her teammate and future BU Terrier Lily Borin is the two seed at 2:17.24, and Grace Carr is the 3rd runner below 2:20 with a 2:18.61. This race also has team implications with La Salle, Classical, and Cumberland all having athletes in the fast section. One notable omission is Sophia Gorriaran of Moses Brown. The junior will not contest the state meet although she owns the second-best time in-state time of 2:15.87. Her top mark at Trials of Miles NYC of 2:00.65 is US #2 and #8 all-time.

This year is the deepest year for the long jump in state history. It is a rare event when an athlete breaks 22 feet, but when three break 22 and one breaks 23 feet is it an unseen feat in Rhode Island. Jaden Saunders of Smithfield jumped 23-03 and will also contest the high jump where he owns the top seed of 6-4. The senior will have competition from St. Raphael's junior Ethan McCann-Carter who has jumped 22-05, Classical's senior Marquis Buchanan who has jumped 22-01.5, and Portsmouth senior Colby Fahrney who has jumped 22-01. The three will also have a further 4 athletes above 21 feet and 7 athletes above 20 feet. In previous years, breaking 20 meant scoring, but now breaking 21 may not even make the top eight.

It is common for sprint times to be close, but for every single time to fall within 1.2 seconds shows the depth currently found in Rhode Island. Sophomore Ailani Sutherland of Cranston West will face freshman phenom Xenia Raye. They hold PRs of 25.71 and 25.94 and hold a further .2 seconds on the competition. These two will contest the 100 together as well as Raye in the 400 and Sutherland in the 4x100. This will be the final event of the day for both athletes, and it will be a toss-up of the winner with both athletes running on tired legs. Any athlete could sneak onto the podium with the times being so close together.

The top section of the boys 400 is separated by just .57 seconds. This range of 50.4 to 50.97 could see our first athlete break 50 this season. John Schultz and his 50.4 look to be the favorite, but when tenths and hundredths of a second are at play, anything can happen. Mount Pleasant's Denzel Young and Classical's Javier Gomez could find themselves with a chance to win the final 100 meters with PRs of 50.55 and 50.64 respectively. This 400 is the fastest on record with 51.98 scoring last year, but that would not even make the second heat this year.

After seeing North Kingstown and Bishop Hendricken's battle in the 4x400, there is no question this could be the race of the day but has to fall to second. When considering point implications, La Salle comes in with the 1 seed at 3:29.13. However, they are closely followed by NK, HEndricken, Portsmouth, South Kingstown, and Classical. The likes of Lachlan Bishop, Evan McGregor, Jake Sullivan, Kaden Kluth, Tony Capalbo, and Javier Gomez could make or break the Rams and Hawk's chances of winning the state championship. It is important to remember that Barrington is the 7 seed at 3:33.63, and with many runners doubling or tripling, it could be anyone's race. 4x400s are one of the most exciting races at track meets, and this year's seeded section is bound to be one to remember.

This is no question why this is the race of the day. This race will feature a seeded section with 7 runners sub 1:56.3. They are led by Portsmouth's Kaden Kluth at 1:52.58 and Tony Capalbo's 1:53.51. Capalbo will be doubling back, but so will Saint Raphael's Devan Kipyego. Kipyego looks to repeat his triple indoors, and this will be his toughest event by far. Coming in as the 8th seed at 1:58.09, we know he is capable of a faster time as he split 1:59 in his 1500 last week. However, Kluth will not be doubling like indoors and has focused on the 800. He will be coming off the 1500, and have a 3000 after against many fresh runners including Henry Dennen of Cumberland, Cooper Michaud of Classical, and Jacob Connolly of East Greenwich. Kipyego will need to be tactical and efficient to win and not exert as much energy as possible. Kluth will most likely make this a fast race, and we could see an opening lap as fast as 54 seconds. Be prepared for a race where the winning time could be 1:50 or 1:51 with scoring positions having major point implications with 2 La Salle and one Hendricken runner in the seeded section.