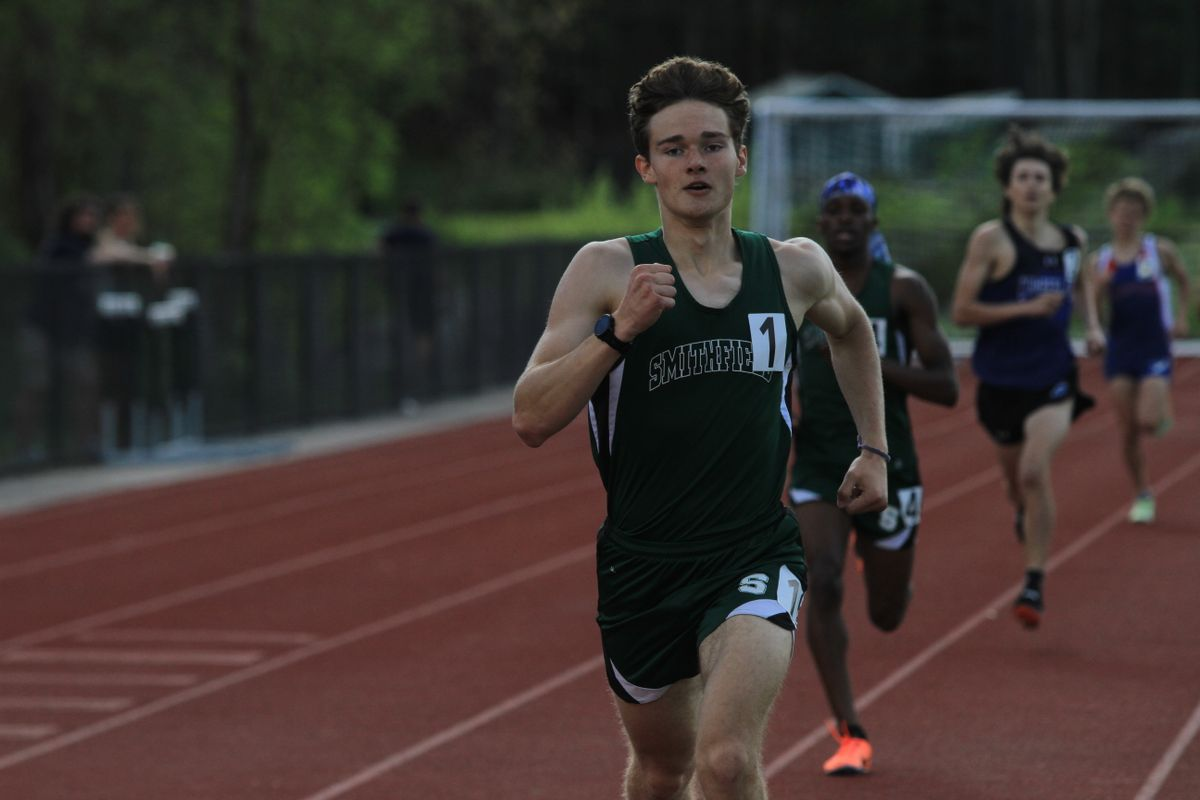 Over the course of the weekend, eight meets took place across Rhode Island. These meets were the Divisional Championships. Each of the four divisions, Eastern, Central, Northern, and Southern, contain roughly 12-15 teams. Each division has its favorites with the Central division boasting the likes of Classical, La Salle, Central, and Hendricken. Eastern contains Barrington, Portsmouth, Rogers, and Saint Raphael's. Southern contains Chariho, North Kingstown, South Kingstown, and Westerly. Northern contains Cumberland, Lincoln, Smithfield, and Woonsocket. Some of the states best faced off in the first postseason meet of the year.

In the Boys' Eastern Division, Barrington took the win over a talented Portsmouth team by a score of 159-126. The two sides combined for a total of half the wins in the meet, with Barrington having seven of them. Barrington was led by Ethan Knight. The sophomore took the win in both the 110 and 300 hurdles. Fellow sophomore Brandon Piedade took home another 18 points thanks to his 1500, 3000 double where he won the 3k in 9:26.82 and took second in the 1500 in 4:06.27. In the throws, Barrington also accumulated points on a large scale thanks to six throwers scoring a combined 59 points across the four events. The Patriots of Portsmouth had several notable sixers including senior Kaden Kluth take home the win in both the 1500 and 800. The 800 specifically saw him edge Pedro Mayol out by .02 seconds. He also would triple-back to take runner-up in the 4x400 to East Providence. Barrington took the 4x100 and 4x800 relay titles at the start of the meet.

In the Boys' Central Division, Bishop Hendricken dominated the competition. They swept the Distance events, scored big in the hurdles, and won the 4x100 and 4x400. Senior Evan McGreggor won the 1500 and 800 while junior Troy Silvestri took the win in the 3000 while leading a 1-4 sweep. The hurdles saw Hendricken go 2-5 in the 110 hurdles while senior Jacob Naiefeh and senior Hayden Clare went 1-2 in the 300 hurdles. In total, Hendricken scored 37 points in the hurdles and a further 57 points in the distance events. They also saw wins in the triple jump, discus, and shotput. Hendricken finished with 247.5 while Central scored 100 and La Salle took third with 75 points. Some other noteworthy performances were La Salle's 4x800 victory to open the meet, Jared Gibbons RI #1 10.91 100, four runners breaking 23 in the 200 final, and the javelin where La Salle's went 1-2 with Maxwell Cute and Parker Rush.

In the Boys' Northern Division, the Sentinels beat out the Clippers of Cumberland for the division title with a score of 153-142. Smithfield saw six champions across the 19 events, and many more top-six finishes. Junior Elijah Saddlemire had a great day specifically racking up 26 points for his team. He took second overall in the 400 in a blistering 51.62 before doubling back off of short rest to defend his 800 title and meet record from the previous year to run 2:01.54. He also helped lead the Sentinels to a runner-up finish in the 4x400 behind Cumberland. Sophomore Jason Padula and junior Cole McCue took the 1500 and 3000 wins respectively. Another great performance came from senior Matthew Stamatelatos of North Smithfield. The senior led his hurdle trio of Aidan Bienvenue and Ray Marsella to scoring a combined 40 points in the two hurdle events. Stamatelatos took the win in both as well as a runner-up finish in the 4x100 and a win in the 200 later that day. Tarik Robinson-O'Hagan swept the shot put, discus, and hammer throw taking home 30 points for the Villa Novans.

In the Boys' Southern Division, North Kingstown barely beat South Kingstown with a final score of 142-135. North Kingstown won a total of six events, but the 3000, won by Jackson Borge, was the only individual track event title for the Skippers. Instead, their field and relays helped carry them to victory with many top-six finishes. North Kingstown went 1-3 in the hammer led by Andrew Harmon, and 1-2 in the shot put once again with Harmon leading the way. North Kingstown also won the 4x100 and 4x800 titles with South Kingstown capturing the 4x400. South Kingstown's Antonio Capalbo, however, had arguably the best performance across all divisions. He amassed a combined 36 points while running 14.25 laps. He took the win in the 1500, then 800, followed this with a 3rd place in the 3000, and mustered up enough to win the 4x400 for his team. He broke his own 1500 divisional record along the way. Another runner to look out for is junior Ian Clarke. He won the 100 and 200 and set two new division records in the process. He also ran on the 2nd place 4x100 and 6th place 4x400 for the Chariho Chargers.

In the Northern Division, the Cumberland Girls dominated scoring 212 points to Smithfields 101. The lady clippers took 7 wins on the day across relays, distance, and field events. Junior Alyssa scored 24 points across three events with wins in the shot put and discus as well as a fourth-place finish in the hammer throw. Cumberland also took the top three spots in the triple jump and won the 4x400 and 4x100 relays. Grace Carr, who has had a breakout year, took the win in the 1500 breaking former teammate and current PC Friar Olivia Belt's record with a time of 4:50.49. Lauren Boyd of Smithfield was another athlete who broke a meet record with a 12.83 in the 100 preliminary. However, she broke her record from a year ago as she also broke the long jump meet record, took 4th in the 200, and 3rd in the 4x100 to score 30 points on the day.

In the Central Division, Classical won by a margin of 60 points over Cranston West who finished with a final tally of 186 to 126. Classical found points in 18 of 19 events with .004 seconds in the 100 stealing a point in every event. Classical dominated the hurdles amassing 31 points led by senior Jacqueline Edoro's wins in both the 100 and 300. She also took the long jump win to accumulate 30 of her team's points. Similar success was found in the throws with 60 points across the four throwing events. Their most dominant was the discus throw with a 2-5 finish. Cranston West found similar success in the sprints with a 1-3 finish in the 100 and a 1-3-4 finish in the 200. This was led by sophomore Ailani Sutherland who continues to dominate in Rhode Island. Caroline Cummings swept the 1500 and 800 while in the relays Central took the 4x100, Classical the 4x400, and La Salle the 4x800.

In the Eastern Division, Barrington high school took the win like their boys' team did with a win over Portsmouth 159-126. The Eagles took 8 wins across the sprints, distance, and field events. They were able to win the 4x800, while Portsmouth took home the 4x400 and East Providence the 4x100. Junior Kyle Keough's performance sticks out as she earned the Eagles 24 points across three events. Her wins in the 800, second place in 1500, and 3rd place in the 4x400 all proved to be essential to her team's victory. Barrington's throws also helped secure the win with 36 points across the discus, hammer, and shotput of the throwing events.

In the Southern Division, the result matched the boys' with North Kingstown beating South Kingstown 155 to 100. Freshman sensation Xenia Raye took home 28 points for the wizards with wins in the 100, 200, and a runner-up finish in the 400 by .07 seconds. She took home over half of her team's points. North Kingstown dominated the relays winning both the 4x800 and 4x100. They also found success in the throw going 1-3 in the javelin. This was one of the skippers' five wins but found a lot of success with many top-six finishes. South Kingstown won the 4x400 and found success in winning the 110 hurdles.