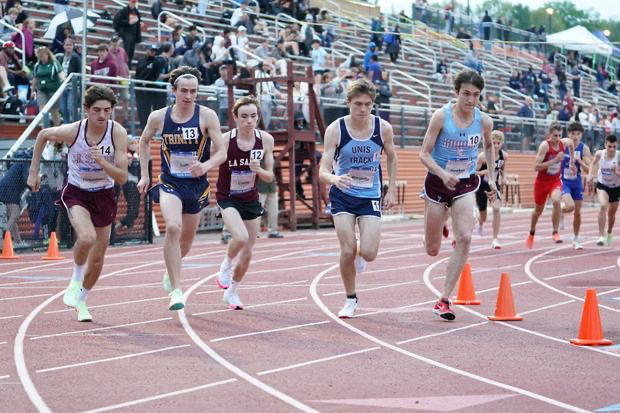 With divisionals this weekend for the state of Rhode Island, many did not travel to compete individually. However, some relay teams made the trek north to White Plains New York.

Classical sent two relay teams, a boys Distance Medley Relay (DMR), and a girls Sprint Medley Relay (SMR).  The DMR consisted of Nicholas Mott on the 1200 leg, Javier Gomez on the 400, Sam Healy taking the next two laps, and Cooper closing it out with the 1600.  The team placed 5th overall in 10:38.36.  Ridgefield won the East Coast Distance Medley Relay in 10:27.21.  The girls SMR saw Caroline Jankowich on the anchor as the 800 leg along with teammates Jacqueline Edoro, Zaida Depina, and Michaela White.  She was able to get them into 5th place as well in a 4:13.28.  The race was one by Paul Robeson Campus in a new meet record.

Westerly also ran a DMR team in the Open to place second overall.  The team was composed of Nicholas Cozzolino, Robbie Wade, Jakob Delicato, and Jake Serra.  Their team ran 10:47.81 and lost to Avon in 10:39.41.  Their DMR team also did very well with two of the four legs doubling back along with Joe Flood and Gioia Anthony.  They ran 3:42.69 to take 11th overall.  Beacon in New York won in 3:35.35.

Divisionals Recap will come out tomorrow once every division has concluded.