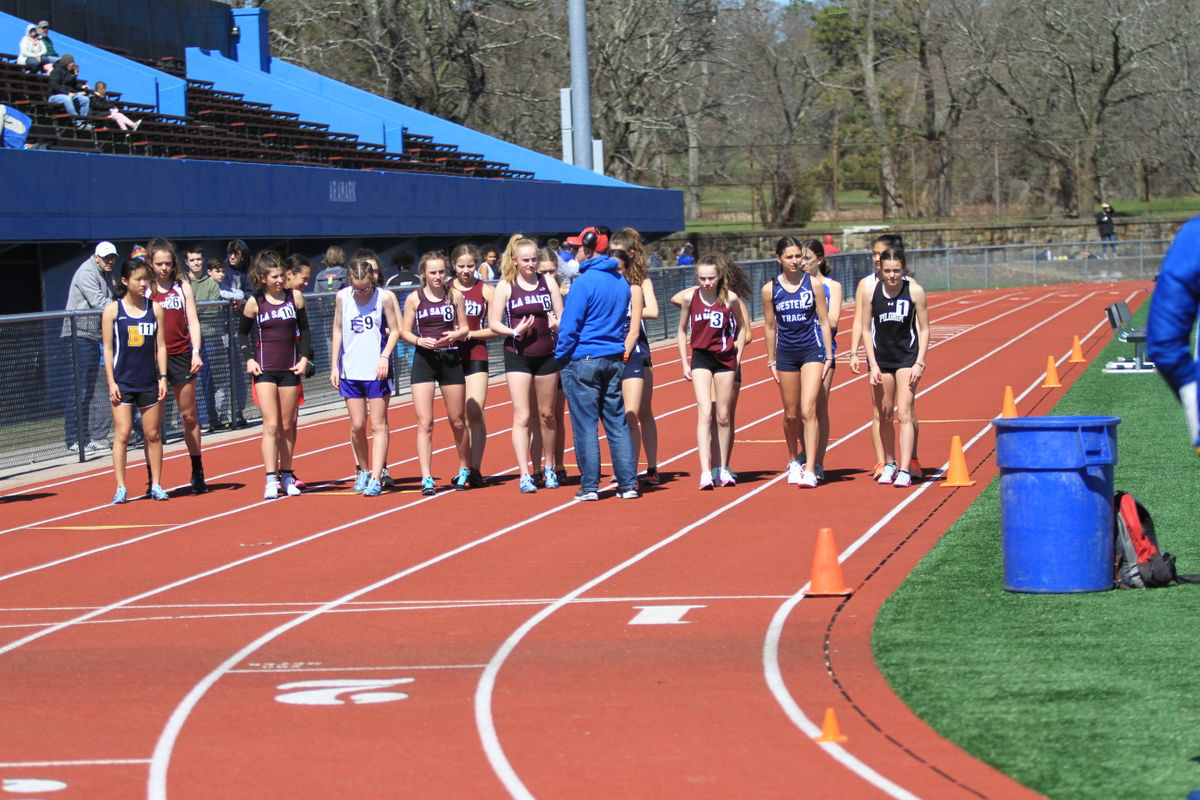 Rhode Island had a brief hiatus from track and field for a few weeks, but this past Saturday at the Knights of Columbus Relays distance runners and throwers made their season debuts.

In the boys throwing events, senior Tarik Robinson-O'Hagan of Woonsocket won the Hammer throw as well as the 6k Hammer in 230-01 and 221-11 respectively. His hammer throw was just 6 feet off his personal best. Senior Asher Robbins of Barrington placed runner-up to Robinson-O'Hagan with a throw of 197-08. He also won the 7.26 kg weight in 174-01 while his teammate senior Liam Zappozza placed 2nd in 165-06.

In the girls throwing events, Lincoln High School junior Jillian Leahy swept the Hammer throw and 3k Hammer. She won by about 14 feet with a throw of 140 in the Hammer and beat sophomore Lily Cregan from Barrington. This was PR of nearly 20 feet for Leahy, and Cregan by 10 feet. Isabella Piette of Woonsocket took runner-up in the 3k Hammer with a throw of 145-05. This is an impressive showing by the freshmen and continues the trend of great Villa Novan throwers.

On the boys' side, La Salle and Hendricken battled once again. La Salle took the win in 2021 thanks to a 4:18 and 4:20 final two legs from Jack McLoughlin and Chase Leach, but in 2022 Bishop Hendricken would take the title back. The quartet of freshmen Jack Moretta, juniors Troy Silvestri, and Brayton Gazzero, and senior Josh Breard secured the win in 18:55.8, a 7-second margin of victory over La Salle Academy. The Rams clocked a 19:02.3, but one thing to note is both teams were missing key members with Hendricken missing the likes of Evan McGreggor and Wilson Jablonski while La Salle did not have Jack Casey.  In Division 2, Barrington High School took the title over Bishop Feehan 19:14.9 to 19:53.1.  In the Division 3 race, Saint Raphael's ran the 3rd fastest time of the day finishing in 19:05.3.  juniors Pedro Mayol and Devan Kipyego split two of the fastest times of the meet with a 4:33 for Mayol and a 4:18 for Kipyego.

Dual Meets will occur over the next few weeks before the Classical Classic kicks off state championship qualifiers.