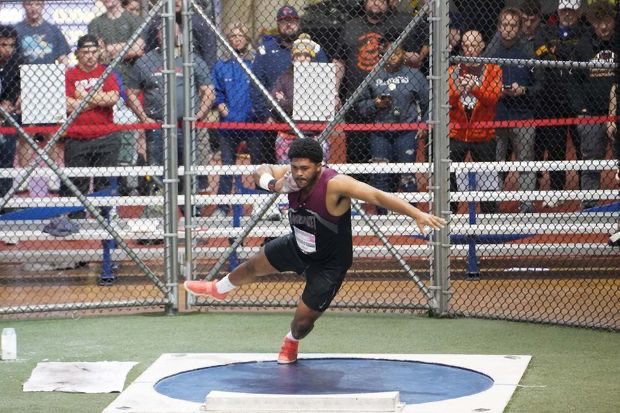 After a two-year hiatus, New Balance Nationals is back at the Armory. This meet has produced national records, state records, and built the next generation of college and professional athletes. The competition this year was on a level never seen before with upwards of 75 entries in some championship races. Rhode Island, however, made its presence known on the national stage producing national champions and many All-Americans.

On Friday in the Girls 400 Championship, Junior Sophia Gorriaran began her eventful weekend. Easily winning her heat to qualify for the final in 55.44; Sophia prepared to race the nation's best the next day. She placed 4th overall, losing by less than .8 seconds as she took 4th overall in 54.8. She then doubled back on Sunday to run both the 800 and the mile. She raced against Senior Roisin Willis of Stevens Point where Willis won in a tactical 2:06.81 over Gorriaran in 2:07.68. Just an hour later she competed in the top section of the mile, splitting 4:35.38 for 1500 before running a 4:53.21 mile for 15th overall and 7th in her heat. Gorriaran added two more All-American honors to her illustrious resume over the three days. Also in the Championship mile was Junior Caroline Jankowich of Classical who placed 70th overall in the mile running 4:09.78 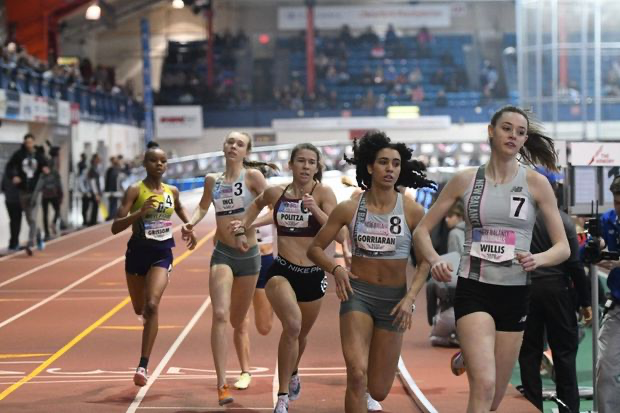 Senior Kaden Kluth ran the championship 800 after running the mile and SMR at Nike to place 16th with a 1:55.2. In the Championship mile, Junior Devan Kipyego of Saint Raphael's made it into the championship mile with 11 other high schoolers. In this race, four runners broke 4:03, and Kipyego finished 12th in his heat and 19th overall with a 4:13.55. He did achieve a new 1500 personal best of 3:54.49 during the race. Also in the race was Senior Antonio Capalbo who set a new mile PR of 4:29.24.

In the Championship Relays, Bishop Hendricken placed 18th in the 4x400 running 3:38.1. La Salle's 4xmile team found themselves against Newbury Park who was chasing a national record. Their anchor, Adam Thibodeau split a 4:25 and crossed the line with a time of 18:01.86. They placed 7th and missed achieving All American honors by 3 seconds. Newbury Park would go on to smash the national record by over 30 seconds with a time of 16:29.31. Bishop Hendricken placed 22nd overall with an 18:40.45. La Salle's 4x200 team were tripped in the prelims but received a second opportunity in the final. They finished 9th in 1:31.89 which is just.3 off their season's best. The Boys Championship SMR saw La Salle and Hendricken run 3:36.7 and 3:38.1 respectively. They placed 12th and 18th overall in the event. Classical and Saint Raphael entered DMR teams into the championship section with the Saints placing 12th in 10:27.1 and Classical placing 20th in 10:40.33. 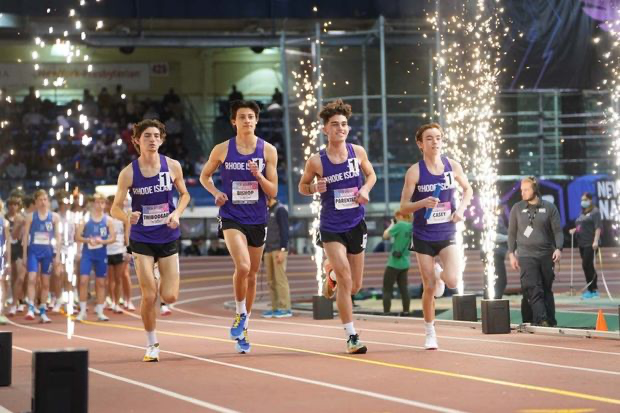 In the Girl's Championship 4x800, La Salle's Seniors Lily Borin, Julia D'amico, Junior Caroline Cummings, and Sophomore Sydney Raynes ran 9:29.74 for 16th place. This improved their state lead and season-best by over 20 seconds. In the Championship SMR, Classical's team of Sophomore Zaida Depina, Junior Caroline Jankowich, and Seniors Michaela White and Jacqueline Edoro ran a combined time of 4:15.77 for 11th overall. This was an improvement by over 20 seconds, is a school record, and the sixth-fastest mark in Rhode Island history.

In the Boy's Championship Weight throw, Senior Tarik Robinson-O'Hagan of Woonsockey led 5 Rhode Island guys into the top 10 with a throw of 81-11.50. Senior Asher Robbins of Barrington placed 4th in 73-01.75, and Junior Christian Toro of Lincoln placed 5th with a throw of 70-06.25. This is a PR by almost four feet. Robinson-O'Hagan's only loss of the day came in the shot put where he lost by just one inch to Senior Max Klein of Newton North.

Sadie Souls broke her school record in the Rising Stars 200 meters in 26.47. She is now 10th all-time in Rhode Island history. 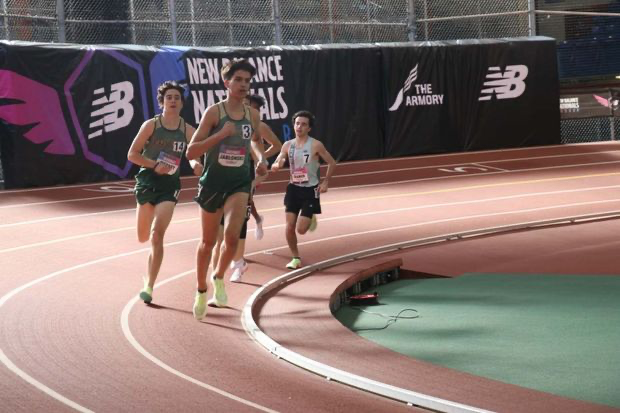 In the Girls Rising Stars Weight Throw, 7 of the top 13 throwers were from Rhode Island. This included champion from North Kingstown, Senior Madison Peters in 44-10.25 as well as runner-up Sophomore from Barrington, Lily Cregan in 43-08.00. Hafez-Soulaiman of Classical barely missed the podium, throwing 41-01.00 for 7th. In the Rising Stars Long Jump, Junior Lauren Boyd placed 7th overall with a jump of 17-06.75. She missed placing by just .25 inches.

In the Freshmen events, Keaney Bayha of Pilgrim dominated, running 2:22.13 for 800. She placed second overall and broke her school record by three seconds. She also placed 11th in the mile running 5:24.53. She, however, would run a 5:18.6 to place 6th at Nike Nationals.