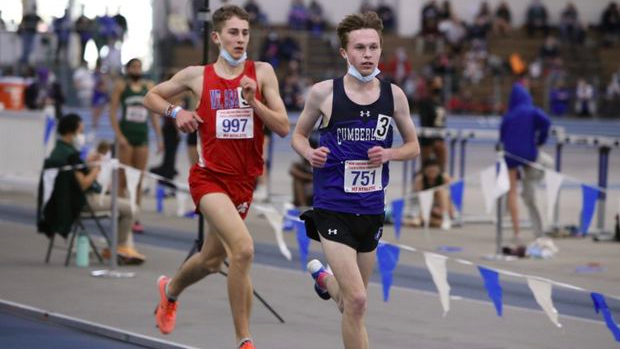 After a year hiatus, New England's is back, and better than ever. The top 6 declared athletes from all events at the state meet of all New England states traveled on Saturday to compete at the Reggie Lewis Center in Boston, Massachusetts. This meet would see up to 36 athletes compete in each event, and the top 6 receive All-New England Honors.

In the boys' distance events, Rhode Island was dominant from 600 to 2 mile with at least one runner in each achieving All-New England Status. In the 600, St. Raphael's Junior Pedro Mayol placed 3rd overall in a PR 1:22.79. He was followed closely behind by La Salle's Senior Lachlan Bishop who ran a lifetime best of 1:22.89. This is a new school record for Bishop, breaking former La Salle great Max Gorriaran, brother of Olympic Trials Qualifier Sophia Gorriaran. Sophia Gorriaran did not attend New England's this year; most likely to get ready for national's.

The 1000m was arguably the race of the day for several reasons. Senior Zach Barry of Scarborough took it out the first 200, but after that Junior Devan Kipyego of Saint Ray's took the lead and held out to the tape. In the last 200, Senior Kaden Kluth of Portsmouth had an extremely fast final lap nearly catching Kipyego, but just missing out. With a 2:28.65 for Kipyego and 2:28.72 for Kluth, they both set school records as well as the 3rd and 4th fastest time in state history. 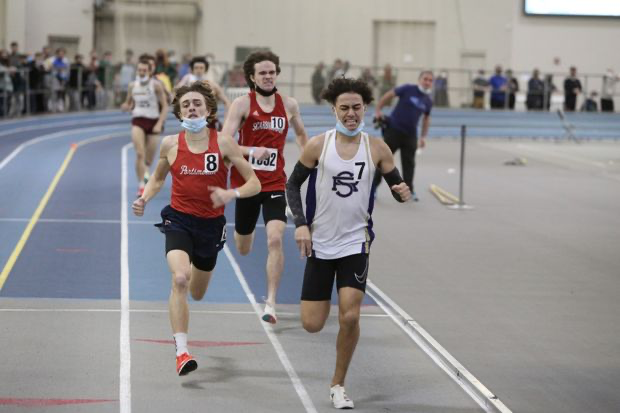 The mile saw scratches from the top two finishers Kipyego and Kluth who chose to run the 1k. This left Senior from East Greenwich Jacob Connolly as the top runner from Rhode Island. Although many did not expect him to be a favorite, his outdoor 1500 PR of 3:58 showed he was capable of competing with the best in New England. As only the 12 seed, that is exactly what he did as he ran away from the field, closing in sub 60 the final 400, setting a PB in the mile in 4:13.88. His win is the 8th fastest time in state history.

Finally, the 2 mile saw Senior Henry Dennen of Cumberland looking to compete with twins Gavin Sherry and Callum Sherry of Conard, Sam Burgess of Framingham, and Aidan Puffer of Manchester. Dennen was unphased by these national talents as he put himself in contention and closed hard to run a 9:12.25 for 5th. This was also a school record for Dennen. Sherry won in 8:51.59 and broke his meet record from sophomore year by nearly two seconds.

For the Girl's distance events, La Salle Junior Caroline Cummings ran a PR placing 3rd in the mile in 5:02.44. The winner, Anna Keeley of Fairfield Ludlowe won over Cary Drake of York high school by just .003 seconds as both runners ran 5:01.52.

In the sprints, La Salle Junior Jared Gibbons placed 5th overall with a 6.57 in the 55 dash. Hendricken athletes Junior Edmund Lok and Senior Kamalie Pemberton made the final but placed 7th and 8th missing out on All-New England honors.

In the field, Smithfield athletes were extremely successful with Junior Lauren Boyd of Smithfield placing 6th in the Girl's Long Jump. Her jump of 17-10.25 found her in a 3-way tie with 4th and 5th, but due to the next longest jumps being considered, Boyd placed 6th. On the Boy's side, Senior Jaden Saunders placed 4th in the high jump with a clearance of 6-03.00.  He also found himself in a 5-way tie for 3rd, but due to misses at previous heights, Saunders placed 4th. In the shot put, Senior Tarik Robinson-O'Hagan of Woonsocket won in a new meet record beating the mark set by Aidan Felty in 2019. His final throw of 67-11.5 sealed the win over Senior Max Klein of Newton North. 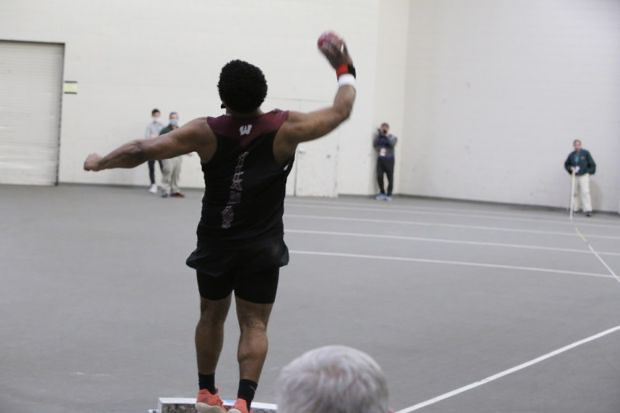 In the relays, the 4x200 on both the boy's and girl's sides saw All-New England placements. Cranston West ran 1:47.17 for 6th. As the 15th seed and placing 4th at Rhode Island states, the team ran over 2.5 seconds faster to earn All-New England honors. On the boy's side, La Salle won the 4x200 in 1:31.28. This is their season's best by half a second. Bishop Hendricken placed 4th out of section two after having the 7th fastest seed time. Finally, the Classical 4x400 placed 3rd overall in a sub 3:30 effort. Their 3:29.23 for 3rd is the best in Rhode Island this year.

With the conclusion of New England's, Athletes will head to New Balance and Nike Nationals held in New York City. Several athletes will fight for All American selection across sprint, distance, and field events. Good luck to all those competing!