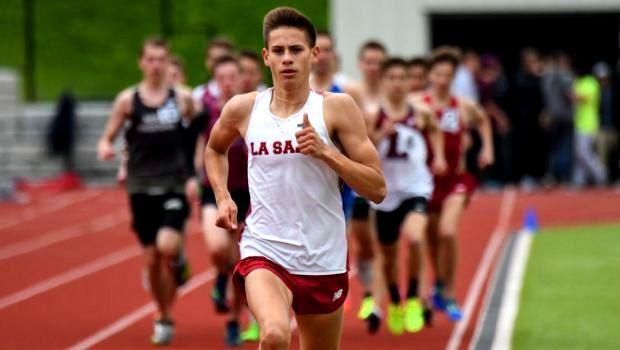 To paraphrase the 1989 hit single by Tom Petty, DJ Principe will be "Running Down A Dream" one last time this weekend when the recent La Salle Academy graduate competes in the mile run at the invite-only Brooks PR Invitational in Seattle, Wash.

The Stanford-bound runner is one of three four-minute milers that are entered in Saturday's race with hopes of dipping under the milestone, one that has been achieved by just 10 high school athletes.  According to La Salle distance coach Bill Myers - "DJ is ready, and all we can do is hope for the best."

The 18-year-old Principe has already come within a second of a sub-4 twice this year. He clocked a state record of 4:00.97 at the New Balance Games this past winter and a few weeks ago established an outdoor mark when he finished with a time of 4:00.73 at the Prefontaine Classic.

Myers indicated that Principe is well rested from his triple-winning (3K, 1,500m, 800m) performance at the June 3 State Meet and, if everything works out as planned, has the possibility to add his name to the short list of sub four-minute milers.