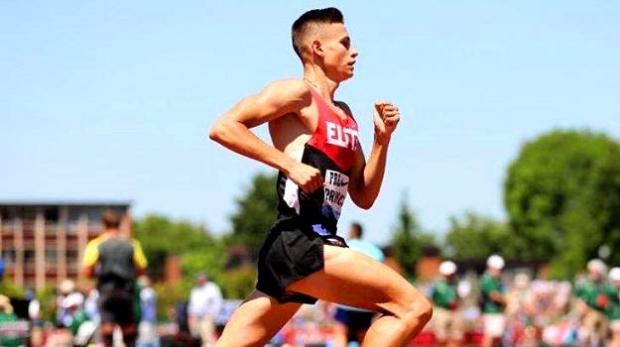 He nearly did it again.

DJ Principe came less than a second from breaking four minutes in the mile on Saturday.The La Salle Academy senior finished 13th overall in the International Mile of the Prefontaine Classic with a new state and New England record of 4 minutes, 0.73 seconds.

"He competed at the highest level possible and went out and did his best," said La Salle distance coach Bill Myers. "You can't ask for more than that."

Although he fell just a few strides of his intended goal, head coach Vin McGinn commented afterwards that Principe's performance on track & field's biggest stage ranks as one of the best.

"It is absolutely amazing," he said. "I am someone who has followed La Salle's history and I think this is the single greatest accomplishment (for sports) in La Salle history. I don't think there is any equivalent."