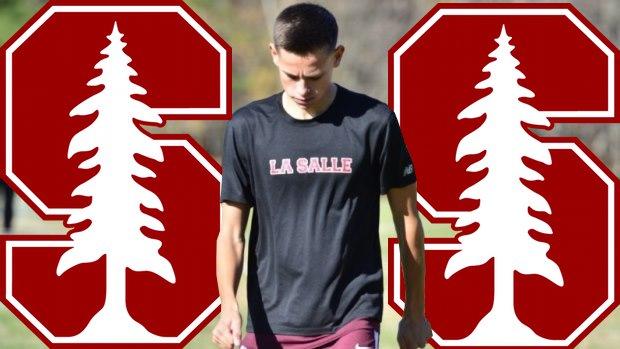 It looks like DJ Principe will be heading out west.

Principe, who currently has the No. 2 time in nation for 5,000 meters (14:32.05), had narrowed his choices down to Stanford, Princeton, Michigan and Georgetown, where his former All-American teammates Jack Salisbury and Matt Bouthillette are now competing.

Principe certainly has potential to contribute greatly to the Cardinals the next four years. He's one of the most celebrated high school runners in R.I., earning multiple state and New England titles for the Rams as well as a national 5K crown at last spring's New Balance Nationals. He also owns several state marks and has bests of 4:07 for the mile, 8:59.05 for the indoor two mile, 8:26.51 for the indoor 3K and 14:37.09 for the outdoor 5K.

Principe will become the second Rhode Islander to attend Stanford in the last three years. Former Classical standout Maddy Berkson is a junior for the Cardinals this year.