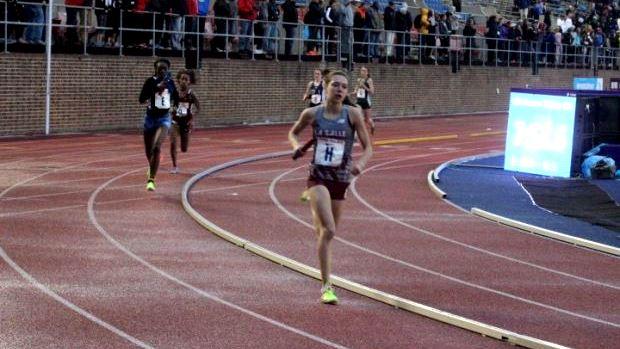 The highlight of Day 1 at the Penn Relays Carnival didn't come from a high school athlete on Thursday. Rather it was from a former high-schooler.

Saving the best for last, Smithfield grad and Providence College senior Liam Hillery captured the final event of the night, the College Men's 10,000-meter run. Hillery won by more than 10 seconds with a huge PR of 29 minutes, 22.38 seconds. In other individual college distance races, PC junior Trevor Crawley, a onetime star at Cumberland, was 16th in the College 5K with a time of 14:15.91. The women's 5K featured an outstanding effort from La Salle alum and current Duke freshman Sheridan Wilbur, who was 13th with a best of 16:49.28. There were 63 runners in two heats of the race.

On the high school side, the Ocean State had a few of their girls' relays team competing inside Franklin Field.