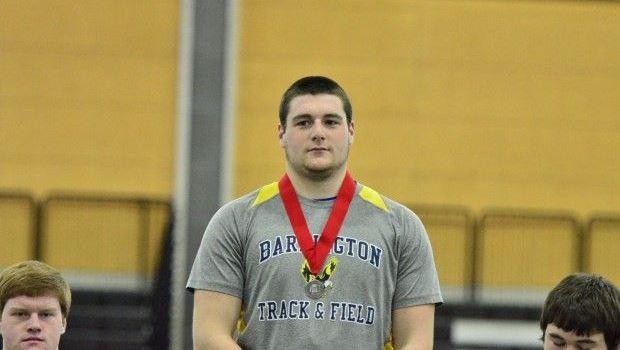 The last three years a Barrington athletes has won the 25-pound weight at the State Meet. Look for that trend to continue this year with this Eagle standout.The recent University of Alabama commit is the top-ranked thrower in the state and country based on his toss of 79 feet, 9 inches at last year's championship meet, an effort that earned him runner-up honors behind two-time winner and teammate Adam Kelly. Bobby has a very good chance to break the one-year-old RI record of 83 feet, 3.25 inches by Kelly. He also has potential to win the national title, a crown Kelly won the past two years. In 2014, he was second behind his former teammate. Bobby certainly has momentum on his side. He's coming off a summer where he captured gold in the hammer at the USATF Junior National and Junior Olympic championship meets and was also fifth at the IAAF World Youth Championships.