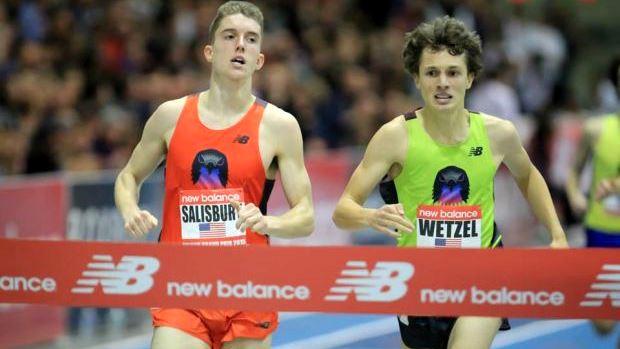 He's the two-time defending state champion in the 1,500 and 1,000 meter runs. Our guess is Jack will do it again. The La Salle senior will have some heated competition in both races - partly from his teammates - but Jack's home is the track. He's one of the toughest runners to beat when it comes to the oval. Jack missed a good portion of the cross-country season with an injury, but he proved he's back with some strong performances in his final meets of the season where he placed third at the State Meet and was fifth at the New England Championships. His specialty is the 1,500m/mile where he owns best of 3:56.90 and 4:06.76. La Salle is one of the favorites to win the state title this winter and Jack should be a big part in the Rams' quest for supremacy. Look for him to also be competitive in some of the high-level meets he'll be competing at this winter. He was mere inches from victory in the high school mile of the New Balance Grand Prix in Boston last year, an event he instantly put himself on the national radar with a then best of 4:08.76.