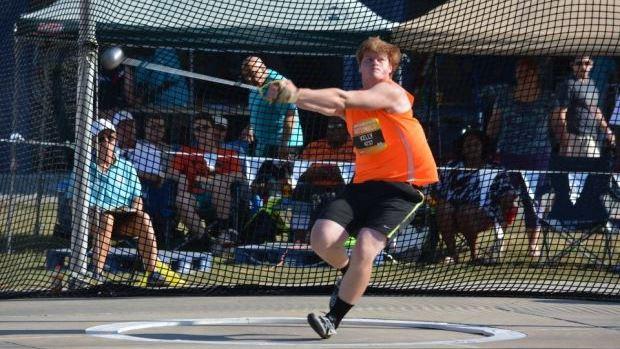 The recent Barrington High (R.I.) graduate and New Balance National champion captured the hammer at the second installment of the Sons of Italy meet in Providence Wednesday afternoon with a new nation No. 1 of 245 feet, 4 inches. With his winning toss, Kelly replaces teammate Bobby Colantonio as the country's top hammer thrower. Colantonio, who this past summer captured the USATF Junior and Junior Olympic national titles, held the leading spot with a distance of 243-7, just six inches further than Kelly's previous best. Jared Briere, a soon-to-be junior from Woonsocket, was second in the competition with a heave of 202-02. Kelly also took individual honors with the 6K hammer with a distance of 228-02.

In the collegiate 16-pound hammer, Colantonio came just four inches from the national junior class record with a winning throw of 210-07. Moses Brown grad Owen Russell was second at 177-06.