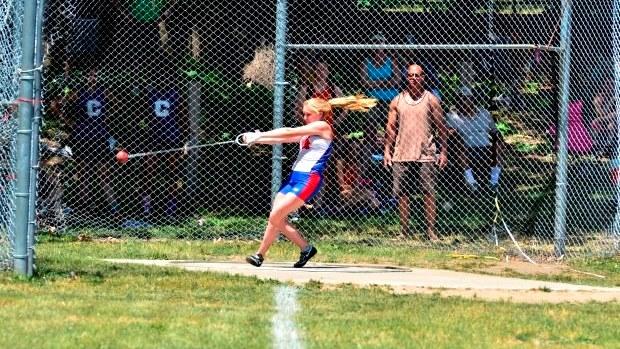 Talk about a turnaround. Courtney finished tenth at last year’s state meet in the hammer. This year the Toll Gate junior goes into Saturday’s meet as the top seed. Courtney owns that distinction with her best of 178-6, a throw she achieved to win the Central Division crown a few weeks ago. Courtney, who is ranked No. 2 in the nation, improved on her PB by a whopping 26 feet and is seven-feet better than her closest rival, Classical’s Alva Hicks, an athlete that certainly knows how to peform in big meets. This has potential to be an exciting battle between the two stars.