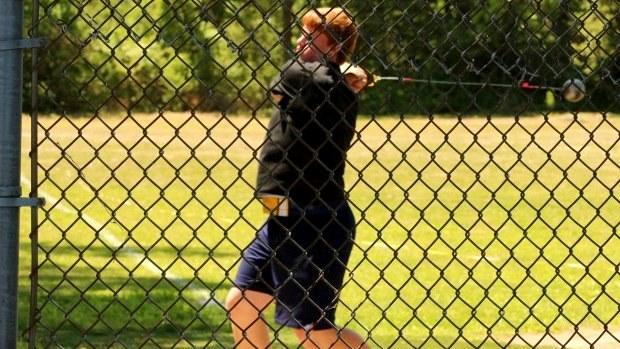 Want to know two reasons why Barrington has a good chance to win its first state crown in school history? Just hang around the hammer cage.

Adam and Bobby are not only the state’s top throwers but the country’s as well. Bobby owns the best toss so far this season with a heave of 243 feet, 7 inches. Adam is not too far behind with a best this season of 235-6. It’s anybody’s guess who will win as both have shared the top position several times this spring. One thing appears certain. The Eagle duo are almost guaranteed a 1-2 finish and 18 big points in this event. Kelly is also ranked third in the discus and is No. 2 in the shot. That’s 12 more points or 30 total from just two people!. And we're not even counting teammate Mike Alvernaz, who ranks among the top six in all four throwing events (hammer, discus, javelin, shot put).