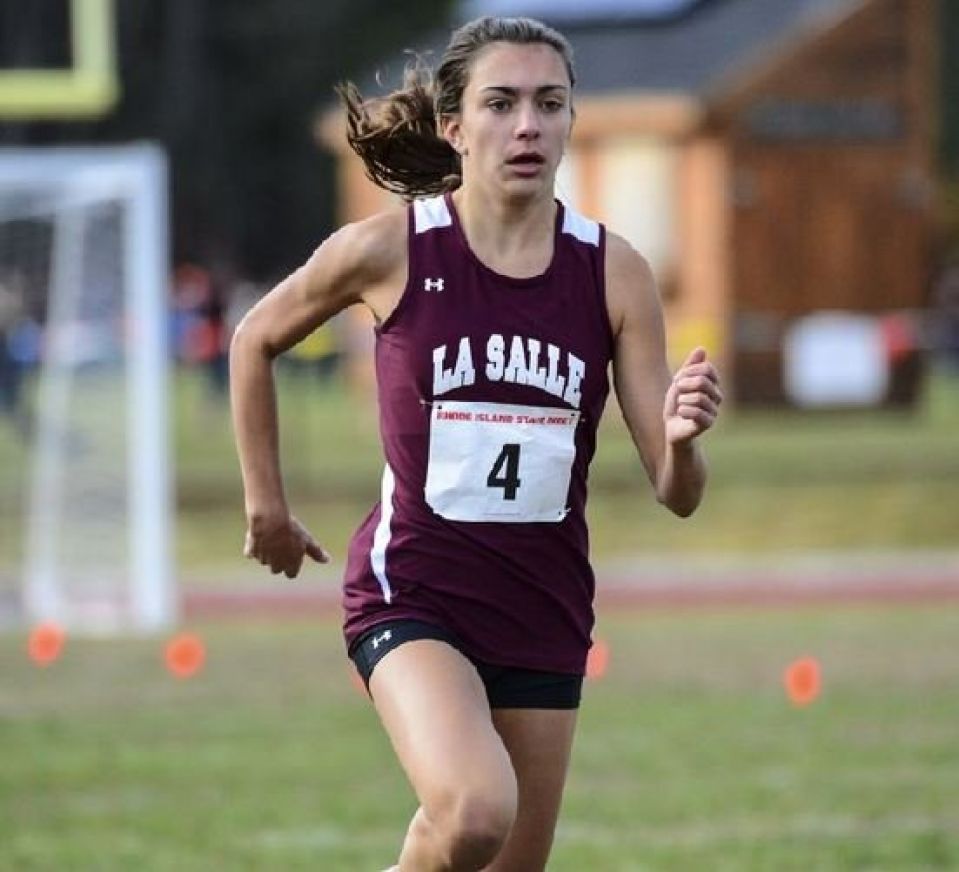 Now all the attention is solely on the Rams.

With a squad that mirrors last year’s title-winners, La Salle is the odds on favorite to do it again this fall. In fact, this could very well be one of the top teams the Rams or perhaps any other school has ever seen since cross-country first came into the picture for girls back in 1971.

“They have a lot of talent,” said head coach Kelly Martin. “But the big thing is we have a lot of work to do. We have to work hard every day.”

In last year’s state meet, Barrington’s Emma McMillan claimed her second straight title with a course-record time of 17 minutes, 42.87 seconds at Ponaganset’s covered-bridge trail. The junior is back for an attempt at the three-peat, but the La Salle runners certainly won’t make it easy.

Rego is back after her inaugural season last year where she dominated nearly everything in sight. She concluded her season by placing seventh overall, second among Rhode Islanders, at the New England Championship. Tavares, a Mount Hope transfer, was a runner-up at the state meet. Despite not feeling 100 percent due to a nagging hip injury, Wilbur was fifth at the states.

Martin stated last week that Wilbur is in great shape after a strong summer of training. When it comes to predicting potential winners, a healthy Wilbur has to be mentioned in the conversation. The La Salle standout is a two-time, first-team all-stater.

She was second as a sophomore.

“As of now, she looks amazing,” said the La Salle coach. “She is 100 percent (healthy). Her running partner is Eliza. They are working together. They are side-by-side. They are running with each other every day.”

Tavares has also been showing promise in the early season.

“Karina is doing really well,” Martin said. “She is just a few seconds behind (Wilbur and Rego) in practice.”

Lynch, who dealt with an injury for most of last fall, could be the No. 4 runner this year.

With the use of MileSplit’s Virtual Meet, La Salle had five of its runners among the first 14. That stats didn’t include Lynch.

Martin believes her gifted bunch could be even better.

“I would say we could get four in the top 10,” she said. “Maybe if we are lucky, we could even squeeze five. Hopefully they come ready to run.”

Barrington, which won back-to-back state titles in 2011-12, lost five of its varsity runners to graduation, including all-staters Abby Livingston and Megan Verner-Crist.

“I am going to call it a rebuilding year, but don’t count us out,” said Barrington coach Ann Marie Marino. “We are very young but I think we’ll have a decent team.”

The Eagles’ McMillan, who missed the outdoor season due to a stress fracture, is back. She followed up her win at last year’s state meet with a sixth-place finish at the New England meet and a fourth-place showing at the Nike Northeast Regionals. 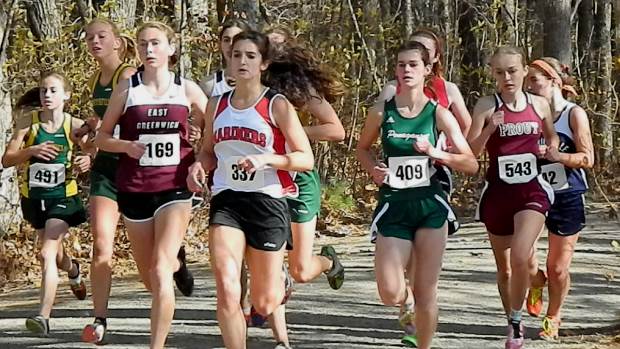 “Emma had a few things she had to deal with (last spring), but she is back into action,” Marino said. “She looks good. She doesn’t have the girls to run with like she did last year. There’s a couple of girls with her. I think she is in a good spot.”

Another returnee for the Eagles is junior Julia Zitzmann. She was Barrington’s No. 7 runner in 2013 and was 16th overall at the state meet. Other solid BHS harriers are seniors Liz Sawyer, Haley Wohlever, Lusine Gazeryan and Lindsay Kloc.

The ninth-graders could surprise, too. Barrington, which captured the middle school state crown, will have a number of frosh this season.

“I think my freshmen will be a surprise,” Marino said. “We have a very good group of freshmen. It’s very promising for the future.”

The Barrington coach admitted she likes the underdog role.

“The pressure is off, which is kind of nice,” she said.

Who are the other teams that should figure into the mix come championship time?

Right now, North Kingstown, Smithfield, Cumberland and Coventry could be battling for a top-three placement. East Greenwich has potential to earn a berth to the N.E. meet by finishing among the first six.

Sophomore Beth Nunnery leads an NK squad that was third at the states in 2013. She was 14th overall at the championship meet. Senior Stephanie Mattson, eighth last year, is No. 1 for Smithfield.

The sleeper could be the Clippers with two returning all-staters in junior Amy Laverty (eighth) and Meaghan Scullin (13th). Cumberland also has senior Nichole Barger, who was 19th at the state meet last year. Barger is coming off a spring track season that saw her improve on her bests in the 1,500-meter run by nearly 10 seconds and the 800m by almost five seconds.

Junior Allison Bellows, who was 13th at the states, paces Coventry.  East Greenwich will be led by senior Margaret McCaffrey, who was sixth in the last two state meets.

“I think North Kingstown has a really good young squad. They could come on strong,” said La Salle’s Martin. “You can never leave out Barrington. Ann Marie always does a great job. Smithfield has a young team and looks good, too.”

While the competition is tough, the title is La Salle’s to win this year. In addition to meets in Rhode Island, the Rams will also match against the best in the nation next month at the Great American X-C Festival in North Carolina.

“What would really make me happy is capturing the state and New England titles,” Martin said. “Hopefully in the end it will also put us in a good position for the Nike (Northeast) Regionals.”