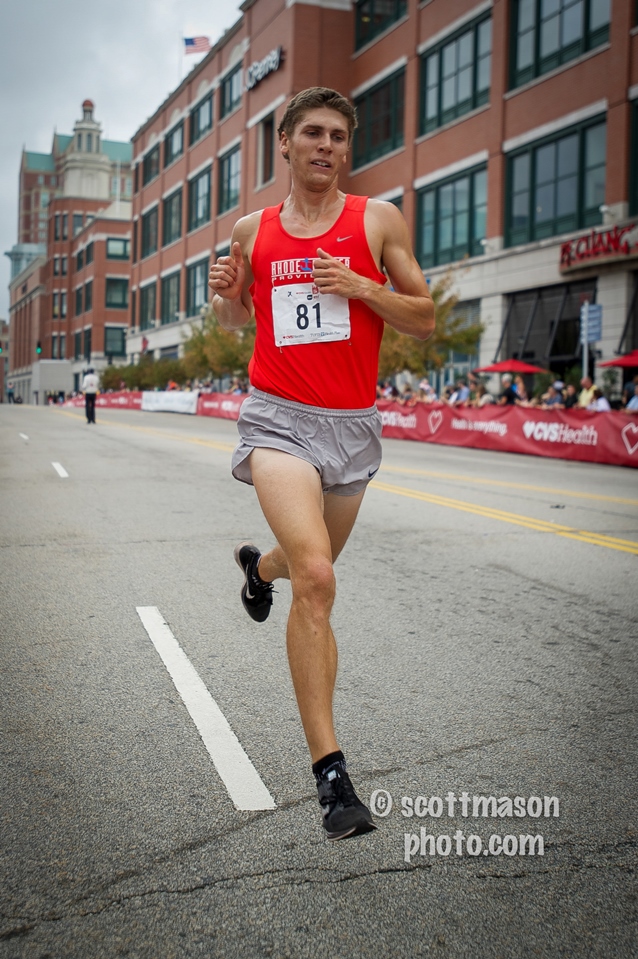 The 23-year-old Springer, a Georgetown graduate and two-time track & field All American, finished sixth overall on Saturday at the Falmouth Elite Mile with a time of 4 minutes, 2.24 seconds.

Springer made the best of this opportunity, finding out about his entry just two days prior to the Massachusetts’ event, held in conjunction with Sunday’s Falmouth Road Race.

“I was set to run a 5K road race on Thursday evening and was just about to leave when I got the call from my coach stating I had been accepted into the Falmouth mile race,” he said. “I’ve been training in Westerly all summer and doing workouts so it was fine. I wanted to make the most of it as I felt I had not been aggressive enough in my last track race."

Despite less than perfect weather conditions with 15 mile-per-hour winds, Springer settled into his second professional track race nicely from the beginning passing through 800 meters in 1:59 and 1200m in 3:00.

Springer was hoping to become the first from the Ocean State to break four minutes since North Kingstown native Dan Huling ran 3:58.24 in 2012. Huling, now a resident of Illinois, is currently ranked No. 2 in the U.S. in the 3,000m steeplechase. East Providence's Bruce Fischer, a Syracuse grad, was the first to achieve the milestone in 1974 with a 3:58.5 clocking in Wichita, Kansas..Phil “Tiny” Kane, a multiple all-stater from Rogers in the early 1970s, achieved the feat for the first time in Stockholm in 1978 where he ran 3:59.37. He would dip under the mark 13 more times in his career.

“My coach is going to try to find another mile race here in the states and/or over in Europe. I'm really not sure of my future plans yet,” he said. “If either of those do not work out then I will just train in anticipation of the CVS Downtown 5K. I do not have an agent and I am still looking at potential sponsorship and clubs. I am going to meet with Frank “Gags” Gagliano, the coach of the New Jersey/New York Track Club next week and discuss the potential of training with his group."