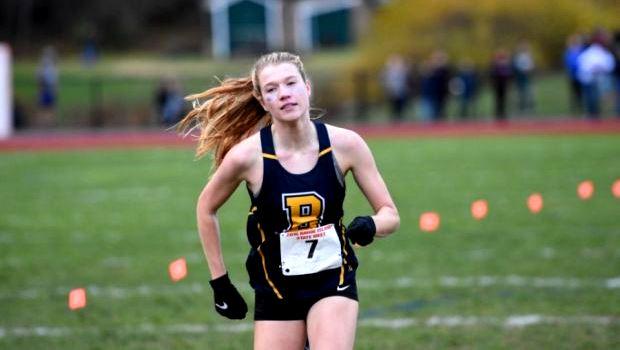 The Eagle senior just missed a spot on the first-team, all-state squad last year, taking eighth overall in the championship meet with a time of 19:08.38, less than a second behind recent La Salle grad Alyson Walsh.

Zitzmann is certainly one of those runners that could have a breakthrough season on the trails this fall. She had a solid campaign in 2016-17. She was second in the Varsity 1 race at the Brown Invitational where she ran a personal best of 18:38.88 for 5K. She also placed fifth at the Class A Championships and was among one of our top Rhode Islanders at the New England Championships where she was clocked in 19:19.62.

The versatile Zitzmann is a talented middle-distance runner with best of 4:40 for 1,500m and  2:17 in the 800m. She was fourth and fifth, respectively, in those events at the outdoor state meet.