Some of the top high school and collegiate athletes gathered at the University of Pennsylvania’s Franklin Field for the Penn Relays Carnival this past weekend. The stands were also filled on Saturday with its USA vs. World relays

Here’s one last look at a truly fantastic three days of track and field: 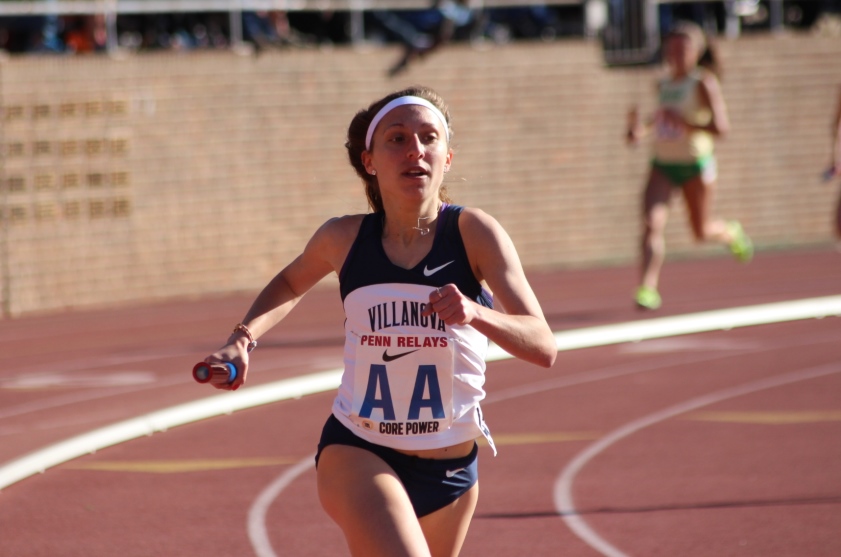 (Villanova University senior Emily  Lipari, a four-time national high school mile champion from New York, put on a show by rallying her team with come-from-behind wins in the distance medley relay and the 4x1,500-meter relay.) 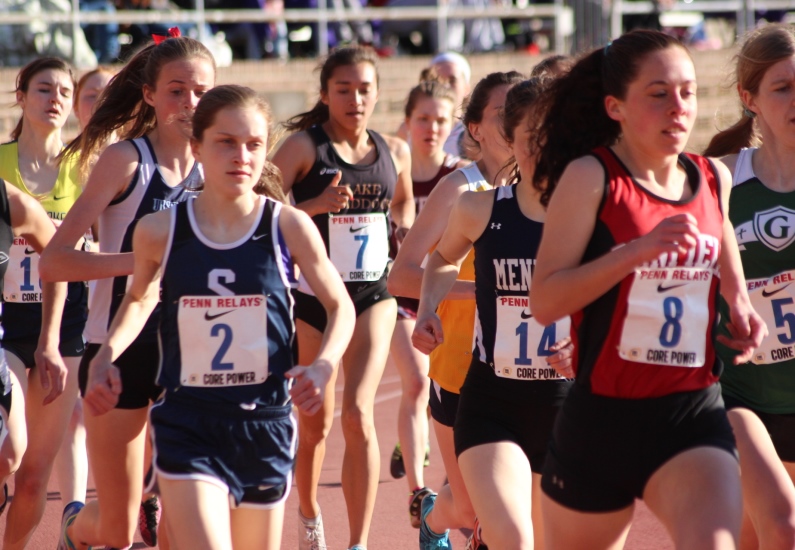 (Staples High sophomore Hannah DeBalsi (2) runs with the pack in the early stages of the 3,000-meter run. DeBalsi, one of the nation's best distance runners, didn't last long in that position, taking the lead after 600 meters and cruising to  the win with a U.S. No. 6 of 9 minutes, 34.57 seconds.) 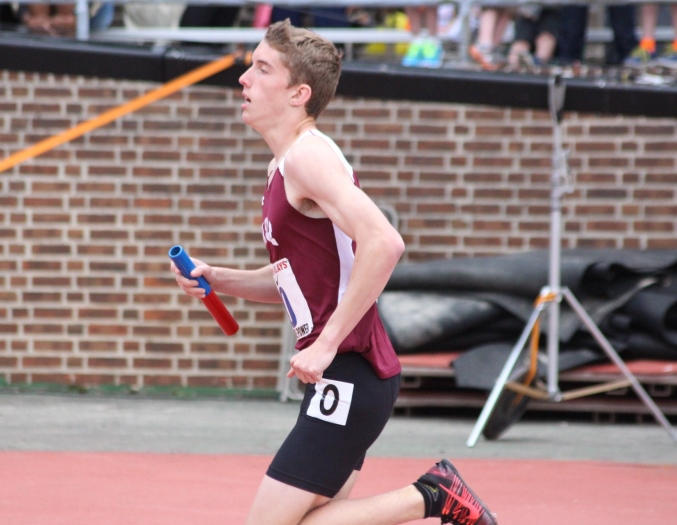 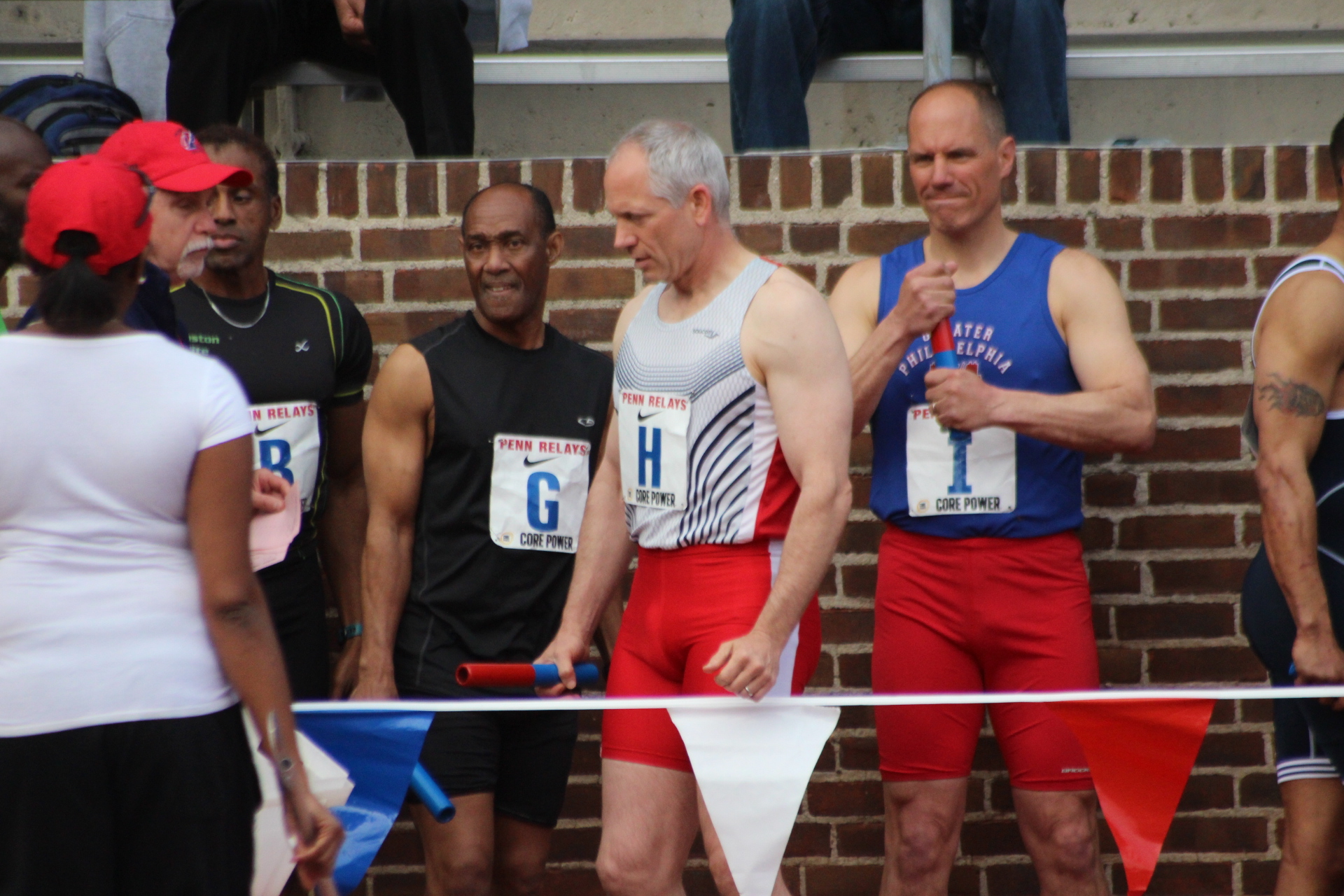 (Former Toll Gate and Brown University standout Steve Gorriaran (H), a member of Mass Velocity TC, competed in the Masters' 4x100 (50 and older) relay. The quartet finished fourth with a time of 48.37.) 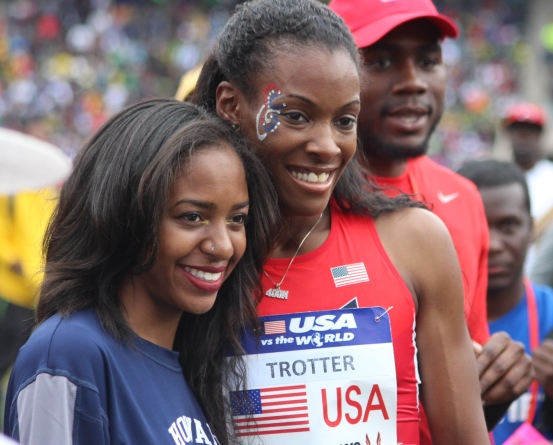 (U.S. Olympian Dee Dee Trotter poses with a fan after running on the first-place 4x400 relay in the USA vs. World relays. Trotter clocked a time of 50.78.) 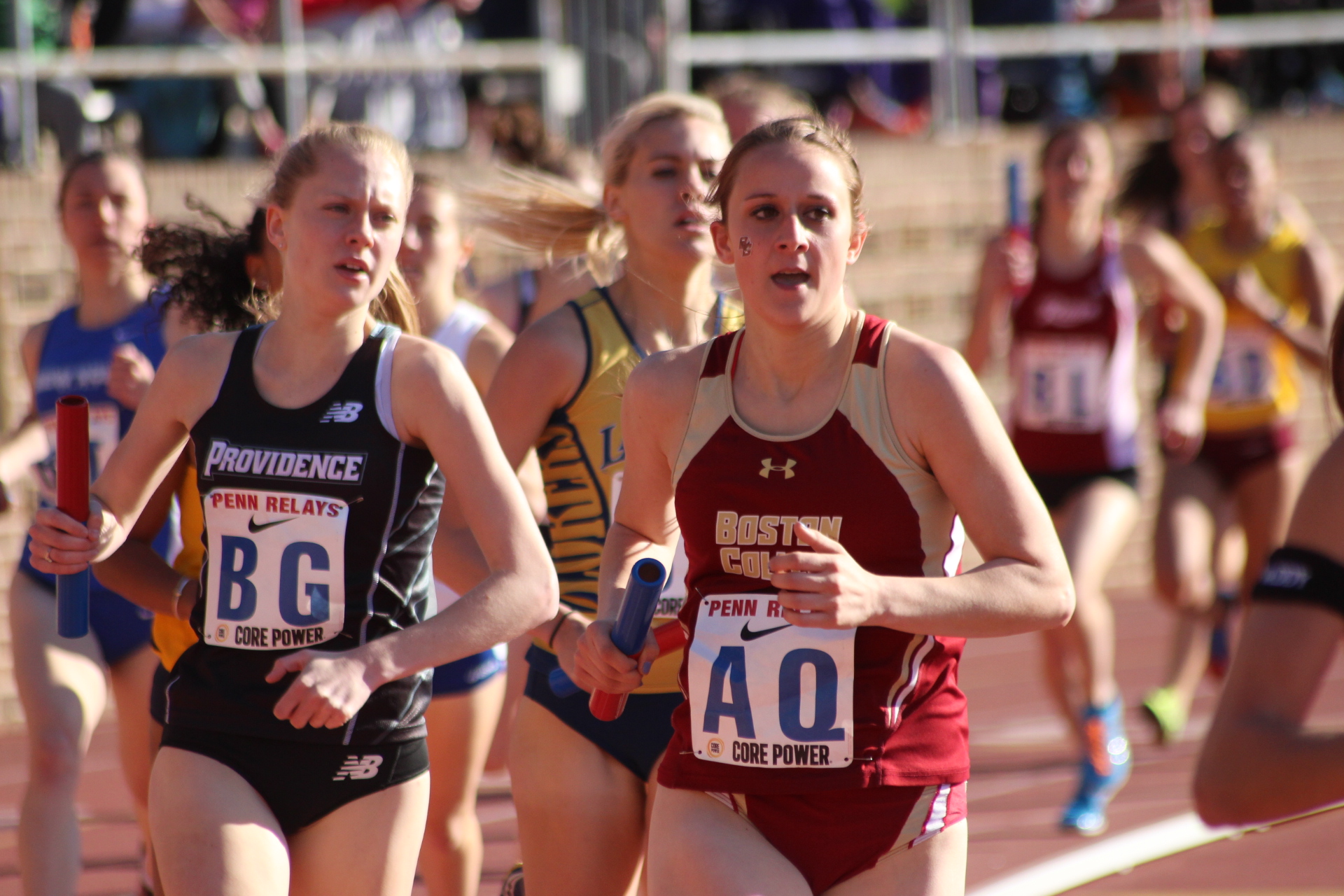 (Providence College sent several of their athletes to the Penn Relays, including its distance medley relay (above). The foursome led off with ex-La Salle all-stater Molly Keating, who ran her opening 1,200m leg in 3:37.77.) 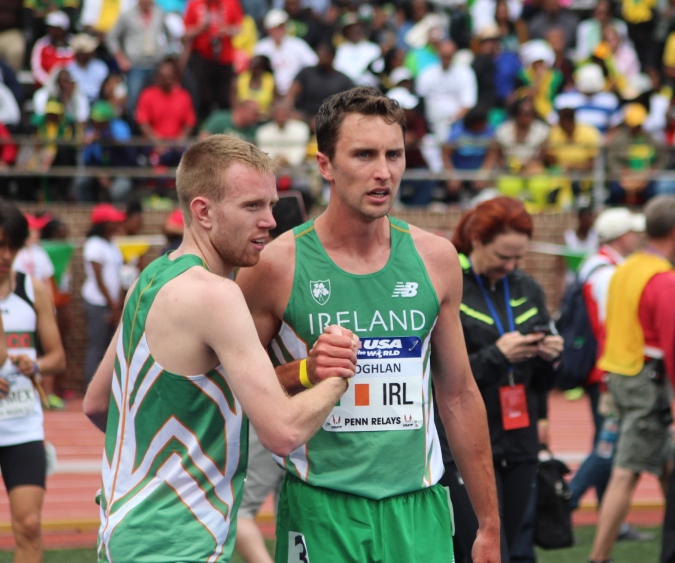 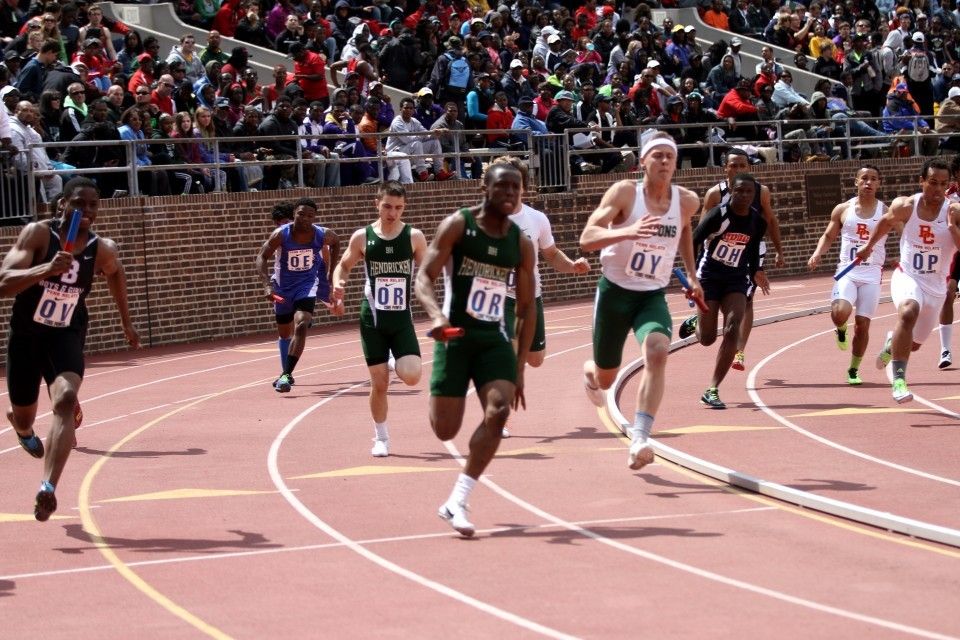 (Bishop Hendricken competed in the Large School 4x100 relay. The Hawks combined for a time of 43.79.)