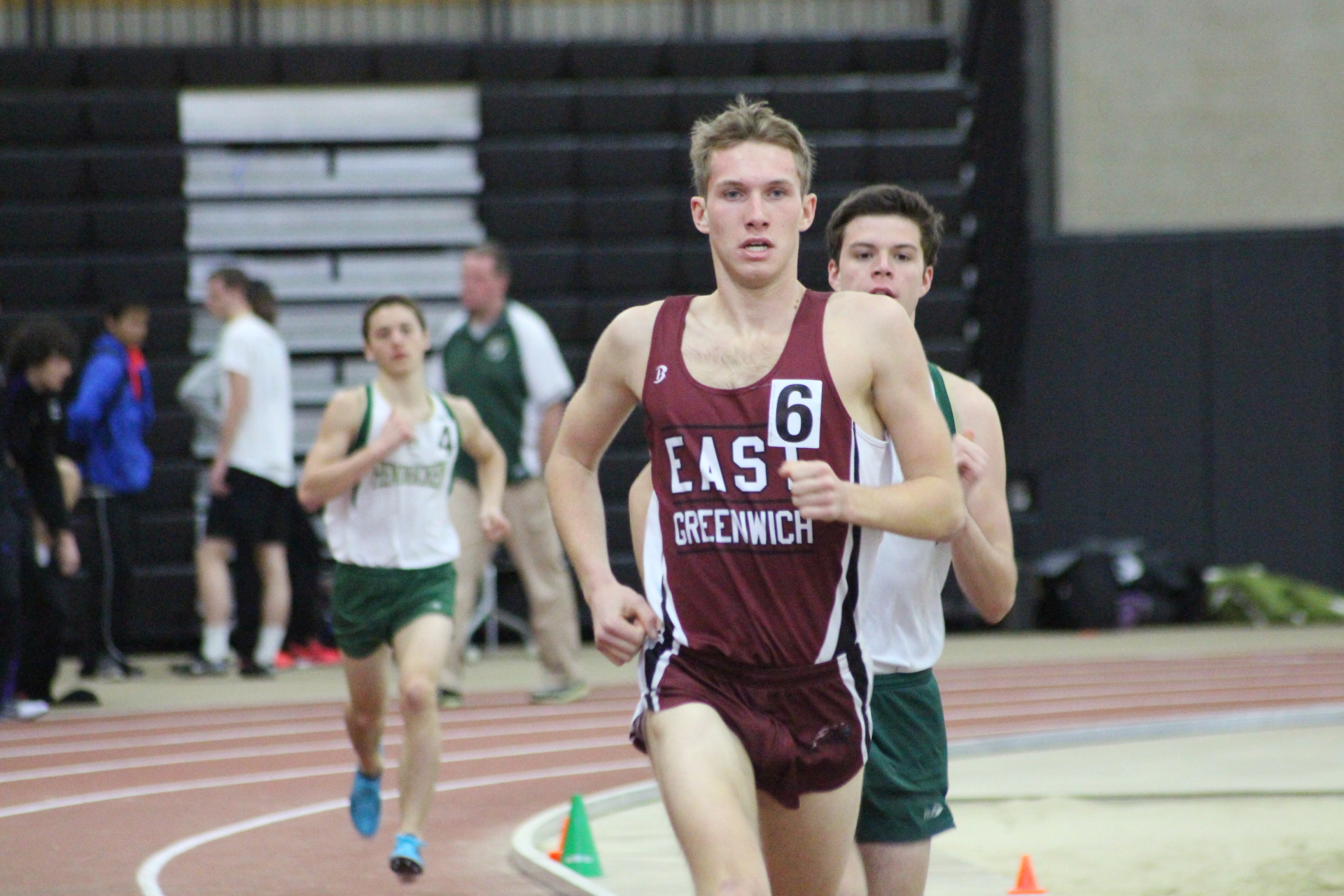 Leading up to the New Balance Nationals this weekend at the Armory in New York City, MileSplit RI will feature a top R.I. athlete (relay) that will be making the trip to the Big Apple to compete against the nation’s best.

Below is a Q & A with East Greenwich senior Garrett Scanlon, who is entered in the Emerging Elite mile run. This will be the first time that Garrett has competed inside the famed Armory and he's certainly looking forward to the opportunity to set a big-time PR this weekend.

Q: You’re entered in the Emerging Elite Mile this weekend. What’s your goal in the race?

Garrett: My goal for the Mile this weekend is to break 4:20.

Q: Talk about competing at the NBNI meet and the atmosphere at The Armory?

Garrett: I have never been to The Armory, but if its anything like Outdoor Nationals then there will be a lot of energy in the air, which I tend to feed well off of. I’m excited to race my best distance against the best competition in the country on the best track on the East Coast.

Q: You often like to take charge in a race much like you did in the mile at the New England Championships a few weeks ago where you led for more than 800 meters before eventually finishing ninth with your current PB of 4:21.56. Is that the strategy you feel most comfortable doing?

Garrett: I honestly didn’t plan on taking charge at New Englands because I knew it was such a talented field, but when I saw that no one was going to lead I was not afraid to be the front-runner. I find that I am more comfortable in the front where I don’t have to worry about maneuvering as much. I am seeded second in my heat this weekend so I expect to run this race with a similar strategy.

Q: Talk about competing at East Greenwich where you have several strong teammates to train with?

Garrett: Competing at East Greenwich has been a great experience. We have a successful history and I have had many strong teammates to train with. Graham Chapski and Tommy Sommer have definitely helped push me this year. Along with my teammates, Coach Dion has helped me tremendously as an athlete and as a person in the past four years. There’s no other school I would rather compete for.

Garrett: How I Met Your Mother

Garrett: A well made Chipotle Burrito

Garrett: I can fly a plane.