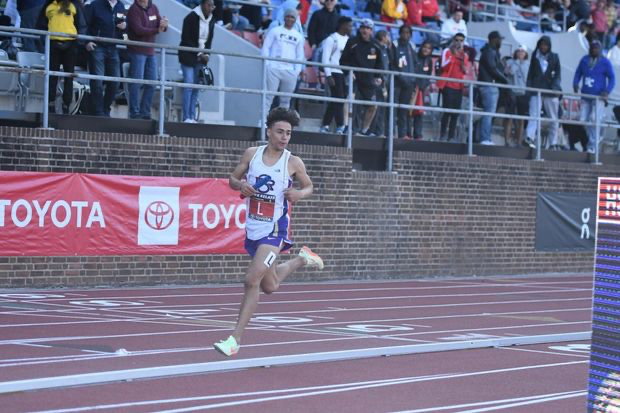 After divisionals the previous week, the Class Championships are broken up by school population. Class A contains the largest schools while Class B and C hold the medium and smaller schools in Rhode Island. Although schools can be broken up by size, this does not take away from the competition found at the meets at every level.

At the Class A Championships, La Salle found success across sprints, distance, relays, and throws taking eight wins in the 19 events. Hendricken, in comparison, only found five wins mostly in field events. However, their depth from the 2-6 spots helped boost them to yet another outdoor Class A title. A large help came from the jumps. Matt Steele led the way scoring 22 points with wins in the long jump and high jump as well as a 5th place finish in the hurdles. They also won the high jump thanks to freshmen Jakob Reyes and accumulated 50 points in the high jump, long jump, and triple jump. Alex Destefano continues to be the state's best pole vaulter with a 12-06 to win by 18 inches over second place. He was Cumberland's only individual champion. Woonsocket also saw a few victories courtesy of Tarik Robinson-O'Hagan. He scored 30 points and won the hammer, discus, and shot put with him setting new meet records in the disc and shot. La Salle swept the relays and saw victories from Adam Thibodeau, Lachlan Bishop, Jared Gibbons, and Jubril Bamgbala while Evan McGregor took home the win in the 1500 and a 4th place finish in the 800. Bishop Hendricken took the win over La Salle with a much tighter score than the previous week 161-133.

At the Class B Championships, South Kingstown, Classical, and Portsmouth were in an extremely close battle for the team title. The three sides were separated by just 2 points. They only had a combined 10 wins but found a lot of success in top 6 finishes. The biggest battle of the day was between Antonio Capalbo of South Kingstown and Kaden Kluth of Portsmouth. Kluth found the better of Capalbo and captured 40 points for the Patriots. He helped them win the 4x800 to start the meet followed by the 1500, then 800, and finished with a 4x400 victory. Kluth also took down Capalbo's meet record from the previous year by dipping under 4 minutes for 1500. Capalbo found similar success with runner-up finishes in the 1500, 800, and 4x400 as well as a 5th place finish in the 3000. That 5th place finish was very important as South Kingstown went on to win the meet with 92 points. They were followed by Classical and Portsmouth tying for 90 apiece. Classical's Cooper Michaud and Javier Gomez helped their team by taking the win in the 3000 and 400 respectively. Another top performance came from Ian Clarke who took home three wins in the 100, 200, and 4x100 relay. He also broke the 200 meet record.

At the Class C Championships, Devan Kipyego made a statement before he even stepped on the track. The night before, he competed at the Trials of Miles: Track Night NYC where he faced a high school field and ran a new PR of 4:05.51 for 1609 meters. This mile PR is the fourth fastest in state history only behind the likes of DJ Principe and Jack Salisbury of La Salle as well as Andrew Springer of Westerly. The next day, he completed the quadruple winning the 400, 800, 1500, and 3000 by a very comfortable margin in each race. His teammate, Pedro Mayol scored 26 points highlighted by runner-up finishes in both the 400 and 1500. The Saint Raphael team dominated and took the win with a final score of 144.5 to North Smithfield's 113.5. They scored a majority of their points from their hurdlers who scored 46 points between the 110 and 300 hurdles.