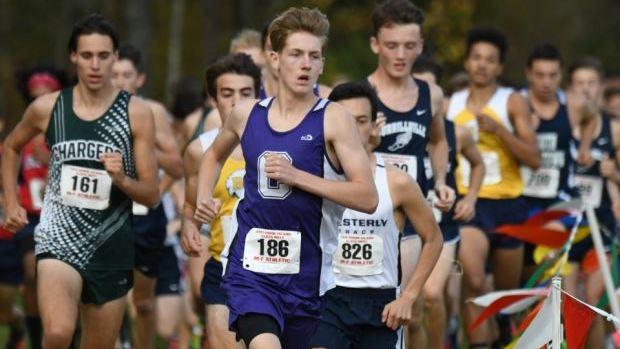 Here's a runner we believe has the potential to finish among the top 5 with an outside chance of sneaking into those one or two positions with the right kind of race. As a sophomore last year, Murphy was 13th overall at the State Meet and finished second to graduating senior Matt Walker of Westerly at the Class B meet. The Classical standout, a gritty competitor, followed his fall campaign by demonstrating his talent on the track oval, particularly the middle-distance events. In January, he ran an all-time best of 2:30 for 1,000 meters at the Dr. Sander Invitational in New York and was second overall for 800m at the outdoor states where he cruised to a PB of 1:54.30. He also clocked 4:02 for 1,500m. While the longer race are not necessarily his forte, Murphy did run a state best of 15:32 on the fast 5K layout at Brown Northeast Invitational. This year's field, much like last year, does not have a clear-cut favorite. He may be a long-shot, but Murphy certainly should be in the conversation when talking about a list of potential contenders.