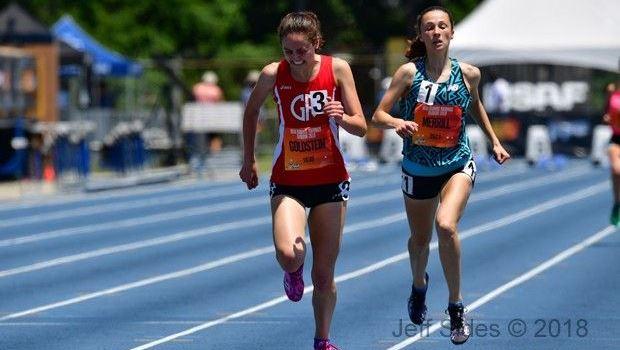 Rhode Island is off to a good start so far at the New Balance Nationals.

During Day 1 of the three-day meet, Westerly High captured the Emerging Elite 1,600m Sprint Medley Relay on Friday with a meet record of 4 minutes, 4.97 seconds. The Bulldogs were among six teams still contending for the title with the remaining 800m leg. That's when senior Randi Burr brought it home for her teammates with a strong anchor leg, splitting 2:13.24, the fastest of the day.