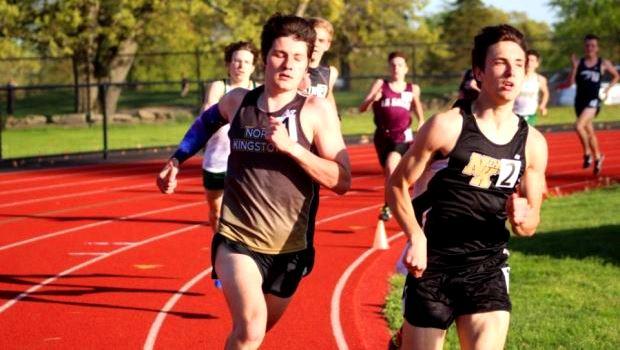 The New Balance Battle Road Twilight Series, a USATF sanctioned track and field event, concluded on Saturday night at Bentley University. The popular four-meet series attracts participants of all abilities, including a plethora of high-level athletes.

North Kingstown teammates Sam Toolin and Jack Perreault took advantage of the competition with a pair of personal-best performances in a loaded 800-meter run. Toolin finished ninth overall with a time of 1:54.56. Perreault was mere meters behind, securing tenth with a time of 1:55.57.

Perreault and Toolin will be back on the track this weekend, competing at the New Balance Nationals. Toolin will toe the line in the Emerging Elite 800m.  Perreault (400m) and Toolin (800m) will run legs on the team's sprint medley relay. The Skippers will also be sending a 4x100m squad to the meet.