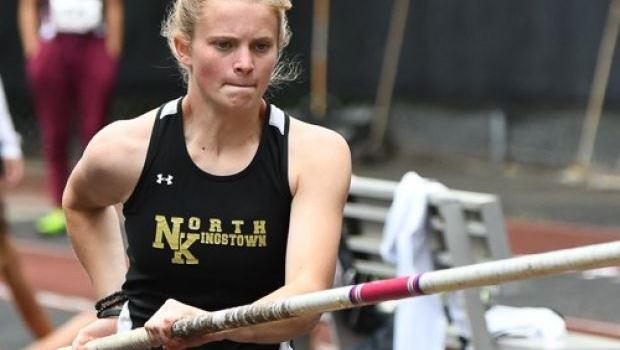 The North Kingtstown senior continued her mastery in the pole vault at Sunday's Cumberland Invitational with a personal best height of 11 feet, 3 inches. It was her third straight 11-footer at the state-meet qualifier. Earlier in the week, Bryman vaulted 11-1 to capture the Southern Division CHampionship. She also won the Classical Classic last month at 11-feet even.

Hasna Badji of East Providence clocked a state best in the 300m hurdles. The Townie junior finished with a time of 46.39. She was also fourth in the 100m hurdles.

Ponaganset's Gianna Rao, the state's top hammer thrower, won her specialty with a heave of 176-1.