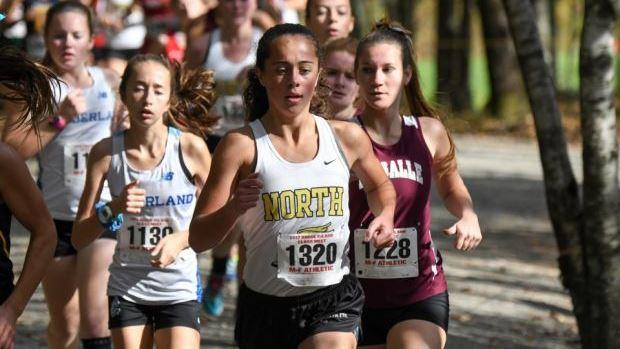 La Salle Academy has won the last four girls' state titles. The Rams surprised defending two-time champion Barrington in 2013 with a three-point victory and won their next three by an average of more than 50 points!

Plan on Sunday's State Meet coming close to what transpired four years ago in 2013. For the Rams to pull it off again, they'll have to have their 'A' game with the likes of Barrington and Portsmouth in the field.

With a balanced team effort that saw all five of its scoring runners among the first 15 placements, Barrington posted a mild upset over La Salle at last week's Class A meet, defeating the Rams, 43-53. Portsmouth claimed the Class B crown. The Patriots' average time of 19:24.94 for their five runners was the fastest among the talented trio.

On the boys' side, Bishop Hendricken is favored to win its first state title since 2013. The Hawks defeated La Salle, 23-40, to win the Class A crown. Just like it's done all season, Hendricken did it with its depth with all five of its scoring runner separated by a mere eight seconds, led by an individual victory from Aidan Tierney. But count on the Rams seeking revenge on Ponaganset's covered-bridge trail with a talented squad that can certainly guide La Salle to its fourth consecutive crown.

As we have already indicated, the individual titles on both sides appears to be up for grabs. For boys, more than  a half dozen are worthy as being labeled contenders. It should be fun!