Looking for a PR performance this summer?

Well, the Bobby Doyle 5M Summer Classic in Narragansett could be you're solution.

The popular five-mile race will be celebrating its tenth anniversary on Aug. 13, and the race committee has decided to go back in time, reverting to the original course that was used between 2008-2011. The out-and-back course still offers participants a scenic ocean-side backdrop. But additionally, with less turns and a flatter terrain, it also offers a course that is susceptible to faster times. Consider this: The top two times recorded in its history were set on the original five-miler with Abiyot Endale clocking a CR of 23:39 in 2011 and winning the 2010 race in 23:48.

The possibility of PRs shouldn't be the only reason to register for next month's event, which is slated to begin at 9 a.m., at Narragansett Pier School. For the elite participants that will be lacing up their racing shoes, the Doyle five-miler will offer an $8,000 cash prize purse, including $3,200 for USATF-New England teams! 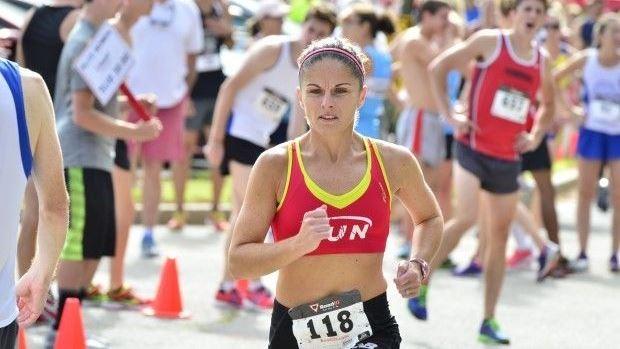 Another reason to put the Doyle race on your calendar is the fact that your entry fee is going to a very worthy cause. Over the last nine years, proceeds from the event have been used to enhance and support high school and youth running in Rhode Island and nearby Massachusetts. Two $1,500 scholarships will be awarded to a male and female high school student based on athletic and academic performances, and two $1,000 scholarships for a male and female high school student, who is a sibling of a police officer, firefighter or military. In addition, the Hollie Walton $1,000 scholarship will be awarded to a minority student based on his/her academic and athletic achievements. In the last nine years, nearly $60,000 have been been donated! That's a hefty sum!

Register soon for the Bobby Doyle Summer Classic, which is coming up fast. Attractive Tech T-Shirts and Finishers' Medals to all entries, a fast and scenic course and a great cause to support should make this a can't-miss event this summer