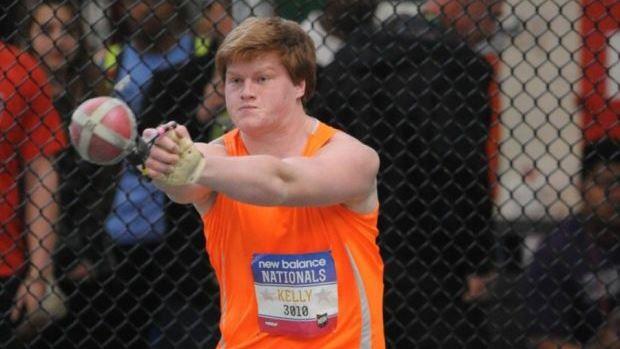 Former Barrington High all-stater and national champion Adam Kelly is now the No. 1 thrower in the country.

Kelly, a sophomore at Princeton, tossed the 35-pound weight a distance of 70 feet, 8 inches (21.54 meters) on Sunday. With that effort, the multiple RI state titlist won the Princeton New Year's Invitational. He beat the runner-up, Timothy Wilson of Monmouth, by more than five feet! Wilson secured second at 65-1.5.

Kelly was the only thrower to surpass 20 meters for the day, and he did it three times!