Sunday's race could match the 2015 event where 16 runners dipped under 25 minutes for the five-mile course! 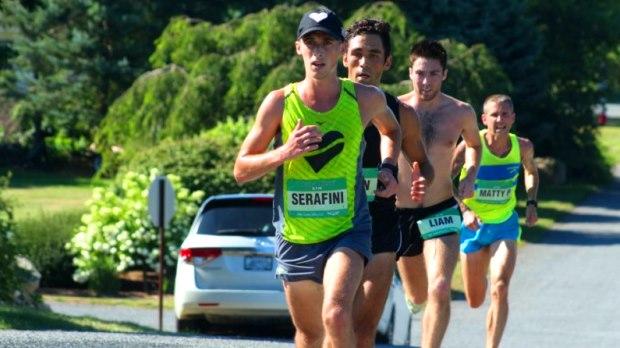 Judging by the number of pre-registered entries for the Bobby Doyle 5M Summer Classic, there could be a record number of participants answering the starter's gun for Sunday's event, part of the USATF-New England Grand Prix series.

Based on the runners that have already committed to the popular five-miler (and 3K walk), to be held at 9 a.m., at Narragansett Pier School, the race for individual honors could match last year's event.

In 2015, 16 runners dipped under 25 minutes on the scenic, ocean-side course. Most (if not all) of the 15-plus elite competitors that have already signed up for this weekend's race are capable of averaging sub five-minute pace with the right kind race.

Last year's winner, Morocco's Mousaab Hadout, who established a course record with his first-place time of 23:51, has not indicated yet whether he'll return to defend his title; nor has runner-up Dan Lowry, who was a mere second behind Hadout. But back in Narragansett looking to make it happen again is Ben Connor, an NCAA cross-country All American and the 2014 victor of the Doyle race. There's also Glarius Rop, a sub 29-minute 10K runner, who was fourth last year. 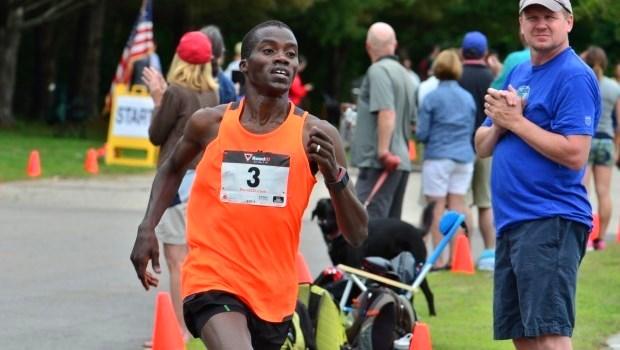 The race will also feature last week's 1-2-3 finishers from the Run4Kerri Road Race - Julian Saad, Louis Sarafini and Matt Pelletier, who two weeks ago won his seventh Blessing of the Fleet 10M crown. Saad and Sarafini were both among the top seven last year and proved they're in peak form with their times of 19:07.77 and 19:10.55, respectively, on the four-mile layout at Run4Kerri. Pelletier, a two-time winner, was dominant at the Blessing 10-miler in late July where he ran 50:32. 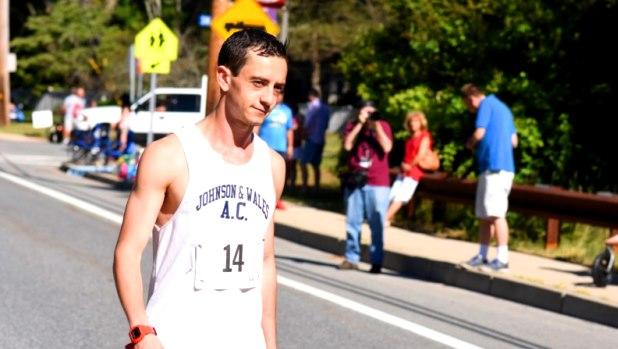 Former  Hendricken and PC  star  Brian Doyle was  twice a runner-up at his late father's race.

Brian Doyle, another former PC standout and son of the race's namesake, will also be looking to contend. The former Bishop Hendricken star was twice a runner-up at the Doyle Classic (2011, 2012) and has done 14:05 for the 5K distance. Two other former R.I. high school standouts, Trevor Crawley and Jake Sienko, will also test their speed at the generous five-miler. Crawley, who competed for Cumberland and will be a senior at Providence this fall, ran 14:09 for 5K this past year. Sienko, a onetime Hawk all-stater, competed at the U.S. Marathon Trials after running 1:04:26 for the half marathon.

Other top competitors that have committed to Sunday's race are Ruben Sanca, a 2012 Olympian for Cape Verde and 2:18 marathoner, and Amos Sang, who has a 1:03 half marathon to his credit.

The women's field is also impressive. Heather Capello of the Boston Athletic Association, the 2014 winner and last year's runner-up, is scheduled to compete.  Rosa Moriello of the Heartbreakers Running Club in Boston, should also battle up front. She's coming off a win at Run4Kerri where she was timed in 21:39.58. She was a past NCCA National finalist for 5K while competing for Boston University. Other elite runners entered for this weekend's race are former Irish Olympian and current PC coach Stephanie Reilly, and Olympic Marathon Trials qualifier Keely Maguire of Millennium.

If you haven't already done it, you can still register for the Bobby Doyle 5M Summer Classic (and 3K Walk), which has given more than $70,000 to enhance youth and high school running in its eight-year history. If you want to save a few bucks, online registration is open until Friday night. Just go to bobbydoyleraces.com. On-site registration on Race Day begins at 7:30 a.m., at Pier Middle School, located on South PIer Road in Narragansett. Don't forget, MileSplit RI will provide start-to-finish video coverage (with commentary) of this year's race.

Who was Bobby Doyle? For a story on the legendary R.I. marathoner, who died in 2007, click here.