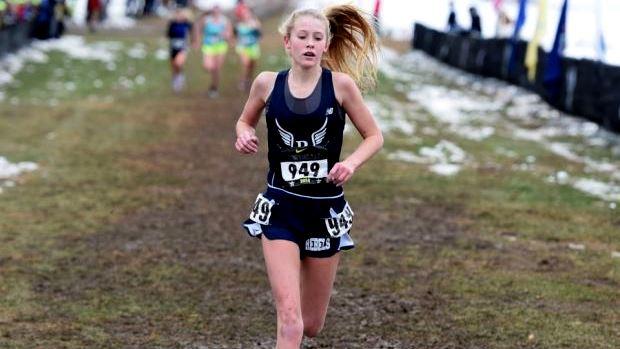 South Kingstown's Ellie Lawler was fourth at last year's NXN-NE Regionals. After winning the state title and placing second at the New England meet, Lawler decided Foot Locker might be her best bet.

The indoor track season begins in less than two weeks, but for a good number of our teams and individuals the cross-country season still continues with the upcoming Nike Cross Nationals (NXN) Northeast Regionals and Foot Locker Northeast Regionals, both taking place at separate New York venues on Nov. 28.

South Kingstown sophomore Ellie Lawler, who captured her first state title at the beginning of the month and then finished second at last week's New England Championship, will be heading to historic Van Cortlandt Park for the Foot Locker Regionals. In 2014, Lawler was fourth at Nike and earned a trip to Oregon for the Nationals.

Rebel head coach Sherry Hathaway said the decision to go to Foot Locker was decided this past weekend when Lawler finished behind three-time winner Hannah DeBalsi at the New England's. As a sophomore, DeBalsi was second at Foot Locker Nationals.

Lawler has a good chance to match the effort of three-time state champion Emma McMillian, who last fall was third at the regionals and finished 23rd at the nationals, held at Balboa Park in San Diego. Even though she hasn't run on the difficult terrain of Van Cortlandt, she did prove she can handle the tough conditions based on what she did at the NE meet and NXN last year.

"A lot of coaches feel that Bowdoin Park might be even more difficult," she said. "If anything, they are equal."

Lawler is among three individuals from R.I. that will be making the trek to Van Cortlandt. Pilgrim's Danika Wayss, who was eighth at the states and Bay View's Claire Hanlon, a 12th place finisher, are also scheduled to compete at Foot Locker. 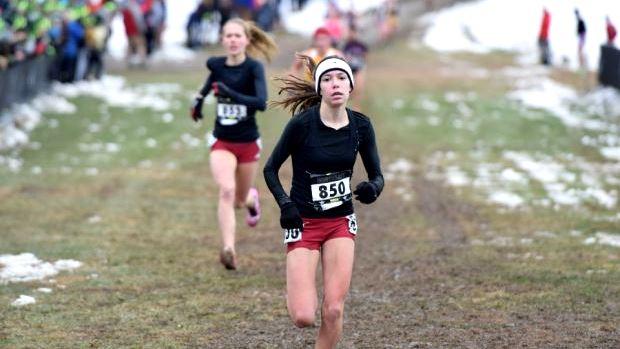 La Salle's Eliza Rego was 11th at the 2014 NXN-NE meet. The Rams received an at-large bid to the nationals where they finished ninth overall. This year's squad has a chance to earn a return trip.

NXN-Northeast, which takes place at Bowdoin Park in Wappinger Falls, will include the La Salle Academy boys' and girls' teams, who both defended their titles in the state and New England meets. The two squads have potential to earn their second straight ticket to the west coast. The boys won last year's race and appear to be peaking at just the right time to finish in the top two for an automatic berth to the nationals. Don't be surprised if the Rams' D.J. Principe wins the individual title outright. He's been red-hot this fall, winning his second straight state crown and then becoming just one of two runners to ever break 16 minutes for 5K at Thetford Academy in  Vt. when he took top honors at the New England meet. Principe also has had success at Wappinger Falls this year. He ran the fastest time (15:44.99) of the day at the Bowdoin X-C Classic in late September.

The La Salle girls, who rank No. 21 according to our Saucony Flo50 National Rankings, have a squad that's similar to last year's team that earned an automatic bid to NXN by placing third. The Lady Rams did that despite one of their top harriers, Karina Tavares, suffering a concussion after a fall during the race.

Bishop Hendricken, which won the NXN-NE title in 2009, will also be sending a team to the regionals. The Hawks, who were second at the states and fifth at the NE meet, have chance of placing high with the right kind of race. Also competing at Nike from the Ocean State will be the Barrington boys, North Kingstown boys and girls, Chariho Regional boys and girls, Toll Gate's Nick Cehersky and Nik Reygades, Barrington's Tea Bishop and two of La Salle's junior varsity squads.