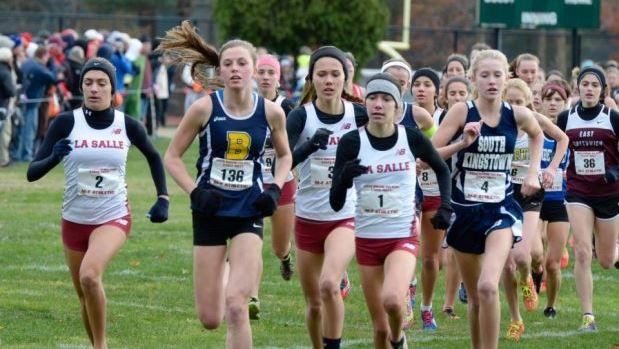 McMillan will try and make a little history this fall by becoming the first R.I. athlete to win state titles in all four years of high school. She certainly has potential to accomplish the unprecedented feat. Last year she proved that despite an injury that sidelined her from competing on the outdoor track team the previous spring, she still has what it takes to win on the wooded trails. McMillan biggest strength is her mental toughness. When it comes time for the big races, that when she shines the most. She's coming off a fall cross-country season where she not only won her third straight state crown but also finished fourth at the New England Championships and qualified for the Foot Locker Nationals in San Diego by placing third at the Foot Locker Northeast Regionals. McMillan had her best outdoor season for the Eagles last spring where she was a runner-up in the 3K at the state meet with a personal best of 10:09.71. She also recorded a PB of 4:42 for 1,500 meters. McMillan ran a state meet record of 17:42.87 as a sophomore and with the level of competition this season may have to dip under the mark to earn victory No. 4. As her rivals have often learned, don't count her out.