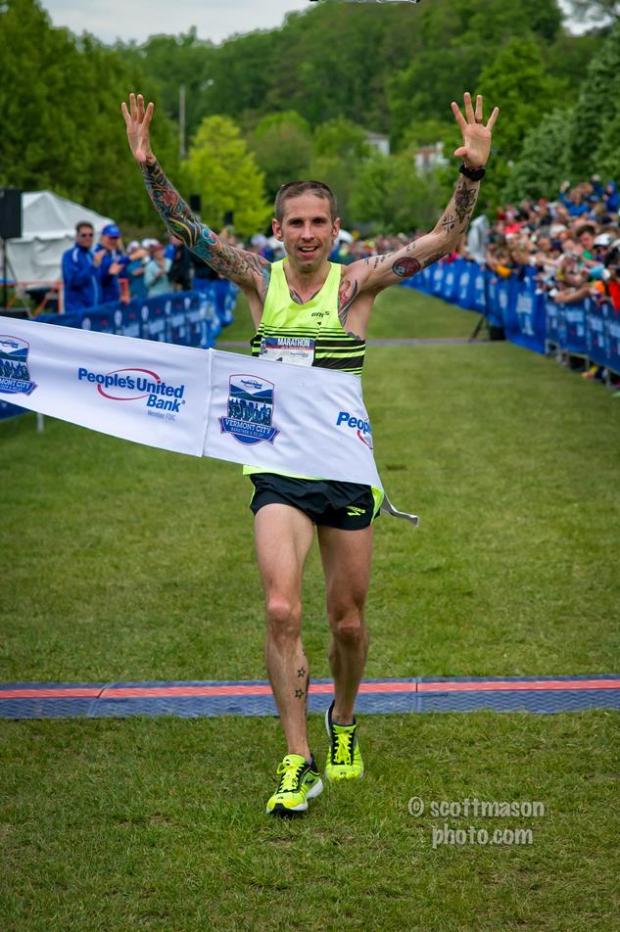 MIleSplit RI talked with recent Blessing of the Fleet 10-mile winner Matt Pelletier. Pelletier is proof that hard work and dedication can equate to unlimited success once you graduate from high school. Pelletier is a 1997 graduate of Warwick Veterans where he was considered to be a good runner with modest personal bests of 4:40 for the mile and 9:23 for the 3,000m. Fast forward nearly two decades later and he is one of the most accomplished long-distance runners ever in the state. Pelletier has particularly excelled at the marathon distance where he has won eight marathons. He's a five-time winner of the Vermont City Marathon where he owns his current best of 2:17:02. Pelletier has also broken the tape at the Clarence DeMar Marathon and this year was first at the Reykjavik Iceland Marathon and Hartford Marathon. He has qualified for the U.S. Olympic Marathon Trials in February, something he also did in 2008.

Pelletier, who captured the Blessing 10-miler this past Friday with a winning time of 50:55, is preparing for two more races in the coming weeks. He'll be at the starting line of the Run4Kerri road race in Matunuck on Sunday and the following week will answer the gun in Narragansett for the Bobby Doyle Summer Classic on Aug. 9. The Doyle race is part of the USATF-NE Grand Prix, a series that Pelletier is the current leader.

MileSplit RI: Congratulations on your recent win at the Blessing of the Fleet 10-miler, your (sixth) title at the Narragansett race. What was your goal going into the race? Tell us about your success at the popular 10-miler, a race you’ve won five times!

Matt: After checking into it after our talk, I’ve actually won the Blessing 6 times (2003,2007,2008,2012,2014,2015). My goal this year was just to be with the leaders for as long as I could. I’ve been sick for about a month, and my training has been spotty to say the least. I think I surprised myself the most by running such a quick time. I was expecting to run around 53:00 tops. I’m pleasantly surprised at my fitness level at this point, and puts me in a better position for Hartford in the fall than I thought I was in a week ago. This race has played out differently every time I’ve raced it. I’m a front-runner, so I like to keep the pace fast and not let it come down to a kick.

MileSplit RI: You were a good high school runner with a PR of 9:21 for 3K and 4:40 for the mile. But those times certainly don’t compare to what you have done post-high school. Now you’re are considered one of the top distance runners in the state with multiple sub-2:20 marathons over the last decade, including a PR of 2:17:02 at the Vermont City Marathon. What do you consider the reason you have been so successful since graduating from Warwick in 1997? I mean a 4:40 mile to a 2:17 marathon, that’s a HUGE jump!

Matt: My PR is 2:17:02 from Hartford 2014. The reason for the success in post-high school/collegiate running, is dedication to the sport and working hard. In high school, I goofed off a lot and didn’t take running seriously, and my results showed that. After learning what it took to be great, I applied myself a lot more, worked harder at it, and saw results. That, in turn, made me want to work even harder, and be the best I could be. I wanted to make sure that when the end of my career comes (and it will be here sooner than later) I’ll be able to look back and say I did everything I could do with the minimal amount of talent I had.

MileSplit RI: What has been the highlight of your career? Also, when did you feel you had the potential to make it to that elite level?

Matt: The highlight of my career (so far) was getting to run in the 2008 Olympic marathon trials. It had been my goal since 2000 to make it into that race. I’m privileged to get to participate again next year in the 2016 Olympic marathon trials. Elite is a relative term. I wouldn’t consider myself to be elite. I still have to work full time, and don’t make a living from the sport. Heck, I’m not even the fastest guy in my training group.

MIleSplit RI: A lot has changed on the high school scene since you competed for Warwick two decades ago. Times are certainly getting faster for boys and girls, especially in the distance events. What’s your thoughts on the current landscape here in Rhode Island (and beyond)? La Salle Academy, last year’s power team that won cross-country titles at the state and New England meet and also captured the Nike Northeast Regionals, has three of its runners this season - Jack Salisbury, Matt Bouthillette and D.J. Principe - that are capable of running the five-kilometer distance in the low 15-minute range, possibly even faster. On the girls’ side, running a five-minute mile is almost ordinary.

Matt: La Salle is the perfect storm right now. They have great coaching (Skelly, Myers, and Martin), a group of guys who understand what smart, hard training is, and that there are no shortcuts to being the best. They don’t race each other in practice, they take their easy days easy, and they stick to the plan the coaches have set in place. They’re also very talented kids. Staying healthy is the hardest part of the equation, and they seemed to have figured out how to do that as well. With all of that combined, there’s no telling what they could accomplish before they graduate. They’ve already written themselves into the high school record books, and they’re not done with that yet. I’m excited to see what they can accomplish collegiality, and then post-collegiality. I see nothing but success for these guys in their futures, as well as an established program at La Salle.

MileSplit RI: With the experience you have gained over the years, what type of advice would you give to a high school runner now?

Matt: There are no shortcuts to success. There is no magic workout, supplement, or pair of flats that makes you fast. It’s day after day after day of training added up to produce results. One workout doesn’t make you fast, just like one bad race doesn’t mean you suck. I’ve kept all my training logs since 2000, and I did my best running when I was able to stay injury free, and put together months of healthy, solid training. Running is the only sport where at the end of a season, there is no one to blame but yourself. How many days did you take off because you found an excuse not to run? Did you try and crush your teammates on easy days, when you were supposed to be recovering? Did you sandbag the workouts so you could run the last interval really hard and look like a hero? Were you eating as healthy as you could have, or did you try and power a race car on poor fuel? If I could go back and do high school and college all over again I would. I would put more focus on actually training harder, than just talking about it.

MileSplit RI: What’s your plans for the future? We know you have the Olympic Marathon Trials on Feb. 13, a race you qualified for twice this past year with your wins at the Reykjavik Marathon in Iceland and at Hartford.

Matt: My plan is the Run4Kerri this weekend, and the Bobby Doyle Summer Classic the weekend after. Then it’s shifting the focus to the Hartford Marathon in October. I might run the US 20K championships in New Haven in September, but that’s up in the air right now. Right now, I’m healthy again and enjoying running and putting in some quality training before school starts again. 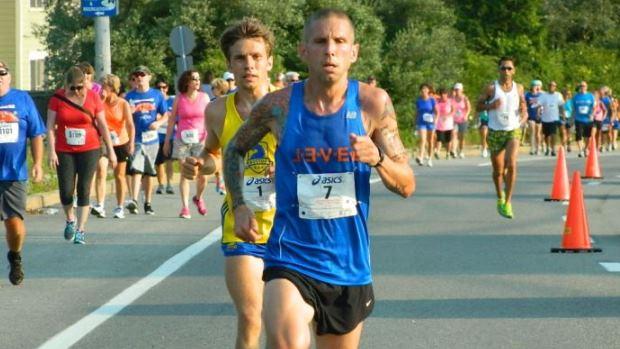