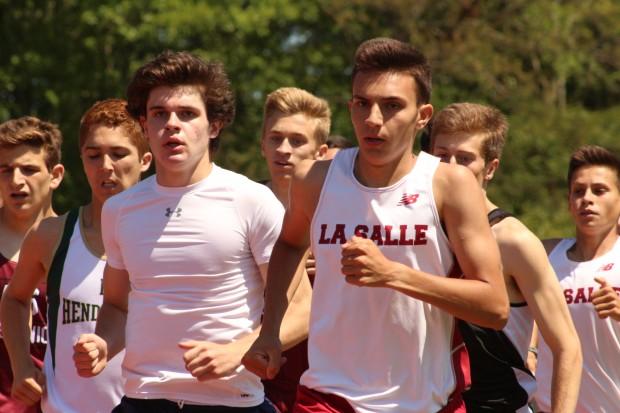 Based on the seed sheets, one thing is certain about Saturday’s state track & field championships at Brown Stadium. The winners of the team titles for both the boys and girls will not be determined into later in the meet, possibly the final event of the afternoon, the 4x400-meter relay. It’s that close!

By our calculations, La Salle Academy is a 94-78 victor over Hope High in the girls’ meet and the Rams have a chance to do it again on the boys’ side with a slim 83-78 decision over runner-up Barrington. Now throw in some surprises and the few disappointments that usually happen on track & field’s biggest stage and you have the makings for an exciting affair for the hundreds of fans that show up for Saturday’s meet and a nerve-racking six-plus hours for the coaches and athletes of the contending squads.

La Salle will be attempting a grand sweep of the cross-country, indoor and outdoor team titles at Saturday’s meet. To do that, it will not be a cakewalk for the Rams, who will have to be at their best on Saturday.

For the boys, La Salle has the ability to score nearly 70 points in the middle- and long-distance events (4x800m, 800m, 1,500m, 3,000m) with junior Jack Salisbury, junior Matt Bouthillette, sophomore D.J. Principe and senior Dan Paiva taking care of the bulk of the load. Look for the trio of Salisbury, Bouthillete and Principe to work together in the 1,500m, an event they own the top three seeds. East Greenwich senior Tommy Sommers, a No. 4 seed, has the ability to break up the party and Barrington sophomore Mars Bishop will be looking to get some valuable points for his teammates with a top finish. 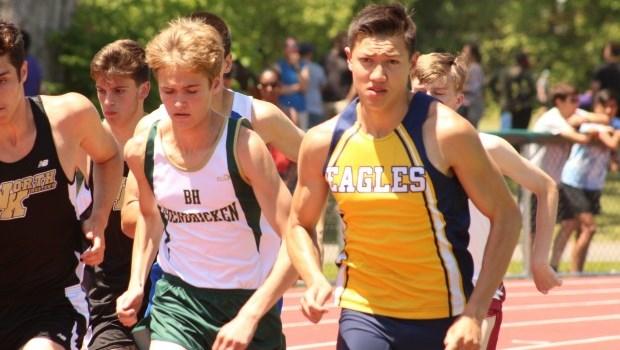 The Rams can also do some damage in the 800m with Salisbury and Paiva capable of challenging top-seed Ian Connors of North Kingstown for the individual title. Salisbury will have plenty of rest no matter how fast he has to run in the 1,500m, so don’t be surprised if he pulls off the double. Paiva, who clocked a 1:56 leg for his 800m leg on the Rams’ first-place DMR squad at the Penn Relays Carnival in April, could also break the tape. A one-two finish by the La Salle teammates would certainly increase their chances for a team title.

La Salle could also score quite a few points in the 3K where Principe, Bouthillette and Salisbury are the top three seeds. But look for a rested Sean Laverty of Cumberland to take charge and try and steal a win. Laverty is never afraid to challenge the leaders and goes in with an 8:43 best, just a few seconds behind the top-seeded Principe. Either way, expect the Rams to score at least 14 points in this race.

The Rams are also capable of scoring some needed high points in the sprints where it has one of the top 4x100m squads and junior speedster Cam Morenzi, who ranks among the top six in the 100m and is No. 3 in the 200m. 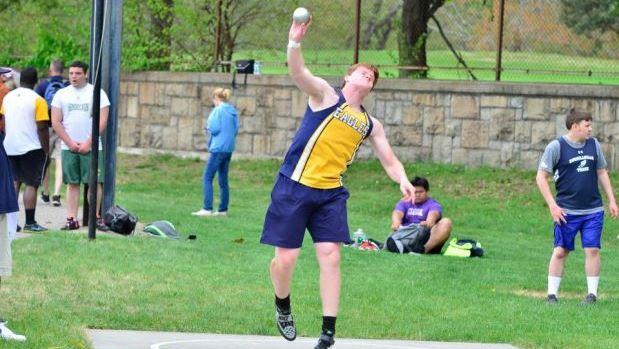 Again, La Salle’s biggest threat, and a legitimate one at that, is Barrington, seeking its first team title in school history. Whereas the Rams are loaded in the distance events, the Eagles can create havoc in the throwing events. Barrington’s Bobby Colantonio and Adam Kelly, the nation’s best hammer throwers, are almost an automatic 18 points with either capable of winning or finishing second. Kelly is also ranked No. 2 in the shot and is a third seed in the discus and senior Jamie Heinl has the best toss in the javelin with a 172-02 effort. Teammate Mike Alvernaz can score in all four throwing events (hammer, discus, javelin and shot put) with rankings in the top six in all of them.

Toll Gate coach Norm Bouthillier has stated often that he feels the pole vault will be the difference. He could be right, considering that’s one of those events that can be unpredictable when the competition is close, due to its difficultly. Four vaulters in the field have gone higher than 13 feet with Classical’s Newell Roberts at No. 1 based on his PR performance at the Hendricken Invitational where he reached a winning height of 14-2. The Eagles’ Jon Cavanagh is tied at No. 2 with North Kingstown’s Robert Cassidy with a best of 13-6. With a differential of just five points between La Salle and Barrington based on the seedings, a win by Cavanagh could changes things substantially. Either way, expect a down-to-the-wire affair between these two powerhouses with East Providence and North Kingstown potentially taking the next two spots. 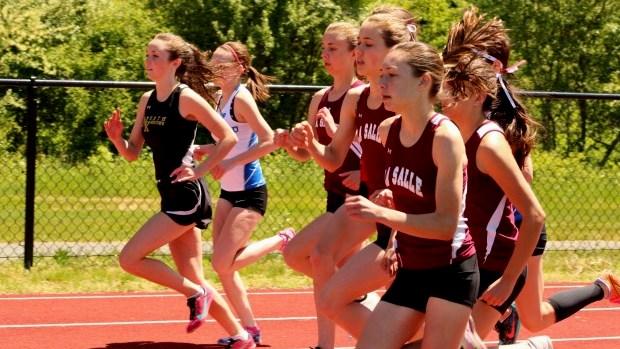 On paper, La Salle is a nearly 20-point favorite for the girls’ title. But it should be a lot closer against a tough Hope squad that’s led by nationally-ranked sprinter Quashira McIntosh, who always rises to the occasion at the state meet. McIntosh, a multiple state champion and record-holder, will be attempting to become the third girl in state meet history to win the 100m-200m-400m at the states and there is no doubt she can pull off the improbable triple. She owns the top seeds in all the events and also anchors the top-ranked 4x100m relay squad. Hope also has the best athletes in the 300m hurdles and the triple jump with Chevell Burgess and Whitney Jackson holding those spots, respectively, and is the No. 1 seed in the 4x400m relay.

Like the boys, the Rams are distance-heavy with junior Eliza Rego, senior Sheridan Wilbur and junior Karina Tavares leading a group that can rack up at least 70 points. Rego, alone, has the ability to score 20 points individually with victories in the 1,500m and 800m, two events she is comfortably ahead of her rivals as a No. 1 seed. The Rams also have one of the fastest 4x100m relays.

La Salle also has the top two seeds in the pole vault with senior Michaela McNamara and junior Kelsey Coughlin both tied at No. 1 with a height of 9-6. 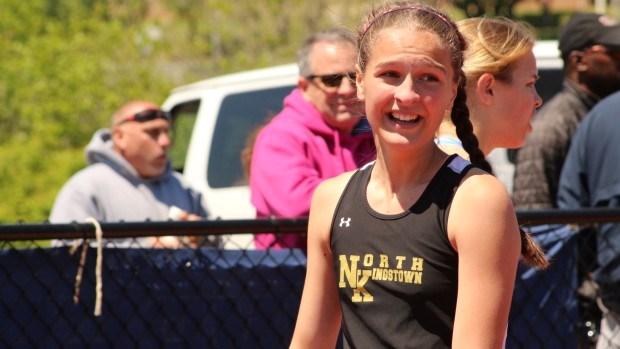 You also can’t count out North Kingstown to battle with the leaders, although its a longshot. The Skippers have freshman Tereza Bolibruch, who could score 20 points by herself. She’s the top-ranked 100m hurdler and also is seeded No. 2 in the long jump and among the top six in the 300m hurdles. The Skippers also have the best javelin thrower in Paige Olauson and are ranked high in the 1,500m with sophomore Katarina Ho. N.K. can score at least a dozen points in the pole vault with five athletes in the field, including freshman Katy Brayman, who has done nine-feet even.

Be prepared for some great performance at Saturday’s meet and an exciting finish for the team crowns.