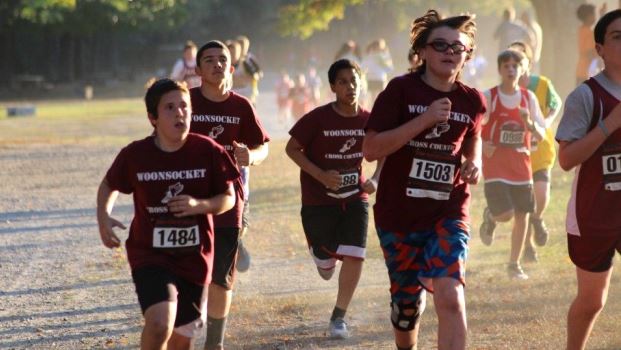 If you take a glance at the junior high results of last week’s Ocean State X-C Invitational you won’t find Woonsocket Middle School near the top. In fact, the young Novans are down near the bottom, among the last few teams in the standings.

But right now this isn’t about trying to win titles or compete with the upper-echelon of the field. Hopefully that will come later.

For the coaches and members of this year’s WMS squad, it’s about rebuilding. Rebuilding a team that was eliminated from the school’s sports program five years ago due to budget cuts and is now back on the trails this fall season.

At the Ocean State meet, more than 50 boys and girls wore the maroon and white of Woonsocket.

“I am really excited, especially with the amount of kids we had sign up,” said co-coach Lara Crawford. “You can see the enthusiasm already, lot of them were signing up and were so excited.”

Crawford is a professional runner. She is one of four members of the Woonsocket-based New England Distance Project, a non-profit organization that supports top-level, post-collegiate track athletes. It supports these athletes in a unique way.

“We support them for two-year fellowship. We support them with coaching, places to train, sport medicine, gear, travel stipends in order to have them be able to get to a level where they can compete nationally and represent New England on the national scene,” NE Distance president and founder Nich Haber said. “While they are with us, each athlete spends at least 16-20 hours a week coaching, mentoring and working with local youths in Woonsocket.”

The Project gets additional funding from Performance Physical Therapy of Rhode Island, located in the city and seven other locations. It also gets volunteer assistance from retired Brown University coaches Bob and Anne Rothenberg, American 5K record-holder Molly Huddle and a few others. 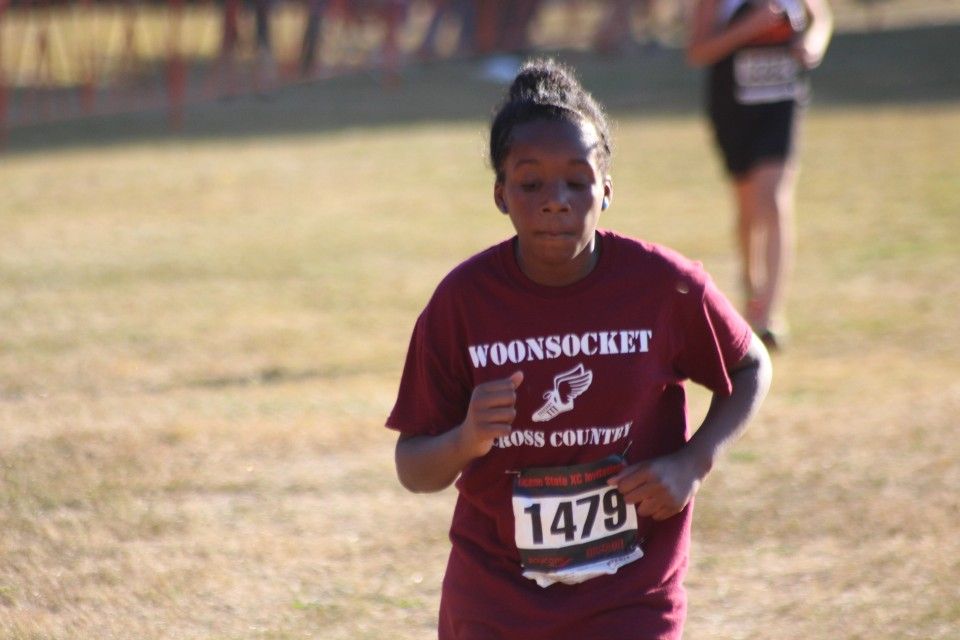 “If you look anywhere in Rhode Island at who’s doing great things that involve running and the community and Bob and his wife, Anne, are right there. They were just fantastic to be involved with,” Haber said. “Also on board is Dr. Sue Donahue, who has a chiropractic practice here in Woonsocket and Molly Huddle is on our board. She’s a fantastic mentor to our athletes and role model for all of us. She’s incredibly accomplished and humble. It’s just an honor to have her involved in our program…We got a really active board that love what they are doing and everybody is focused on the mission of the program which is to have NE athletes be able to compete at the highest level and represent us, while getting involved with the community and bring youth sports back to Woonsocket.

The New England Distance Project, which partners with NeighborWorks Blackstone Valley and Woonsocket After-School Coalition, is entering its third year and first with the community-based task of rebuilding a running program in the city. The idea was spearheaded in 2013 by the late George Nasuti, the school’s athletic director at the time and a huge advocate of youth sports.

“He called me up and said what we really need is a middle-school cross-country team, can you make this happen?” Haber recalled. “So in 2013 we started looking to figure how we could do it.”

Nasuti’s tragic passing from head injuries suffered from a fall last February while refereeing a youth basketball game in Burrillville, inspired Haber and Co. to move forward to make his request happen.

“For us, it’s a big honor to carry on George’s legacy,” the NE Distance Project founder said. “(His death) was really tragic, shocking. He was such an amazing guy, so beloved in this community. We like to do anything we can to honor his memory and use sports as a way to bring the community together. That’s what he was all about. We want to be a part of his legacy.”

From high above the clouds, Nasuti had to be smiling back on Aug. 26 when the NE Distance Project held signups for the cross-country program at the two middle-school facilities.  More than 140 kids showed up that day. The roster has dwindled since that first day, but it’s still an impressive 50-plus.

As for the coaching staff, the young runners are well-equipped with a knowledgeable crew, all who have earned quite a bit success with a pair of racing flats on their feet. The coaches include NE Distance Project members Crawford, Katie Spratford, Henry Sterling and David Goodman. 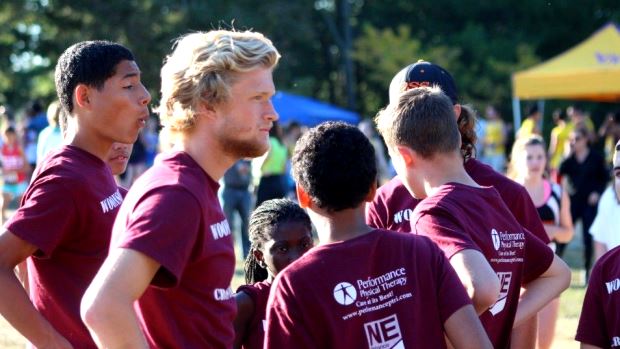 Sterling couldn’t have been happier with his decision to come on board with the NE Distance Project.

“I am interested in teaching so I wanted to pursue my running dream. Luckily I read what they have to offer. It’s exactly what I wanted. The ability to give back to the community, to do something that is close to teaching and also running professionally in New England. It’s great,” he said. “I came from a pretty small high school. On our team, we probably had 15-20 kids. It’s going to be awesome having them all work together, just getting that motivation going. It’s going to be good.”

Crawford, who captured the PawSox 5K this past August, was briefly an assistant coach at Shippensberg. Coaching middle-schoolers will be a new experience.

“It’s going to take some learning, but I think it will be fun,” she said. “It’s going to be more about keeping them interested and having fun so they want to come back. It should be fun.”

Spratford expressed her eagerness to convey her knowledge to the young harriers.

“My passion for running began in middle school so I am really excited to hopefully translate that to these kids and help them,” she said. “I am just so excited to see how driven they are…It’s really great and I think getting kids involved at such a young age is awesome because they learn to set goals, set dreams and chase them.”

The Woonsocket Middle School squad may not win a meet this year or even the following year. But the success here is not about wins and losses. It’s about the benefits of now having a team at the inner-city school and moving forward. It’s also about making a wish come true for a truly dedicated and loved athletic director.

Judging by the smiles on the faces of this year’s team after R.I. Track and Field Foundation president Rick Marshall singled them out during the Award’s Ceremony at the Ocean State Invite, Woonsocket Middle School and the New England Distance Project are right on track. 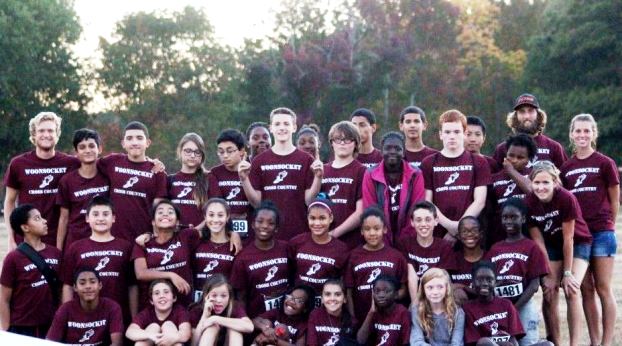