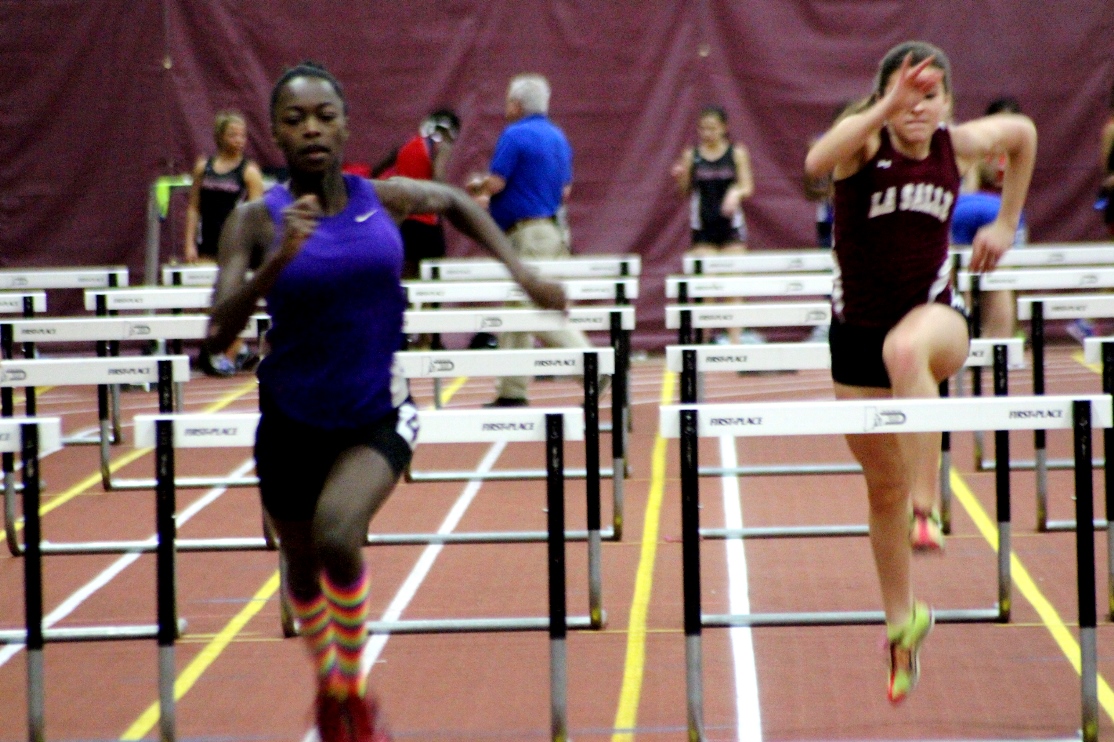 La Salle Academy has plenty of talent on its squad, but it was its depth that made the difference on Monday.

Without some of their key athletes, particularly in the sprint events, the Rams still managed to earn the team plaque in the Headley Division Championship by defeating their toughest rival Classical High, 144-115, at the Providence Career and Technical Academy field house.

Among some of the valuable point-scorers that were noticeably missing at the divisional meet was senior Amanda Joyal and junior Stephanie DiTraglia. Joyal is currently ranked No. 3 in the state in the 300-meter run and ninth in the 55 dash. DiTraglia is No. 2 in the 55.

As usual, La Salle scored a considerable amount of points from its distance runners with 60 of its total accumulated in the 1,000 to 3,000.

“Today we didn’t expect to win because we are sitting out a number of kids, a couple of them just need the time off,” said Ram coach Dave Wright. “The kids that did run, they all lowered their times with season best or personal best. They have all moved themselves up the list. That was really the goal to try and move kids up the list.”

Sophomore Eliza Rego was the lone individual victor for La Salle. She captured the 1,500 with a time of 4 minutes, 50.99 seconds. She was also second to Classical’s Maddy Berkson in the 3,000. Berkson pulled away from her rival in the late stages of the race and won with a time of 10:16.92, while Rego finished second in 10:18.98.

The La Salle runner has had a strong indoor season this winter that’s included a win in the mile run at the Dartmouth Relays, a victory that earned her a spot in next month’s junior mile at the New Balance Grand Prix. Rego is coming off a great cross-country season where she was consistently one of the top runners in the state. The only blemish occurred at the R.I. championship where she was unable to finish after she collapsed with a 1,000-meter left due to a fast-early pace.

That race is all behind her, according to Wright.

“She’s doing well,” he said. “I can’t complain. She’s a tough kid. She’s bounced back well from cross country. I think (the state meet) kind of messed with her a little bit mentally. But it only happens to you if you put it all out there, and that’s what she did. She’s had a great indoor season so far.”

The Rams, who also finished first in the 4x800 relay (9:49.13), had four placements in each of the middle and long-distance events. They also picked up a considerable amount of points in the 55 hurdles. The event was won by the Purple’s Alicia Holloway, who was timed in 8.79. La Salle’s Morgan Wainwright, the runner-up at 9.03, led a 2-3-4-6 finish by her teammates.

Even though Berkson has run some fast times, including a state record in the 3,000 (Hispanic Games, Yale Track Classic) and a nation No. 1 in the 600 (New Balance Games), she still needed to get some quality efforts in-state to insure she would run in the seeded heats at the state meet.

That was her primary goal on Monday. 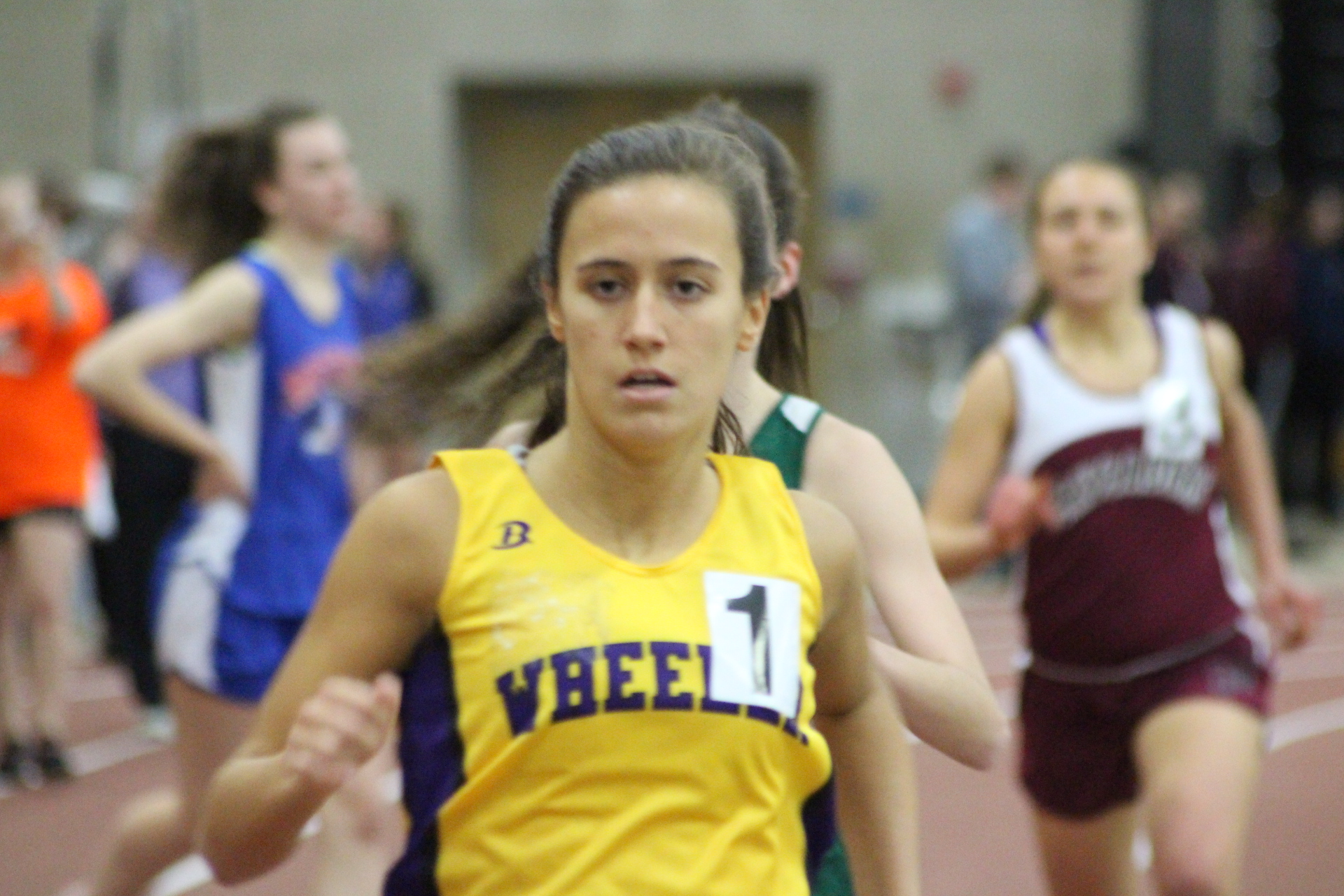 Narragansett’s Carly Timpson and Leia Mistowski, two athletes that have potential to place high at the state level, won their respective events. Timpson, the state’s top leaper, captured the high jump with a height of five-feet even. Mistowski was first in the 20-pound weight with a heave of 51-2.5. The Mariners’ weight-thrower, who was second at the states last year and sixth at the nationals, sits atop the R.I. rankings this winter. 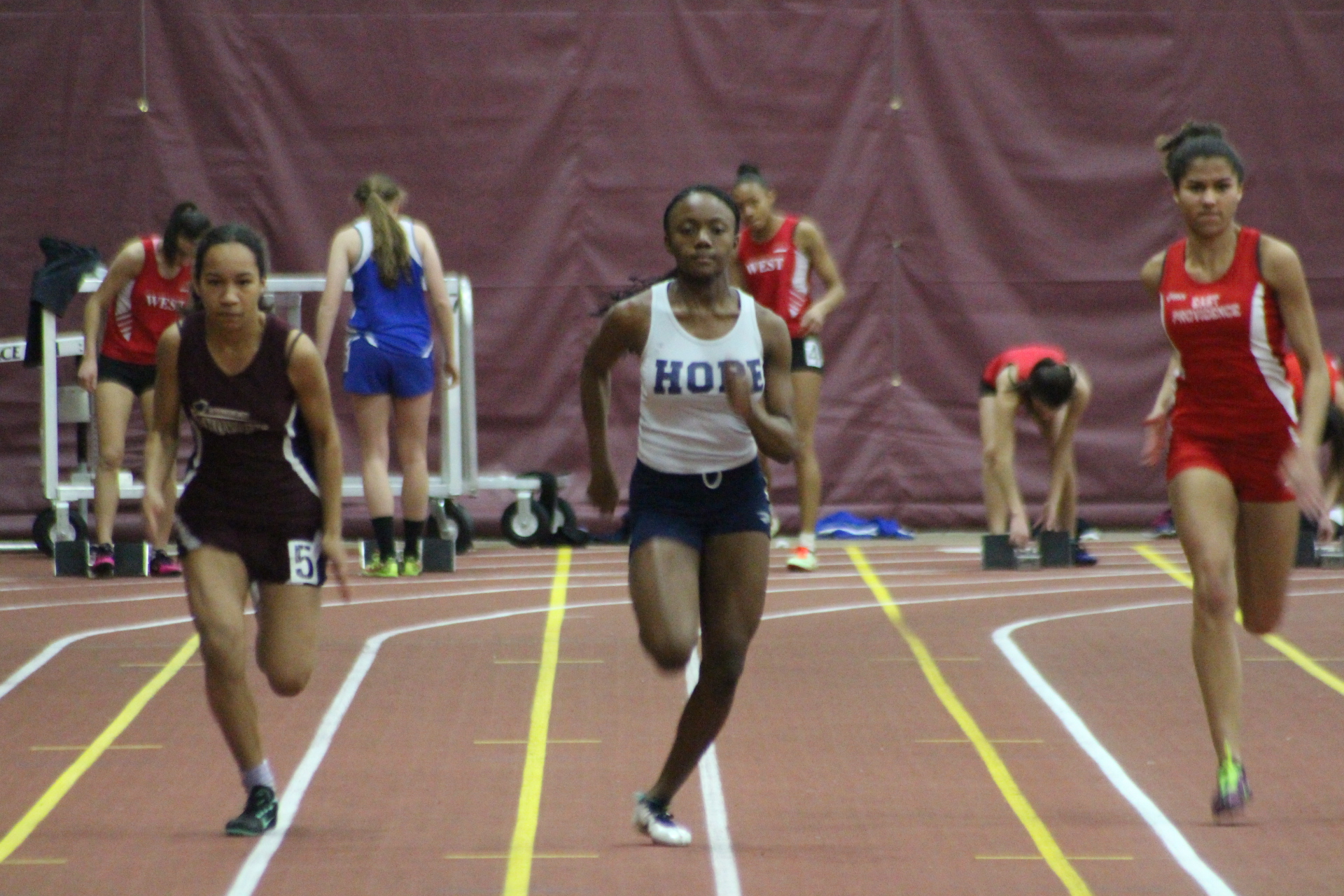 Barrington sophomore Julia Zitzmann claimed the 600 title with a quick 1:42.81 effort, a time that puts her No. 6 on the state list. 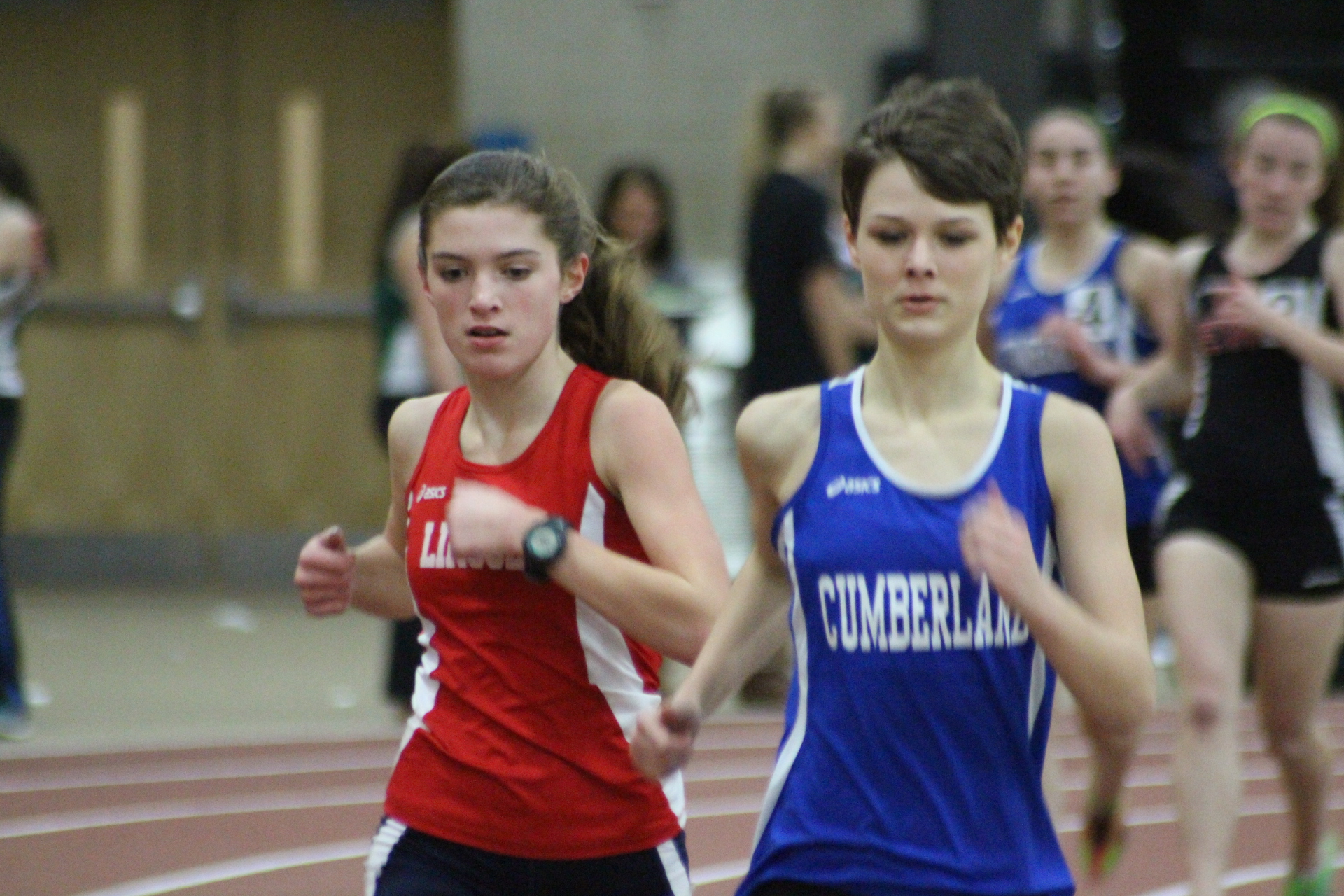 Cranston West beat Cumberland, 130.5-116, for the plaque. The Falcons’ Ocean Williams, a junior, was first in the 55 dash with a time of 7.58. Junior Annabelle Hauck, an exchange student from Germany, took the long jump with a distance of 17-5.

Cumberland sophomore Meaghan Scullin had a big-time PR in the high jump, winning the event with a leap of 5-3. She improved on her best by three inches and is now ranked No. 2 statewide, behind Timpson’s 5-4 effort at the Rhody Track & Field Classic earlier this month.

Exeter/West Greenwich senior Tori Ebert was also a double-winner. She copped the shot put (38-2.75) and the weight throw (48-5).