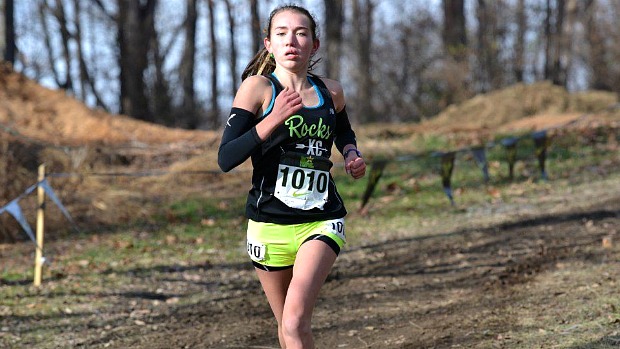 Bishop Feehan senior and Cumberland native Abbie McNulty earned a ticket to the Nike Cross-Country Nationals on Saturday by placing second in the Northeast Regionals at Wappingers Falls, N.Y. McNulty, who had a three-second lead at the halfway mark, finished the five-kilometer course at Bowdoin Park in 18 minutes, 3.5 seconds. Courtney Smith, a senior from Unionville (Penn.), won the race with a time of 17:58.59.

McNulty rebounded nicely from her performance at the MIAA All-State Meet two weeks ago where the state’s No. 1 ranked harrier collapsed at the two-mile mark while leading the race and never made it to the finish line. It also erases a frustrating fourth-place finish at last year’s regionals where she missed a trip to the nationals by one placement.

Also securing a ticket to the nationals was Barrington sophomore Emma McMillan, who ran 18:31.1 for fourth overall. La Salle sophomore Karina Tavares placed 13th overall at 19:08.0. A few placements behind was Barrington senior Abby Livingston, who was timed in 19:14.7 for 16th overall. Needham sophomore Marge Cullen took 21st among the 252 competitors with a time of 19:17.4.

As a team, Bishop Feehan was fourth with 184 points and Barrington placed fifth with 204. La Salle finished seventh among the 35 teams with 256 points.

In the boys’ competition, Christian Stafford of Pembroke  finished fourth place with a time of 15:50.9.  Connecticut’s Trevor Hopper, a senior from Ridgefield, was fifth at 15:53.5. Newburyport junior Nick Carleo was tenth overall with a time of 16:01.4. He was just a few strides ahead of Bishop Hendricken senior Colin Tierney, who was 11th with a 16:01.8 clocking.

The La Salle tandem of freshman DJ Principe and Jack Salisbury were 27th and 30th, respectively, Principe covered the 3.1 terrain in 16:24.8, while Salisbury crossed the line in 16:27.2. West Chester Henderson (Penn.) senior Tony Russell won the race at 15:46.4.