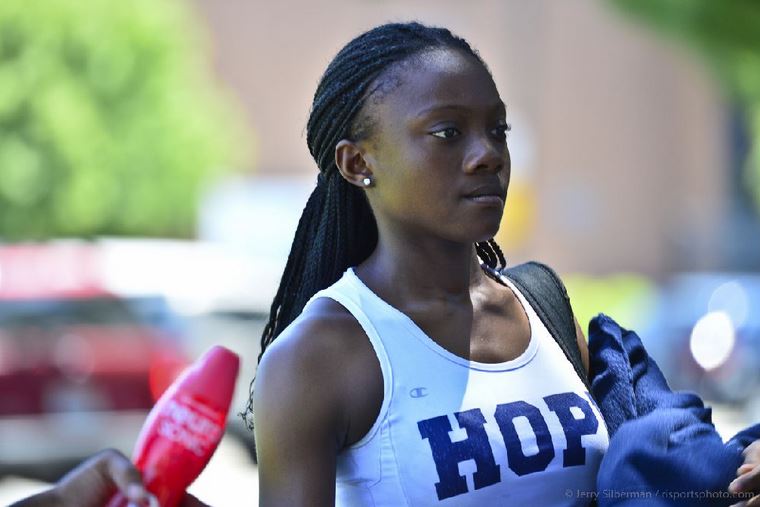 By the looks of it, Rhode Island will be sending a large contingent to this weekend’s New Balance Outdoor National Championships (June 14-16) in North Carolina with nearly 30 athletes competing individually and seven relay teams. 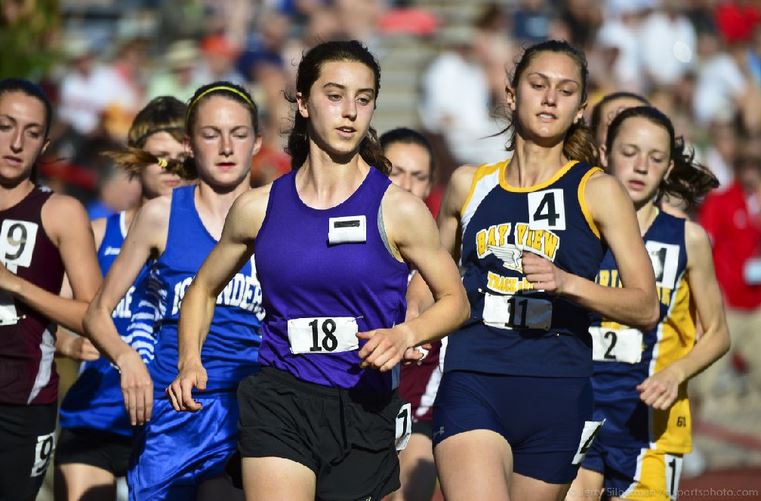 No. 1 distance in the

country with her winning toss of 178 feet, 7 inches at the R.I. state meet. Copper has been peaking nicely with throws of more than 170 feet in three of her last four meets. She won the Mount Pleasant Invitational on May 25 at 173-3 and was recently 15th overall at the Chicagoland Throwers Series in Illinois with a 175-0 best. Copper also captured the New England Hammer Throw Championship on June 5 with heave of 168-5.

The Classical star’s top competition appears to be North Pacono (Pa.) senior Jennifer Slagus and Narcross (Ga.) senior Casidy Callahan. Slagus ranks No. 2 nationally with her best of 172-10.5 and Callahan is third on the list at 169-4.75. The hammer will have the most from the state at the meet with nine girls expected to make the trip.

The boys’ hammer could also produce a victory, albeit a longshot. In that event, Barrington senior Charlie Ionata ranks No. 2 among the competition. Ionata, the state and New England titlist, tossed his career-best of 240-5 at the R.I. championship. He has been consistent all season long and, like Copper, has saved his best for last. In his past five meets, he has broken 230 feet with wins at the Classical Classic, Class B Championship, Hendricken Invitational, State Meet and the New England Hammer Throw Championship.

In order to win, Ionata may have to throw about 10-15 feet further than his PB. Leading the field is Averill Park (N.Y.) senior Rudy Winkler, who recently won the Chicagoland Throwers Series with a heave of 254-9.75. Winkler is a three-time national champion in the 25-pound weight.

Barrington and La Salle, who were 1-2 finishers at the New England Championship, will be looking to achieve All-American status in the girls' 4x800-meter relay. Both are capable of breaking nine minutes as evident by their record-breaking performances at the NE meet where the Eagles ran 9:05.49 and the Rams ran 9:06.22. Barrington currently ranks No. 9 in the country and La Salle is 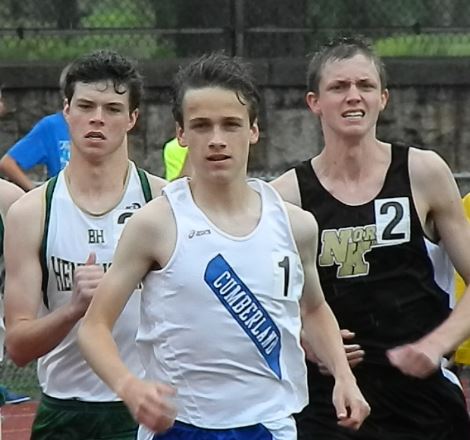 The girls’ 800 will feature one of the most talented R.I. trios in history. Classical junior Maddy Berkson, Barrington junior Abby Livingston and Bay View Academy senior Erica Johnson are all capable of breaking into the top 10. Berkson won the unseeded heat and finished fourth overall at the New England meet with a season-best 2:09.9. At the NBNI meet, she ran her all-time best of 2:06.67 to take third overall. Johnson ran her best of 2:10 this past weekend and Livingston ran an astonishing 2:08 as the anchor for Barrington’s winning 4x800 squad.

The field is loaded, featuring the NBNI champion Sabrina Southerland of Benjamin Cardozo (N.Y.), who ranks No. 3 nationwide with a 2:06.09 season best. Recent New England titlist Hannah Parker of Coe-Brown Academy (N.H.) will also be on the line. She set a meet record this past weekend by running 2:06.42 (US#5).

Hope sophomore Quashira McIntosh is entered in the 200 where she owns a best of 24.44. She is also in the Emerging Elite 100. The multiple state champion and record-holder broke 12 seconds for the first time at the New England meet with a R.I. record of 11.97.

For the second straight year, Cumberland senior Trevor Crawley will be competing in the 5,000. Crawley captured the last three state titles (outdoor, indoor) in the 3,000.  He ran his PB of 15:28.37 for the 5K at last year’s nationals. The current R.I. mark is by former Westerly great Andrew Springer, who ran 14:56.46 at the nationals in 2007.