“Absolutely, I knew it,” said Lyons, about his team’s chances for prosperity. “People thought I was crazy and then they started believing in me. I can remember walking out at the Class A meet and all the coaches were standing there and (North Kingstown coach) Charlie Breagy said to me, ‘Bob, you got a good team this year.’ I put my hand to my mouth and went ‘Shhh, don’t tell anybody.’” 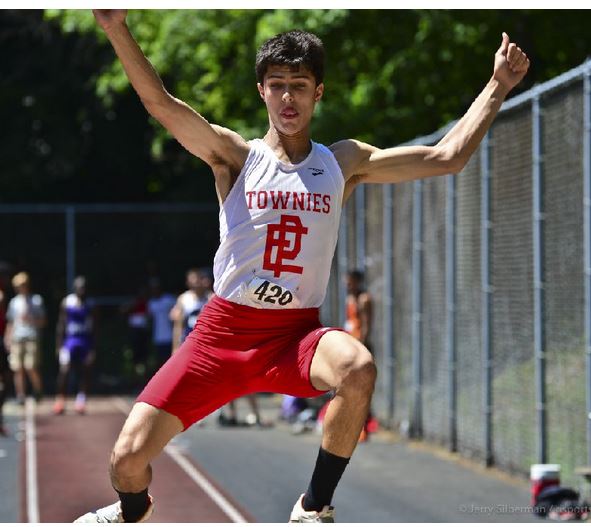 One of the worst kept secrets of the season materialized Saturday afternoon as the talented Townies took care of business at Brown University Stadium to win the team plaque at the R.I. Track and Field Outdoor Championships. East Providence, which solidified the crown by placing second in the final event, the 4x400-meter relay, collected 69 points. Hendricken and North Kingstown tied for second with 64 points.

The Townies’ Ryan Williams, undefeated all season in the short sprints, continued his streak by winning gold in the 100- and 200-meters dashes. The junior standout was timed in 10.98 seconds in the 100 and was clocked 22.1 in the 200. He also ran a leg on the Townies’ third-place 4x100 squad that combined for a time of 43.68.

“Aside from being an unbelievably talented runner, you couldn’t have a nicer kid. The security here commented about what a nice kid he is,” Lyons said. “We left Ryan alone today. We told him there is no pressure on you, just do your best and let the chips fall. You have been undefeated all year, just do it!”

Even though he was favored to win the two crowns, Williams admitted there was no pressure once he planted his spikes into the starting blocks.

“I kind of had 100-percent confidence coming into here,” the E.P. sprinter said. “I stayed undefeated all season. I came in here with high hopes that I would win the 100 and the 200. I raced against a great field of competitors. They were all around my same time. I give props to every single one of them.”

“All season it’s just been that 110-precent dedication,” Williams said. “I worked up to this point and I came in and did what I had to do.”

East Providence also had a runner-up finish from senior Chris Moura in the long jump (21-5) and a fifth-place finish from sophomore Trystan Casey in the triple jump. But one of the biggest surprises and a key reason the Townies were able to walk away with the trophy was the performance of senior Joshua Rambert.

Rambert, a top long-jumper, shocked the field by winning the 110 hurdles with a 15.49 clocking. He nearly stole the show in the 300 hurdles, finishing a close second to defending champion Benjamin Stewart of North Kingstown with a time of 41.25.

Lyons was contemplating on whether or not to enter Rambert in the hurdles where he was one of the last seeds or in the long jump, where he was a capable of a high finish.

Rambert had shown potential to run a time in the low 15-second range in the hurdles, but a week earlier struggled to a fourth-place finish at the Hendricken Invitational where he ran a time of 17.74 seconds into a headwind.

“You always want to do the right thing and put the team in position to win. It came down to Josh, can you find the magic and jump your 20-11 or 21 feet in the long jump or can you run a 15 and change in the hurdles?” Lyons said.  “I sat there literally for four hours, drove everybody nuts who was within a mile of me. Finally I called up and said let the kid make the decision. I said do whatever you want to do and he said, “Coach I can win the 110 hurdles.’ Seeded 15th, he won the 110 hurdles. He was seeded sixth in the 300 (hurdles) and if he didn’t clip a hurdle, you may have had a double-winner. We got 18 points out of Josh and if you looked at the seed sheet, we should have just got one. That’s what it’s about. Funny things happen at the state meet. I am just glad we benefitted from the funny things. I am out of my mind right now.” 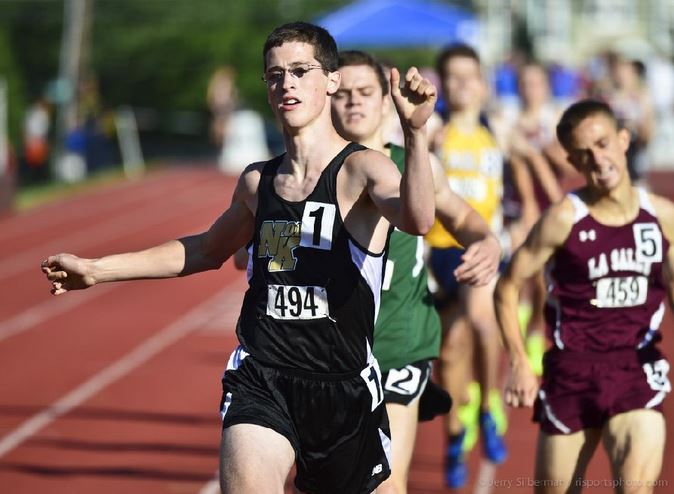 Junior Zachery Emrich and Stewart were big scorers for North Kingstown. Emrich proved successful in a tough double, breaking the tape in the 400 and the 800. Emrich beat Pilgrim senior Steve Croft in the 400 with a personal best of 48.55. Croft was second at 50.68. In the 800, the N.K. standout held off Chariho Regional senior Bryce Kelley, the defending champion, with a time of 1:57.05 to Kelley’s 1:58.05. Kelley did win his second straight 1,500 crown with a time of 4:00.74.

“I knew he was ready,” said Breagy, about Emrich. “I thought it was a good plan and it did pay off.”

“Ben just hadn’t been himself this year,” Breagy said. “Sometimes a runner has a growth spurt or whatever, but we are working on it. Today was a big step forward for Ben. He came through like a champ today. He won the 300 hurdles easy after he nearly fell three times. Once he gets it right he can run like 38, 39 seconds.”

North Kingstown senior Conor Hayward was second in the pole vault at 13-6.

Hendricken, which was looking to win its first state title since 2010, relied on its depth to keep it in contention. The Hawks took the 4x100 relay (42.61), but that was their only victory for the afternoon.

The Hawks collected 14 points in the 100 with the finish of Moses and Kanga and the 3,000 with senior Connor Doyle taking second at 8:53.11 and junior teammate Colin Tierney placing third in 8:53.96. The 3K was won by defending champion Trevor Crawley, who led from gun to wire and crossed the line at 8:46.95.

The Hawks also had a surprise, second-place finish from senior Reggie Deresier in the triple jump, who was more than four-feet further than his seed with a 43-6.5 effort.

“When you look at the state meet scoring, I was actually pleased to see us in (contention),” said longtime coach Jim Doyle. “We had a big performance in the triple jump. We had a kid that was totally not ranked, finishing second in the triple jump. He scored big points for us. The 4x800 placed third and they got six points. The 4x100, we won that in a new school record. That was incredible. And in the 100, we got second and third. We had a good feeling. We were looking good.”

The Knotty Oakers’ Warwick, a consistent top finisher at the state level in multiple events, came home with two titles, winning the long jump at 21-11.5 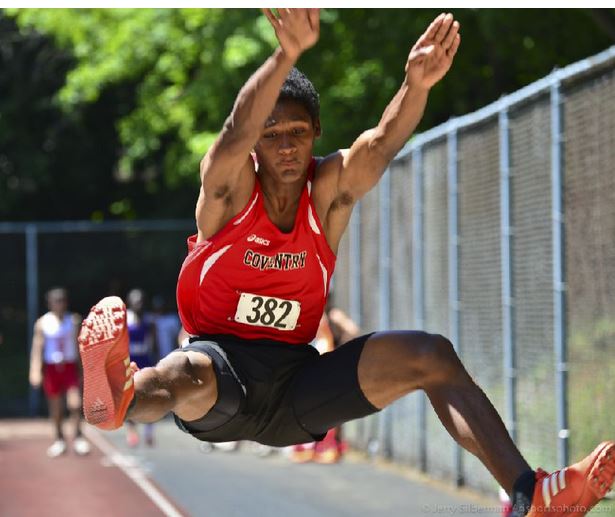 and the triple jump with a personal best of 45-1.

“We knew that the most stressful and tipping point of the competition was the long jump,” said Coventry coach Carlton Bradshaw, about his star athlete, who was also second in the high jump at 6-4 and third in the 200. “The event could not dominate his energy. He was lucky that he was able to put it together and have his winning jump on his second (attempt). I think that really set everything up. First of all, he had already won something and that feels great and he had energy for everything else.”

Once again, Barrington senior Charlie Ionata did not disappoint. The Eagles’ standout weight-thrower captured the hammer with a personal-best throw of 240-5. That distance ranks No. 2 in the country and is the ninth best all-time nationally. Ionata also placed second in the javelin (185-11) and the discus (159-8) and was fourth in the shot put (50-1).

Exeter/West Greenwich senior Zachery Hurd defended his title the javelin with a heave of 189-2. Westerly junior Joe Colao won the discus at 160-4, Cranston West senior Mikritch Arslayan took the pole vault with a height of 13-0, Central Falls junior Eric Mateo, the indoor titlist, captured the high jump by clearing 6-4 and Coventry senior Aaron Comery, who won back-to-back indoor crowns, placed first in the shot put with a distance of 54-5.25.