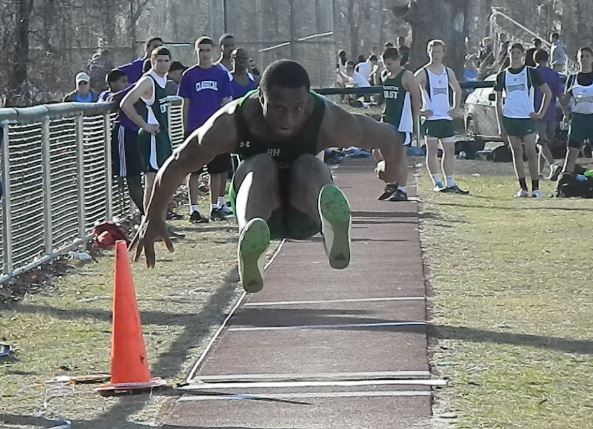 The outdoor track and field season is barely two-weeks old and already things are heating up.

MileSplit RI was on site this past Monday at Bishop Hendricken where the Hawks could never relax in a too-close-for-comfort 83-71 win over Central Division rival Classical High. There were several state-worthy performances in that meet, which also included Central and Hope. 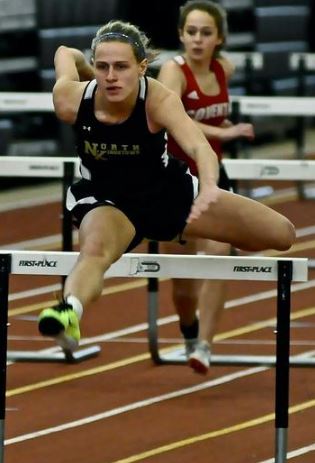 Hendricken sophomore Lee Moses, who was one of the stars for the afternoon, had a pair of state-leading efforts, winning the long jump at 21-feet even and also sizzling to a fast time of 22.2 seconds in the 200-meter dash. Based on those performances, Moses would have been among the best at last year’s state championship. In that meet, the 200 was won with a fully-automated time (FAT) of 22.23 by Hope senior Jarell James and the long jump was captured by West Warwick senior Eddie Uthman at 23-0.25. Moses’s hand-held time in the 200 converts to a FAT of 22.47 or second overall in the race. In the long jump, Moses would have placed fourth, just a half an inch behind third-place finisher Ryan Rei of Cumberland.

Keep in mind, it’s only April and Moses is just a sophomore! The state meet on June 1 is nearly two-months away. There’s still plenty of time for even more improvement.

Speaking of Moses, he was also on the Hawks’ 4x100 relay team that finished second to Classical with a time of 43.5 in an exciting race to begin the meet. The Purple snagged gold by a mere tenth of a second at 43.4. Not too shabby for an early April meet. In the 2012 states, Pilgrim and Central placed 1-2 with times of 43.45 and 43.47, respectively.

The hammer throw looks like it will be a hotly-contested event. At the Hendricken meet, two athletes went over 200 feet and both were from Central. 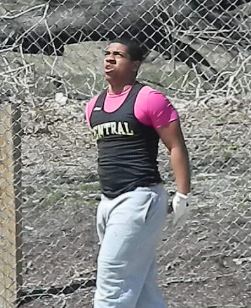 Senior Carlos Mangum, a fourth-place finisher in the event at last year’s states, won with a distance of 205-6, while teammate Clarence Gallo was the runner-up at 205-1. Both throwers also placed second and fourth at the Knights of Columbus Relays on April 6 with distances of 208-6 and 202-4, respectively.

South Kingstown’s Mahlik Handley cracked the 200-foot mark with a distance of 203-7 in a meet with East Greenwich and West Warwick on Monday. And you can’t forget our inaugural male Athlete of the Week, Barrington senior Charlie Ionata, who won the K of C meet with a heave of 222-4 (US #2). His sophomore teammate Adam Kelly was third at 203-3.

In last year’s state meet, three athletes tossed better than 200 feet.  So far, we have five.

The girls’ 100 hurdles should also be exciting. North Kingstown’s Maria Bolibruch, who won her second straight state crown in the 55 hurdles this past indoor season, cruised to a strong, early-season time of 15.5 in a Southern Division meet with Coventry and Exeter/West Greenwich on Monday.

The two other top hurdlers in the state faced each other in a Northern Division showdown with Cumberland’s Breigh Souliere beating defending outdoor champion Angela Ragosta of Smithfield. Souliere, who finished as a state runner-up for the second straight year in the 55 hurdles, was timed in 15.5 to Ragosta’s 15.6. All those hurdle times are within the ballpark of the top four finishers at last year’s states, which Ragosta won in a FAT of 15.15.

Coventry senior Aaron Comery, the two-time indoor shot put titlist, came close to his season best in his specialty with a heave of 55-3 in a meet with North Kingstown and Exeter/West Greenwich. Defending champion Zachary Hurd of Exeter/West Greenwich had an impressive throw of 175-1 in the javelin. It’s 15-feet shy of his winning effort at last year’s states, but for this early it shows he’s on track to repeat.

‘Zach’ of all trades

Judging by his success in the middle-distance events, it would appear that North Kingstown junior Zachery Emrich will either run the 400, the 800 or both at the upcoming state meet. Emrich won the state and New England indoor crowns in the 600 and established a state mark of 1:20.58. He also ran a best of 1:54.4 for the 800 at the New Balance National Indoor (NBNI) Championship.

This past week the versatile Emrich proved he can run just about anything on the oval. In the Skippers’ dual meet with the Scarlet Knights and Knotty Oakers, the talented runner racked up 15 points individually for his teammates by taking the 100, 200 and the 400. His times were legit, too. He blazed the 100 in 11.6, ran 23.5 in the 200 and 50.6 for the 400. 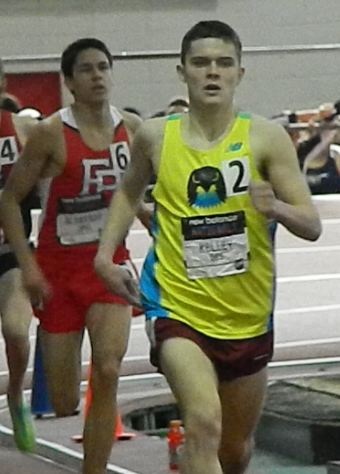 Based on the current entry list, Rhode Island will be represented by three athletes at the 119th Penn Relays 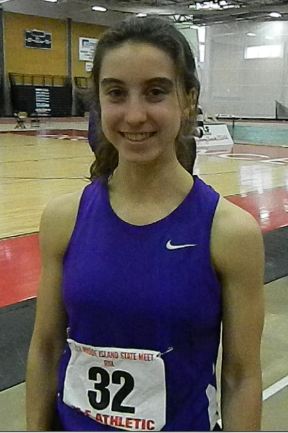 Carnival, held at the Univerrsity of Pennsylvania's historic Franklin Park from April 25-27.

Chariho Regional senior Bryce Kelley is entered in the high school boys’ mile. Kelley is no stranger to big-time, out-of-state meets. He competed in a handful during the indoor season, including the New Balance Games in New York, the Yale Invitational, the Dartmouth Relays and the NBNI, where he ran his PR for the mile of 4:15.37. This will also be the second year that the Charger standout has been at Penn. In last year’s meet, he was part of a state record-setting 4x800 squad that finished fourth overall. He is also a member of Chariho’s 4x1 mile relay squad that set a national mark at the NBNI in 2012.

In the high school girls’ mile, another athlete who is familiar with elite competition will be toeing the line, Classical junior Maddy Berkson. Berkson, who won three events at the indoor state meet, ran her mile PB of 4:50.5 at the Brooks PR Invitational in Seattle, Wash., on Feb. 24.  Last month, she also sizzled to a state mark of 2:06.67 for the 800 at the NBNI, where she placed third overall.

The other R.I. entry is Zachary Hurd of Exeter/West Greenwich, who will be in the javelin. He had his best of 190-0 when he won the outdoor state title last year.

MileSplit (including yours truly) will be on site for the Penn Relays and will provide plenty of stories, video interviews and photos of the three-day event.

Highlights of this week’s dual-meet action:

Victoria Ebert won four events for Exeter/West Greenwich, taking the shot put, discus, javelin and the hammer. Her afternoon was highlighted by a 36-8 toss in the shot and a 125-3 effort in the discus. Teammate Morgan Hart placed first in the pole vault with a height of 10-0. North Kingstown’s Maria Bolibruch captured the 100 hurdles (15.5), the 200 (26.7) and was on the winning 4x100 relay. The Skippers’ Aisha McAdams won the 1,500 with a solid time of 4:58.9

Two of top hurdlers faced each other in this Northern Division meet. In the 100 hurdles, Cumberland’s Breigh Souliere edged Smithfield’s Angela Ragosta with a time of 15.5 to Ragosta’s 15.6. Souliere also went home with the 300 hurdles title with a 51.7 clocking. Ragosta placed second in that event, but snared wins in the long jump (15-0) and the triple jump (33-7).Smithfield, which swept the meet, had a solid win from Stephanie Mattson in the 400 at 62.5.

There were several noteworthy performances in this Southern Division meet. Coventry’s Aaron Comery unleashed the shot put a state-leading 55-3 and also heaved the discus 133-2. In the javelin, Exeter/West Greenwich’s Zachery Hurd had a strong performance with a distance of 175-1. North Kingstown middle-distance star Zachary Emrich excelled in the shorter distances by beating the competition in the 100 (11.6), the 200 (23.5) and the 400 (50.6). The Skippers also had strong wins from Ben Stewart in the 300 hurdles (40.9), Ian Connors in the 800 (2:02.8) and Dallin Smith in the 1,500 (4:15.9). Coventry’s Lawrence Warwick won the triple jump at 42-6.