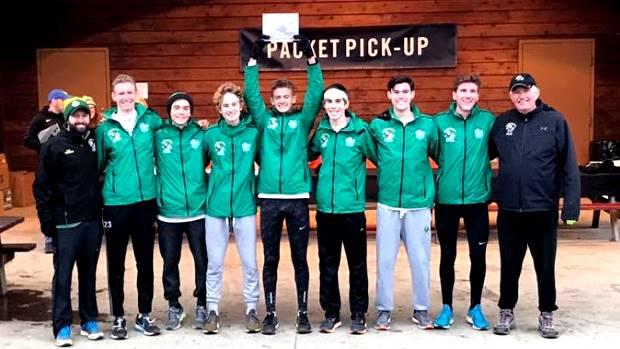 The season's not over for the Hawks quite yet.

A week after a humbling defeat to state rival La Salle Academy at the New England Championships, an inspired Hendricken squad rebounded in a big way on Saturday. Led by a spectacular fifth-place finish from senior Jack McMahon, the Hawks took runner-up honors at the Nike Cross Nationals Northeast Regionals, a placement that earned them a spot at next weekend's nationals, held in Portland, Oregon. It's the first trip out west for the Hawks since winning the regional title in 2009.

Christian Brother's Academy defeated Hendricken for the team title by a slim 99-108 margin. La Salle, which was leading the meet at the midway point, was fourth with 140 points.

McMahon spearheaded the effort for the Hawks, coming from about 60th place at a mile and a half to a top-five finish. He edged eventual sixth-place finisher, Lesandro Berry of Mount Arafat (ME). The Hawk standout was timed in 16:14.60 to Berry's 16:14.80 effort.

Portsmouth's Liz Sullivan was the first RI finisher in the girls' race. She was tenth with a time of 19:07.7.