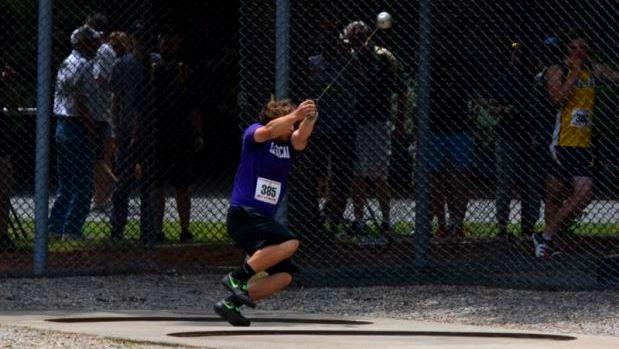 With three boys and four girls among the top 10 in the rankings, Rhode Island's hammer throwers have once again demonstrated their strength inside the circle this spring on a nation scale.

The Irv Black Invitational in Connecticut this past weekend was the latest example.

Classical's Jacob Furland, who currently ranks No. 3 in the country, won the boys' individual title with a heave of 212 feet, 2 inches. Furland had two other 200-plus throws in the series with efforts of 211-0 and 204-4 . Finishing second and third, respectively, were Lincoln teammates Kyle Moison (206-4) and Matthew Thibaudeau (194-1).