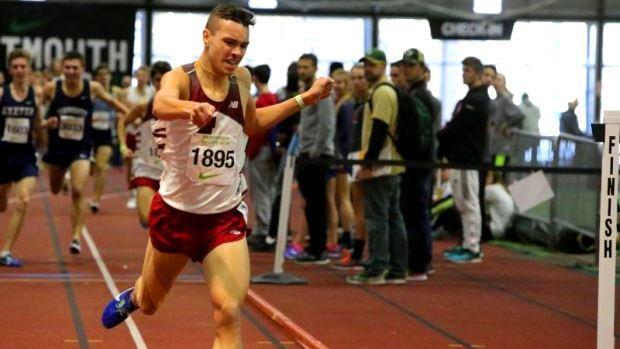 This event certainly has the makings for a down-to-the-wire affair. It will feature La Salle's Joseph dos Reis, North Kingstown's Jack Perrault, Hope's Elijah Akindele and Toll Gate's Nikolas Reygadas. The favorite in this race is dos Reis. If the race comes down to the final lap, the Ram junior gets the nod with his devastating kick. It appears the only way to have a chance at beating dos Reis in this one is to take race out hard from the start. Perrault and Reygadas are two of those individuals that aren't afraid to do that. Dos Reis has the top time in the field with his 2:36.4 effort from a dual meet earlier in the season. Our guess is this race has potential from a time in the 2:34-2:35 range with the field that will toe the line. Perrault and Akindole have also run sub 2:37 and Reygadas has done 2:39.32, but we know he's capable of much faster.