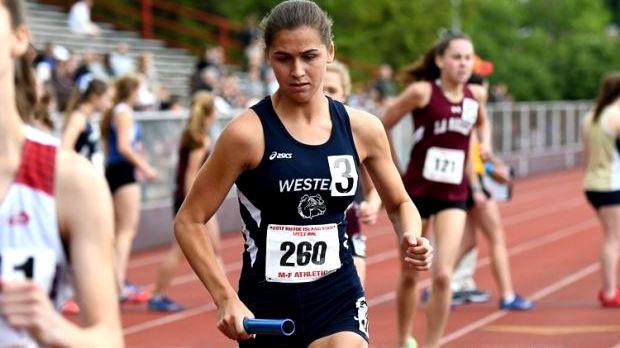 After a 10-year absence, the Bulldogs are back on top once again.

In a meet where at least five teams had a chance to bring home the hardware, it was the Bulldogs that were able to secure the crown, defeating second-place Portsmouth, 67-56. North Kingstown was third with 49 points.

The Bulldogs' depth proved crucial in the outcome as they earned just one victory in the 19 events. Westerly's lone win came in the 4x100m relay where the foursome of Leila Cox, Emma Santee, Sydney Federico and Helena Hall-Thomsen combined for a time of 50.05. 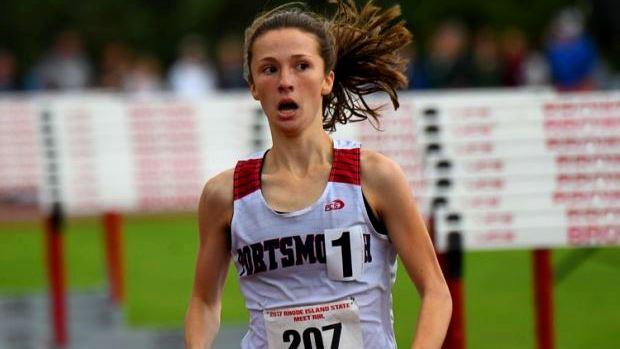 La Salle's Emily Kane finished a gutsy second to Merrill in the 1,500m where she posted a two-second best of 4:31.94. She came back and claimed her first individual title, by coasting to the 3K crown in 10:07.35.

Ponaganset's Gianna Rao, the state's top hammer thrower, took her specialty with a solid heave of 181-10. Lincoln's Samantha Andrews was second with a distance of 169-5.
North Kingstown's Tereza Bolibruch made it three in a row in the 100m hurdles wit a winning time of 15.03. Toll Gate's Casey Gannon won the 300m IH in a PB of 44.77.