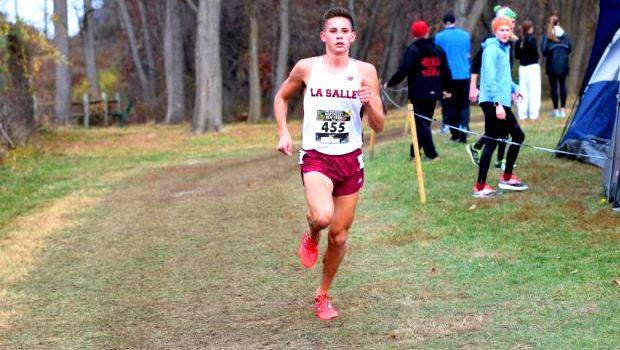 D.J. Principe will try and make history for Rhode Island this Saturday when the La Salle Academy senior battles some of the top runners in the country at the Nike Cross Nationals (NXN).

Based on his season this fall, and after his dominating win at the NXN-Northeast Regionals, Principe has a legitimate chance to become the first runner from the Ocean State to earn a national title in cross country. He definitely should be ranked among the top five.

We've had national champions in track & field before. Former Westerly great Andrew Springer captured the mile run at the now-defunct Nike Indoor Nationals in 2009 and last June Principe claimed the outdoor 5,000-meter title at the New Balance Nationals. But never on the dirt trails has a Rhode Islander been able to take home gold.

It could happen this weekend when Principe toes the line at the Glendoveer Golf Course in Portland, Oregon for the boys' race, scheduled to begin at 11:35 a.m. PST. He proved this past weekend that he just might be in peak shape to contend with the best the nation has to offer, cruising over a very-difficult five-kilometer terrain at Bowdoin Park in a new course record of 15:18. Principe stated after his race that he felt amazing and certainly looked it with his dominating 30-plus second victory.

On the subject of cross-country's biggest stage, how have our former and current Rhode Island runners done at the Nationals? We looked through our data base and with the assistance of some reputable people, such as former Cumberland High all-stater Jim Dandeneau, who owns a wealth of knowledge when it comes to RI running and its history, we compiled a list of runners that have competed at NXN and the Foot Locker Nationals.