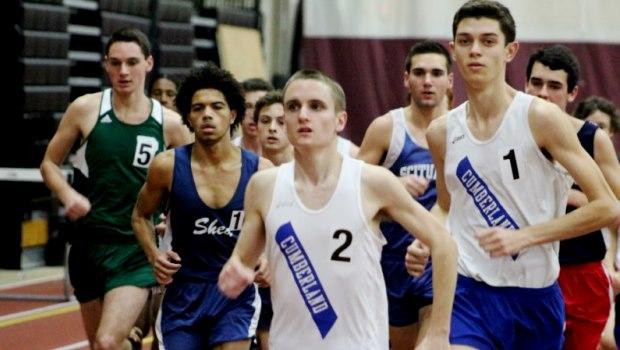 North Kingstown and Cumberland proved no contest for their competition in their respective divisional meets on Tuesday night. The Skippers defeated second-place Rogers, 140-59, in a Southern Division match-up. In the Northern Division, it was the Clippers by a score of 142-64 over runner-up Mount St. Charles Academy.

North Kingstown had a double-winning performance from senior Stephen Cirella, who captured the long jump with a leap of 21 feet. 1.75 inches and was first in the shot put with a heave of 49-1.5. Youth played a big part in the victory for the Skippers. Freshman Sam Toolin broke the tape in the 1,500-meter run with a time of 4 minutes, 9.5 seconds. Jack Perrault, another talented ninth-grader,  set a PR of 1:29.43 to take the 600m. Sophomore Randol Denney was victorious in the 300m at 37.50.