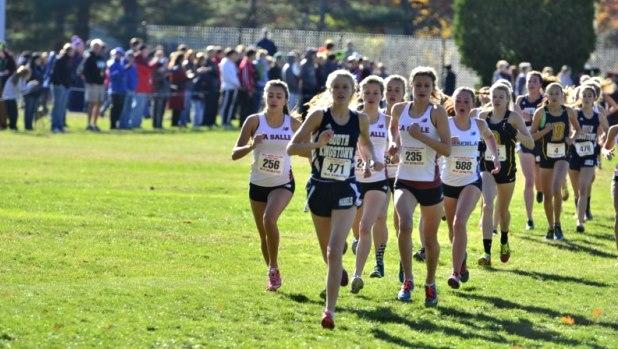 It's not about what team will win the girls' state championship. The odds are favorable to the umpteenth degree that it will be La Salle Academy hoisting the team plaque at the end of Sunday's meet.

The real story (or stories) this weekend are who will finish as the top teams behind the Rams and who will capture the individual title? The endings to these storylines are still up in the air.

But first let's start with the team title. With a similar makeup to last year's squad that eventually placed ninth at the Nike Cross Nationals, La Salle should coast to its third straight crown at Ponaganset. The Rams won the heavily-talented Class A meet this past weekend with just 23 points! La Salle has three of its runners - senior Eliza Rego, senior Karina Taveres and sophomore Grace Connolly - that could place among the top five on Sunday. Freshman Emily Kane and Elise Papazian, who were sixth and ninth, respectively at the class meet, have potential of finishing in the top 10. It appears the only way that La Salle will not win is if it misses the bus or some of the runners decide to watch the Patriots game against the Redskins instead (Trust us, not worth it. Should be a blowout). 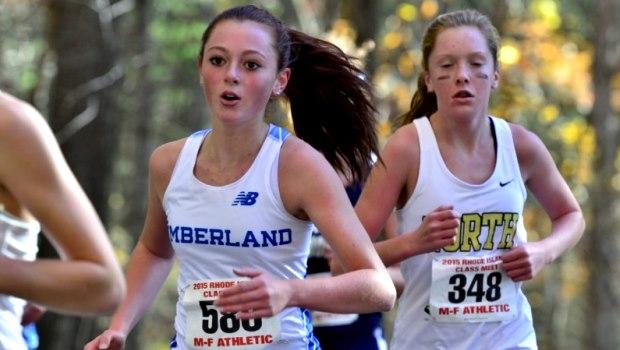 What about the other contenders? North Kingstown looks like the top squad for a runner-up placement. The Skippers were second to La Salle at the Class A meet with 63 points and have three solid runners up front in sophomore Katy Brayman, senior Bethany Nunnery and her ninth-grade sister Lily Nunnery. Bryman was sixth this past weekend with a time of 19:07.01. Bethany was seventh (19:14.56) and Lily was 13th (19:29.66). South Kingstown and Cumberland are also legitimate top-3 finishers. The Clippers placed fourth at the class meet, just seven points behind SK. Cumberland was able to do that despite missing its top runner, Amy Laverty, who has been battling flu-like symptoms. If the gifted senior is healthy this weekend, she is a capable of running a time in the high 18-minute, low 19-minute range, a clocking that could earn a top 10 finish.

Individually, it looks like a two-person race between South KIngstown sophomore Ellie Lawler and the Rams' Rego,the 1-2 finishers at the Class A meet. Lawler has been red-hot lately, winning the Skee Carter (Bronco) Invitational and the class meet with sub 18-minute efforts. She was third at last year's state meet. Rego, who won the individual crown at the Maine Festival of Champions and was fourth in the Eastern States' race of the Manhattan Invitational last month, will be looking to erase a few years of tough luck at the states. She was the top-ranked runner in the field the last two years but has come up short at the finish line. As a sophomore in 2013, she collapsed on the course with about a half-mile remaining after leading for most of the race. Last year she placed fourth. We're guessing it will be different this fall for the La Salle standout, a three-time state champion last year in indoor and outdoor track. Will it be enough for a victory? Maybe. Like the boys' team competition, this one could come down to the last 100 or 200 meters of the race.

So while it may be easy to predict who will win the team plaque, Sunday's girls' race still should provide plenty of excitement.